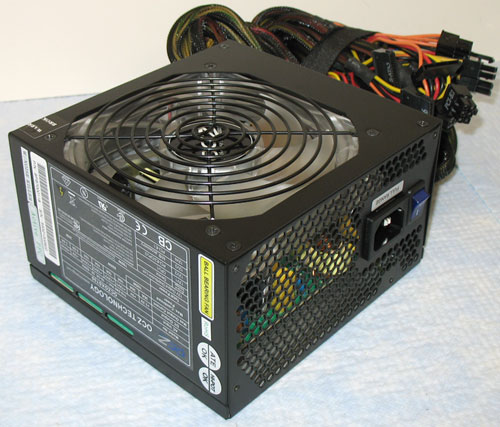 One of the basic measures of any ATX power supply is the unit’s overall physical weight.  This may seem rather simplistic but it generally holds that more industrial grade components and larger heatsinks equal a better PSU.  The following graph illustrates how the GameXstream 700W PSU compares to some other popular power supplies on the market. 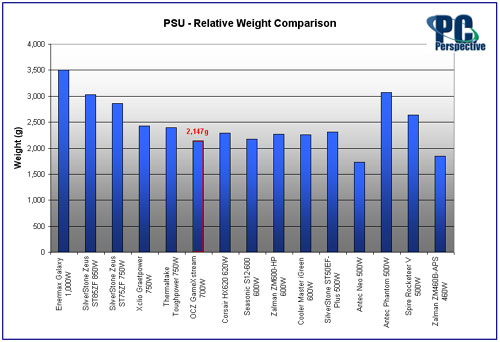 Even though the GameXstream PSU is rated for up to 700W output, the chassis is no bigger (longer) than a standard ATX PSU (140mm).

To simulate real world and maximum loading conditions, the GameXstream PSU was connected to the load tester, supplied with 115 VAC, and allowed to burn-in for 24 hours before voltage readings were taken.  In this test we are interested in seeing how well a PSU can maintain the various output voltages while operating under different loads.  The DC output voltages were measured with a FLUKE digital multimeter.

The new ATX12V V2.2 tolerance for voltages states how much each output (rail) is allowed to fluctuate and has tighter tolerances for the +12V outputs.

The following table lists the DC voltage results at different loads for the GameXstream 700W PSU while operating on 115 VAC, 60 Hz.

The PSU produced excellent voltage regulation on all of the outputs across a broad range of loads; even when delivering up to 700 watts of DC power.  All major outputs stayed within the Â±5% and the +12V rails were particularly strong, which is very good!

Ideally we would like to see no AC noise on the DC outputs — the cleaner the better!  But in reality there will always be some present.  I measured the amplitude of the AC signal (in millivolts, peak-to-peak) to see how well the power supply complied with the ATX standard.  The following table lists the ripple/noise results during all of the load tests for the seven main output voltages of interest.

The GameXstream 700W power supply exhibited good AC ripple suppression across the entire load range, especially for the +3.3V and +5V outputs.  Of course as the load increased, so did the magnitude of the AC ripple, but that’s normal and to be expected.  All values stayed within the recommended limits, even at the maximum rated output. 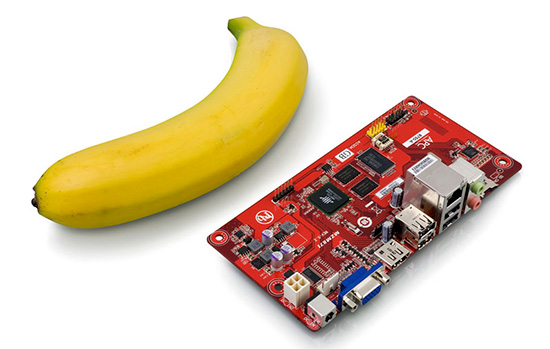 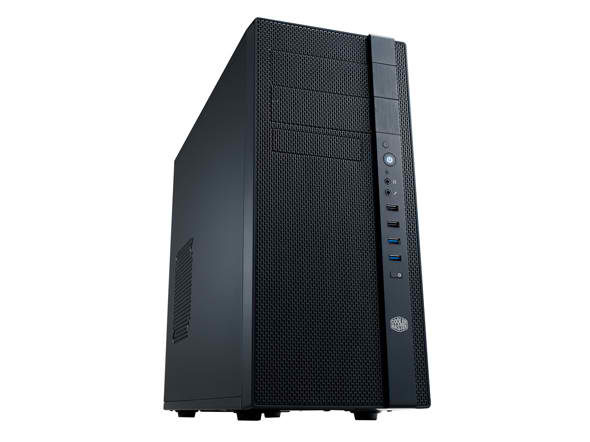 Now you don’t have to buy the whole package