The Big Typhoon VX is almost identical in size to the original Big Typhoon HSF.  It is a rather large cooler but thanks to its tapered shape, the cooler provides good clearance around the CPU socket area.

The main heatsink section of the Big Typhoon VX is identical to the original.  The main differences between the two models are a more powerful variable speed fan and a different style of mounting hardware that is used on the VX model.

Before we go into detail about the changes, let’s review the basic construction of the Big Typhoon heatsink.  This cooler uses a relatively large copper base and six copper heat pipes to transport heat up into two closely spaced aluminum fin arrays.  Three heat pipes go to one set of fins and the other three heat pipes go to the other set of fins.  An aluminum fan shroud serves to tie the two sets of fins together and allows mounting a 120mm fan on top of the cooler. 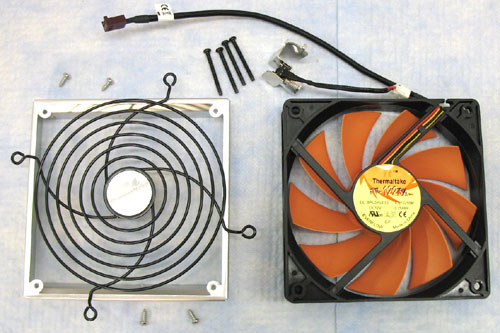 The fan assembly can be easily removed by taking out the four corner screws. 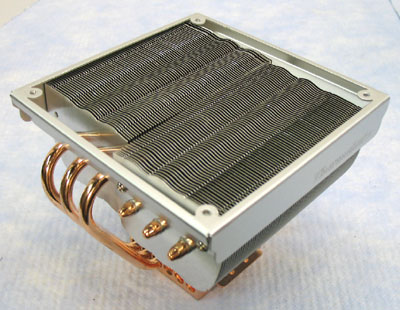 Each heatsink array contains 71 aluminum fins, which are densely spaced.  This provides a lot of surface area for heat dissipation but also requires a little extra push from the fan to move air thru all those closely spaced fins. 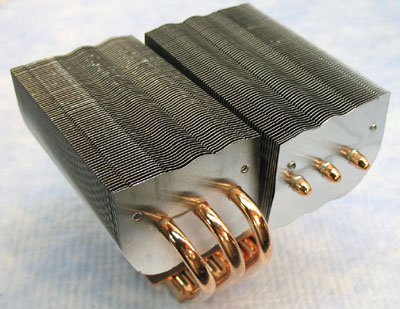 The original Big Typhoon HSF used a 120mm fan made by Hong Sheng (A1225L12S) with a maximum speed of 1,300 rpm.  The new VX model uses a 120mm fan made by Everflow that includes a small speed control attached directly to one corner of the fan.  The Everflow fan (F121225SM) is rated for up to 86.5 CFM and 34 dBA at 2,000 rpm when operating at 12V.  This is a nine bladed, medium speed fan that uses sleeve type bearings.  It pulls a maximum of 3 watts (0.25A) so should be OK to plug directly into a motherboard 3-pin fan header. 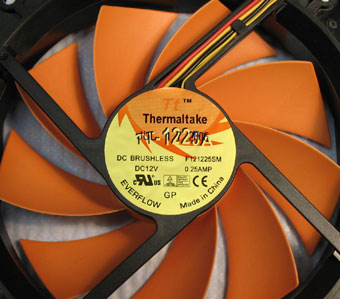 Thermaltake includes a nice wire fan guard that will help prevent stray wires and fingers from getting caught in the fan blades without restricting airflow. 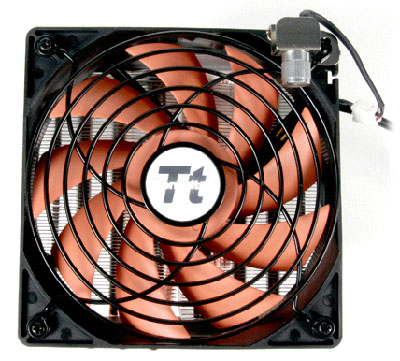 The copper base of the Big Typhoon VX appears to be flat but has a moderately coarse finish. 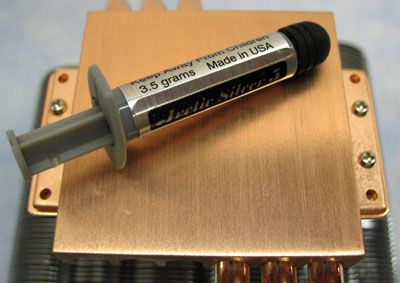 The second big change for the Big Typhoon VX cooler is the mounting hardware.  The previous Big Typhoon used Thermaltake’s classic H-style steel mounting plates.  While they provided a very secure and robust mount, their use typically required removing the motherboard for installation.  The new Big Typhoon VX instead uses two separate mounts.  One is designed for Intel LGA775 systems and uses four plastic push-pin feet like most OEM style coolers.  The AMD mount is designed to work with both K8 (socket 754, 939, 940) and AM2 systems. 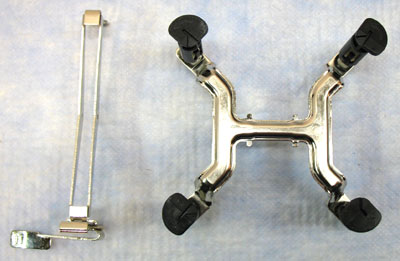 The Silentator: it’s name speaks for itself

See your systems info at a glance 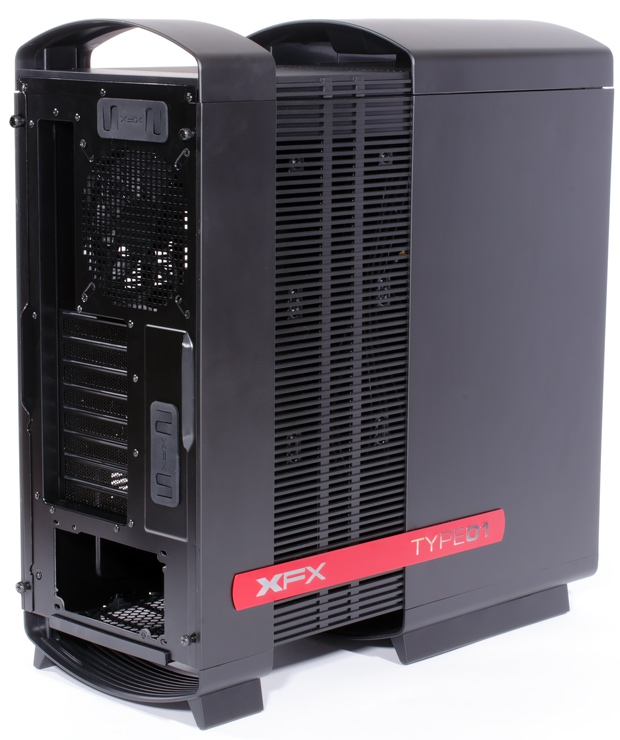 Did you know XFX makes enclosures too?