For the AMD test system I used the included K8 mounting clip, which attaches to the two center lugs on the stock AMD retention frame.  Prior to installation both the CPU IHS and cooler base plate were cleaned with Isopropyl alcohol before applying a little Arctic Silver 3 thermal compound. 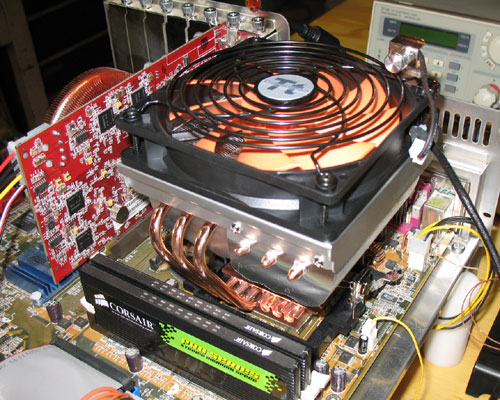 To mount the Big Typhoon VX cooler, you just set it into position on top of the CPU, slide the retention clip into place, engage the two clips onto the retention frame lugs, and then rotate the locking arm 180Âº to clamp the cooler down. 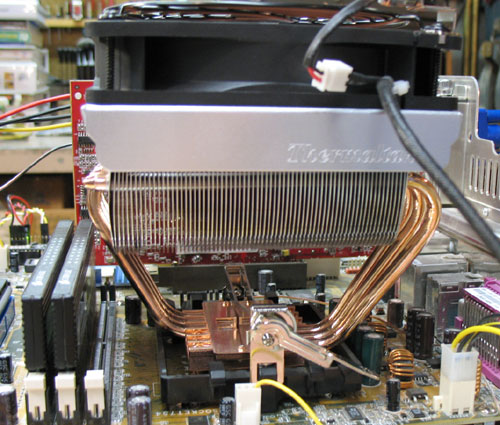 On my AMD test bed (Asus K8N-E Deluxe), the Big Typhoon VX heatsink fan cleared all of the surrounding components except for the heatpipes touching the extra tall Corsair Pro memory modules in slot one.  Moving the RAM back into the last two slots eliminated any potential interference problems. 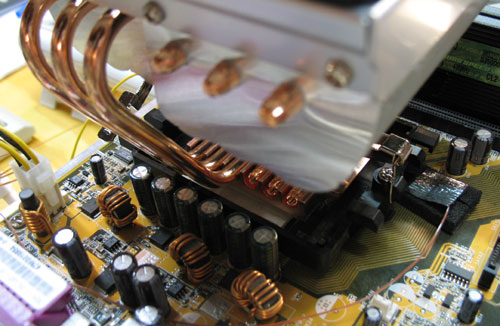 Unfortunately the AMD mounting clip does not secure the heatsink on top of the CPU as firmly as I am used to seeing.  It was actually quite easy to slide the heatsink from side to side and rotate it after being mounted.  This doesn’t make me feel too secure about transporting this bad-boy while mounted sideways in a typical mid-tower case.  While certainly easier to install, IMHO the new AMD mounting scheme is not near as sturdy as the original Thermaltake H-style steel plate system was.  It’s a shame, because the AMD clip could have been easily designed to overcome these weaknesses (hold the central heatsink lugs captive and reinforce the center section for a tighter fit). 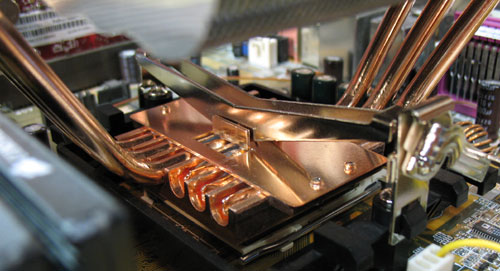 The Intel LGA775 mount for the Big Typhoon VX uses four plastic push-pin feet like a typical OEM style cooler.  In theory this should be a very easy system to mount but as I quickly discovered, that was not the case on the Asus P5N32-SLI Deluxe motherboard.  Because the top heatsink section of the Big Typhoon VX is so large, it prevents using a screwdriver/tool to engage the four feet.  And on my particular motherboard the VR heatsinks around the socket area made it hard to even get your fingers in to work. 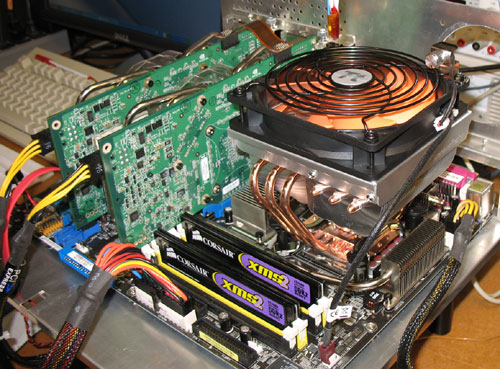 On the bright side, the Intel mount does a much better job of keeping the cooler fixed in position once mounted because it holds the central heatsink lugs captive where as the AMD mounting bracket just slides thru. 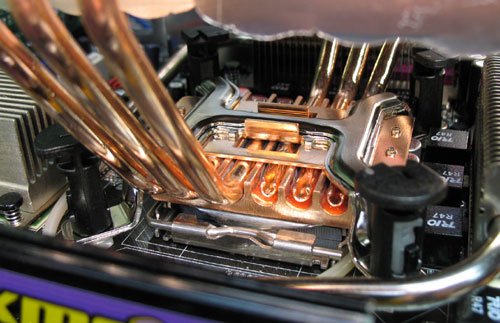 The Big Typhoon VX comes with the included 120mm fan blowing down, which works well with most installations as it generates additional airflow around the CPU socket area for cooling voltage regulators, heatsinks, and memory modules.  This is especially important on the Asus P5N32-SLI Deluxe motherboard as the passively cooled NB chip runs very hot and requires airflow from the CPU cooler. 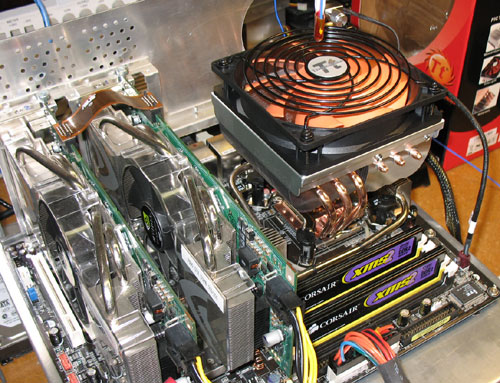 After mounting the Big Typhoon VX several times on both my AMD and Intel test systems, I’m less than impressed with the new tool-less mounts.  The AMD clip doesn’t hold the big cooler in position very well and to be honest, I don’t really trust the plastic push-pins on the Intel mount.  Even after the push-pins were fully seated and locked, it was too easy to pop them back out without applying much pressure.  Push-pins may be OK for some of the smaller coolers but for a very large cooler like the Big Typhoon VX, I don’t trust themâ€¦ 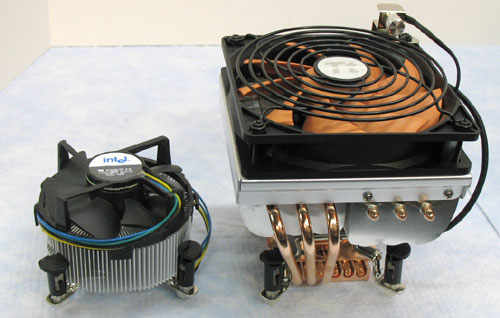 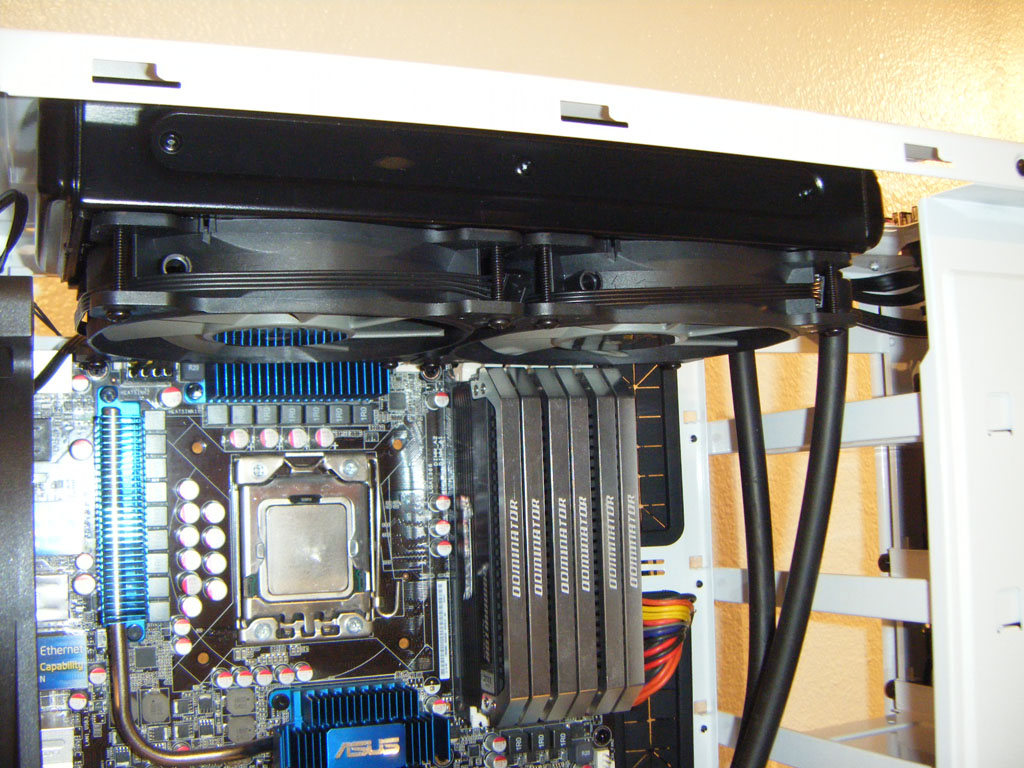 A bright white tower from NZXT