Dell had a lot of good announcements for the PC gamer this CES including an update to the M1710 notebook. 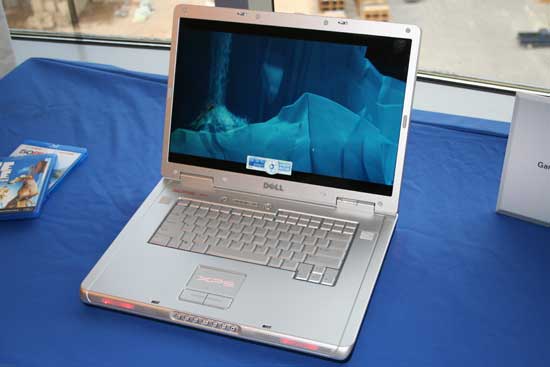 Dell will soon be offering Bluray optical drives in these machines as well as a BIOS update that will allow enthusiasts to overclock their processors.  Is this really the same Dell? 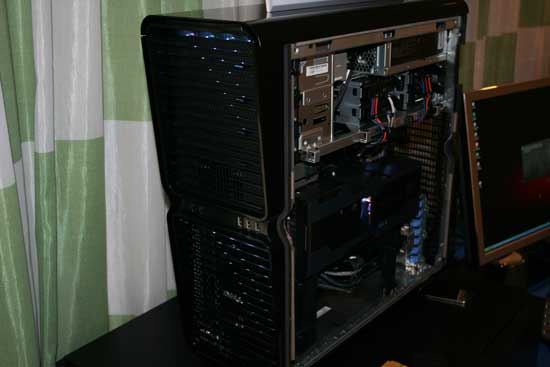 Dell also announced a new XPS desktop gaming system called the XPS H2C.  Starting at $5500, this system comes with a liquid and Pelletier CPU cooler that runs the QX6700 processor at 3.2 GHz OR the X6800 processor at 3.46 GHz! 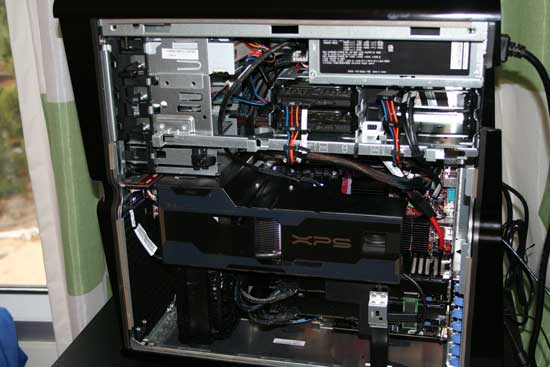 The rest of the system is just as impressive including 4GB of DDR2 memory, a 20′ Dell Widescreen monitor (included in the $5500 price tag) and dual GeForce 8800 GTX cards in SLI.  Ship dates claim to be as soon as January 26th, so if you get your system buy in now you could have the most powerful gaming system in the world by the end of the month! 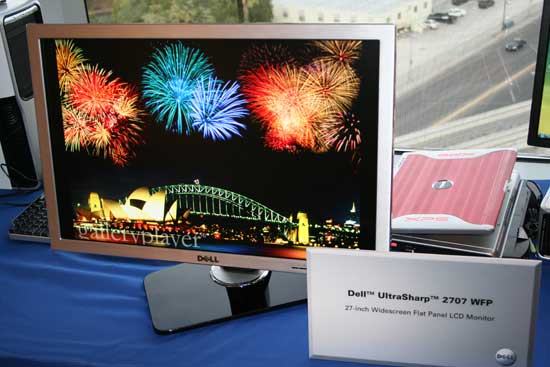 Dell also had two new monitors on display at the show, this one above the brand new 27′ 2707WFP display that is absolutely incredible looking.  It has a resolution of 1920×1200 and has not only fully-compliant HDCP DVI input, but component, composite and Svideo as well. 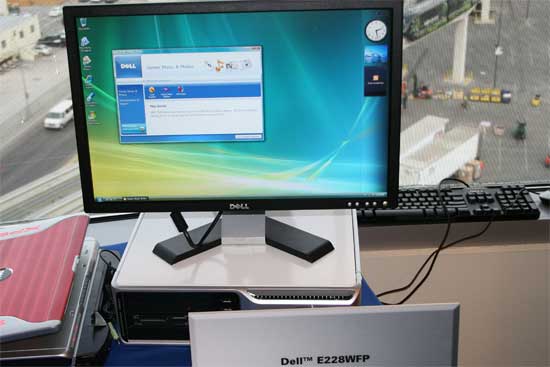 The new 22′ monitor, the E228WFP is also HDCP compliant and brings the world of widescreen gaming to a new crowd with an aggressive $329 price point.

ECS had a small showing at CES this year as the enthusiast market is getting harder and harder to develop for. 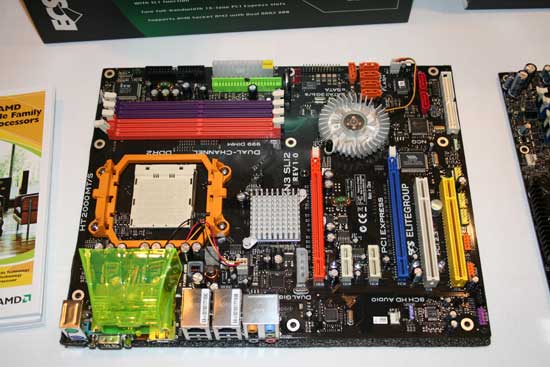 They did have a couple of products on display including this KN3 SLI2 motherboard featuring the AM2 processor socket and the nForce 590 SLI chipset. 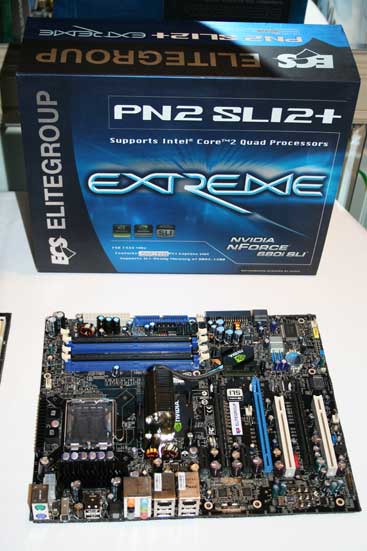 This is the ECS branded NVIDIA reference board (built by NVIDIA), the PN2 SLI2+.  This could have been a great seller in the US but I have been hearing that ECS is getting fewer and fewer of these in domestically.  Hopefully we’ll see resurgence from ECS early in the year as they refresh their product cycle. 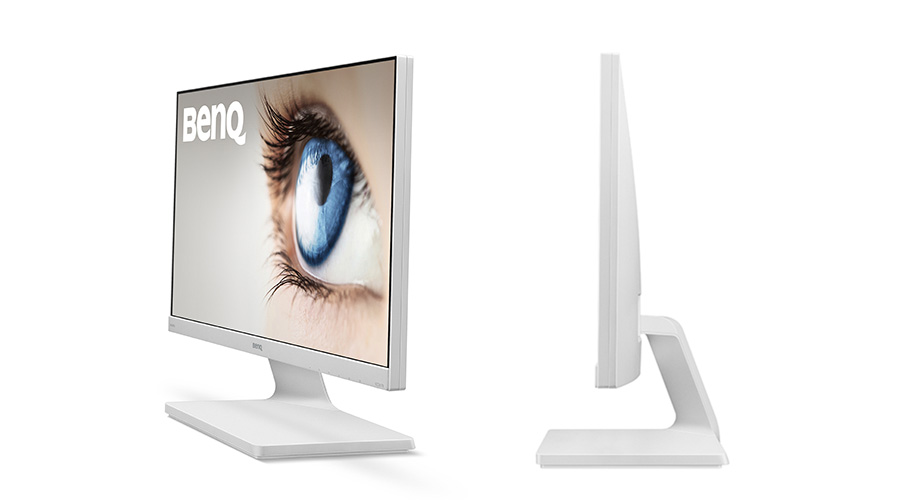 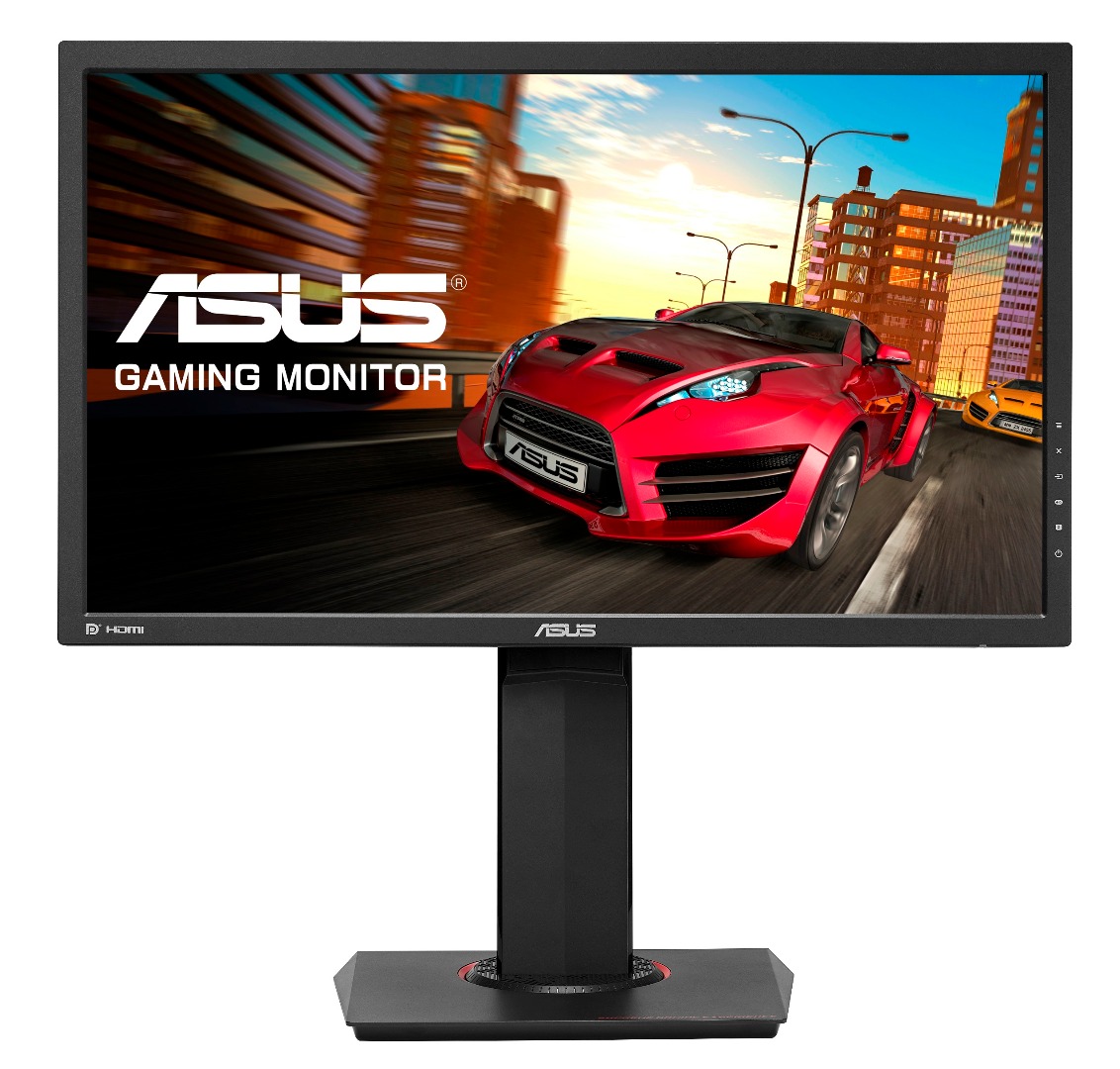