EVGA got a lot of flack last year of some issues with GeForce 7900 cards, but in reality it was a mistake from both NVIDIA and EVGA, and EVGA proved their dedication to the customer and the enthusiast by supplying A-level service during the fiasco.  I imagine that quite a few very dedicated EVGA supporters around our forums today because of it. 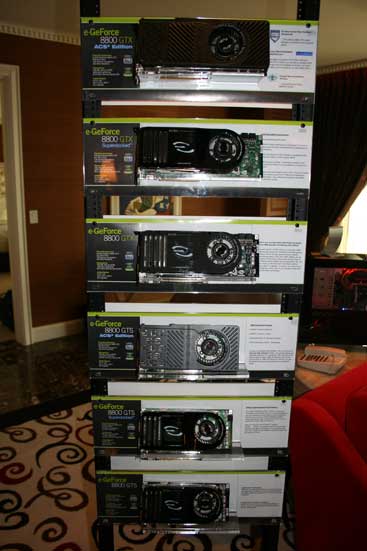 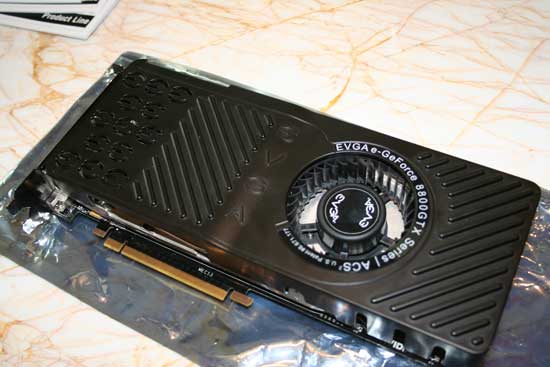 Here is a close up of the new EVGA GeForce 8800 GTX AC3 card with a custom designed cooling solution.  This allows EVGA to overclock their cores quite dramatically and guarantee them for the life of card. 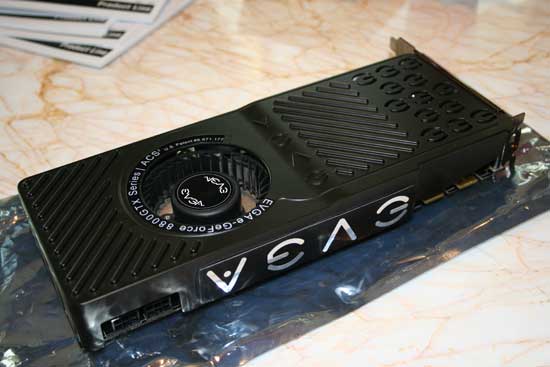 The guys at EVGA are dedicated to providing the best support in the industry and making themselves stand out from other card vendors in the process.

Though we don’t usually cover LG here at PC Perspective, their newly announced optical drive with support for both HD-DVD and Bluray created quite a stir. 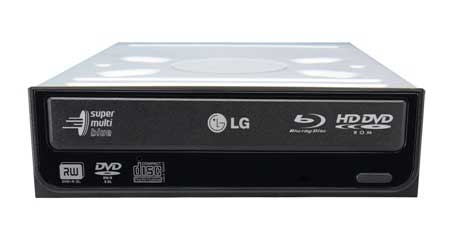 Here is the PC-based version of the new multidrive with support for both formats.  LG was able to do this by having two separate lasers, one red and one blue, to read each of the discs independently. 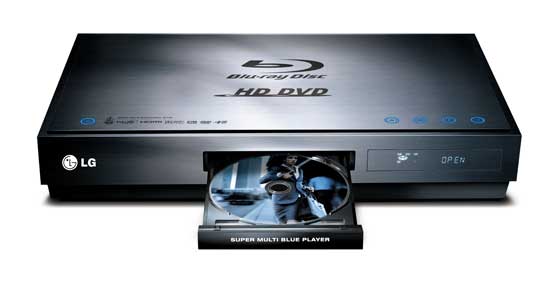 And here is the consumer electronic version of the same device.  This unit is scheduled to have an MSRP of $1199, though there is still some debate on whether or not it will actually make it to store shelves as political pressure mounts.

Logitech once again had some interesting accessories on the show floor including this notebook home user’s dream. 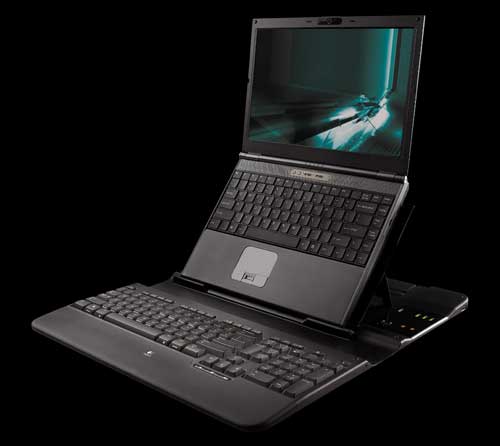 This device is a keyboard and notebook mount in one piece that allows those users that want to use their notebooks as their main desktop work PC to do so comfortably.  The standard keyboard has all the features you would expect and the notebook mount keeps the monitor at an appropriate angle for the reader. 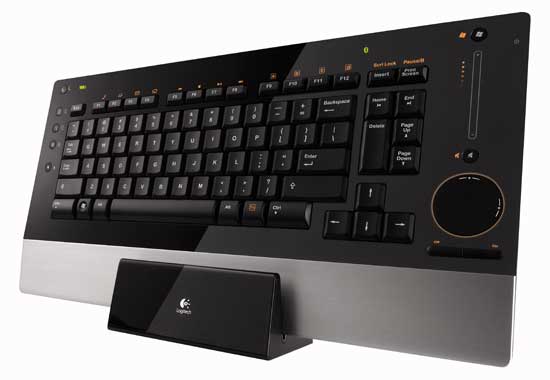 This sexy keyboard isn’t new, but is still one of a kind as far as I know.  The key board mounts in this cradle and recharges for wireless use, much like the latest round of wireless mouse products. 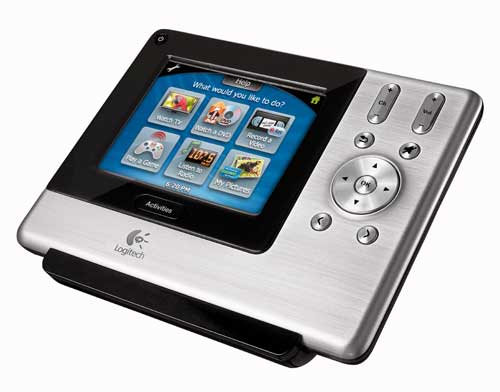 This is going to be the ultimate home theater remote control when it is release later this quarter.  With a price of $500, this unit will control just about anything you have that uses IR or RF communication technology and do so looking good with a great touch screen implementation.  You can see that we have high regards for Logitech’s Harmony products such as the Harmony 880 we reviewed recently. 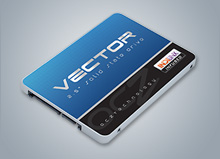