OCZ was another company that surprised me in how much product they had on display that was new. 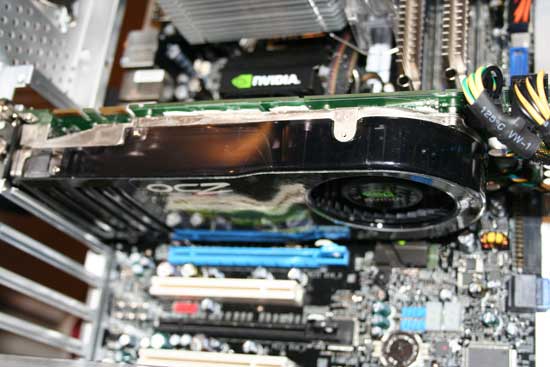 First up was the OCZ GeForce 8800 GTX card that was recently announced.  OCZ claims to be able to bin the memory chips their cards use for even better than standard overclocking success, but we’ll have to wait to see what our testing results show later this month. 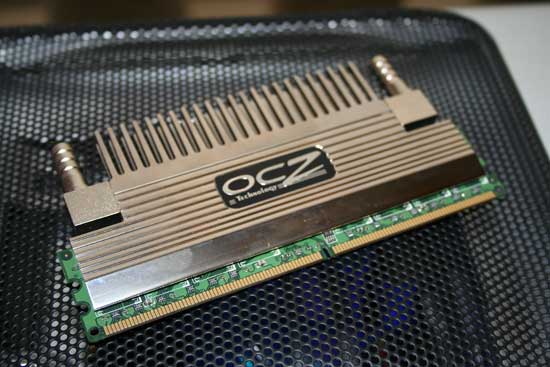 Not wanting to give up any space in the high end memory market, OCZ has developed their own water cooling solution for high end DDR2 memory.  Only extreme users need apply, but the modules are definitely sexy to look at with their mirror-like finish. 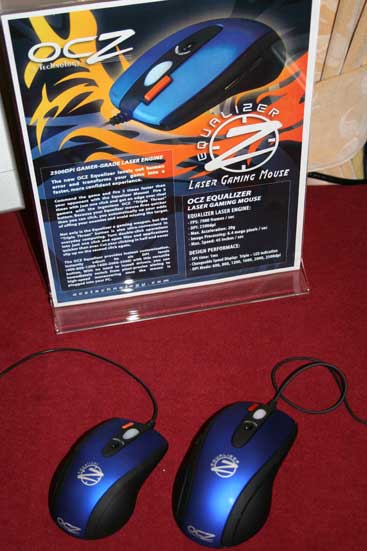 Confused yet?  Yep, these are OCZ branded mice, aimed at gamers.  Using two lasers that cross instead of a single one, OCZ claims these are able to track on ANY surface including glass table tops (something this editor has had problems before!).  There are two sizes for users at home and on the go. 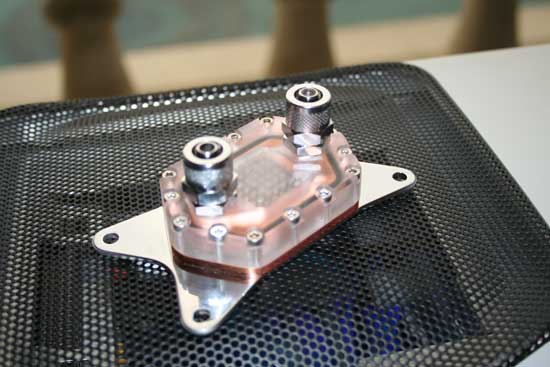 Taking yet another step into the enthusiast market, OCZ has developed a new water cooling block that uses silver rods in it to increase the heat dissipation. 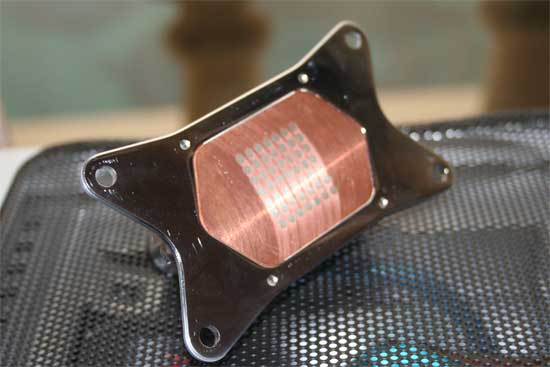 I am sure that Lee will be interested in getting one of these to see if the 97% true silver inserts are worth the money they will surely cost! 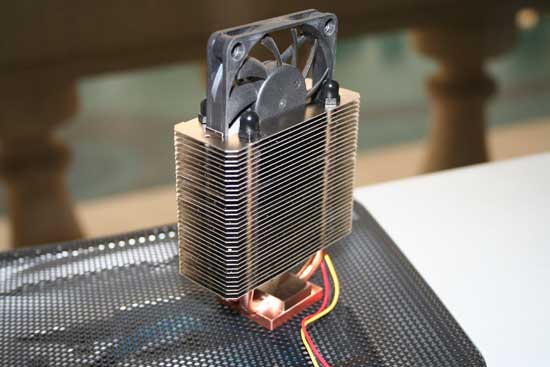 Another item that is a bit farther off (several months at least) is this north bridge heatsink that can run either passively or actively with the fan sliding into the center of the heatsink fins when required. 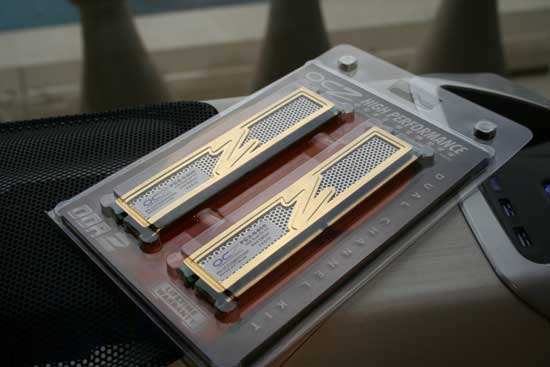 Though the text is a bit hard to read, this is one of the first 4GB (2 x 2GB DDR2-800) kits we have seen with aggressive speeds and memory timings. 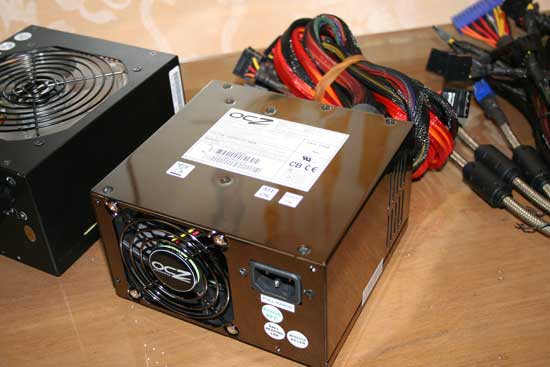 OCZ has quite a few power supplies in their line up with this 1Kw model coming soon to an e-tailer near you.  The key point to this model is that is packs of all of that power into a standard PSU mounting setup, not exceeding the ATX sizes as most larger PSUs do.  We can’t say the same about the next item thoughâ€¦ 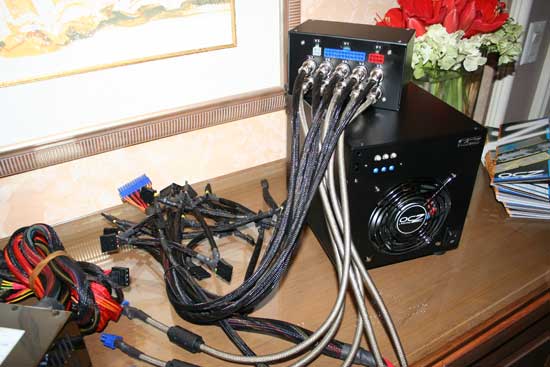 What you are looking at is prototype of a 2Kw external power supply. 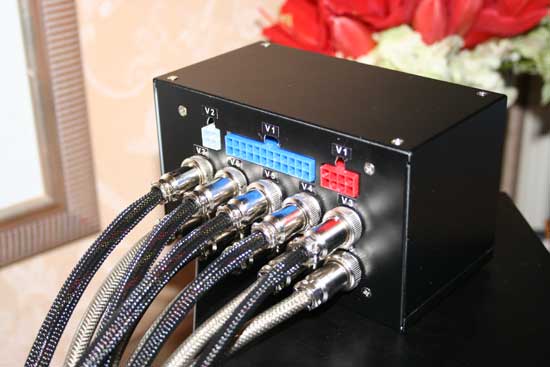 This piece would physically mount in your case and would use screw on modular power cables into all of your components as you would normally expect.  This allows the 2Kw unit to work with just about any case out there. 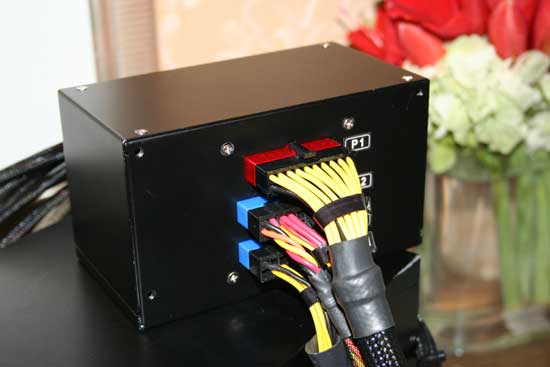 On the back of the PSU and the case, these cables would run out and to the actual 2Kw power unit itself. 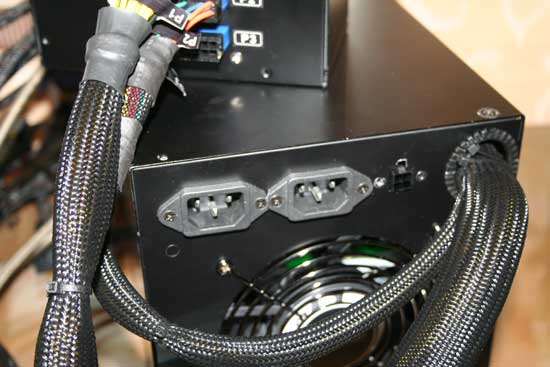 Yes, that is TWO AC inputs, required for getting 2000 watts of power from a 120v line in the North American systems; Europeans have us beat here with their 240v standard power lines in homes.

While this unit is still not finalized a product, it offers a very interesting alternative to putting a large and VERY hot power supply in your case with your GPUs and CPUs.  As for the justification for 2Kw — its definitely not need now, but many are speculating now about the need to power four video cards requiring about 300 watts each and dual AMD or Intel processors, easily reaching above the 1Kw level that is the peak of today’s designs.  2007 could be an interesting (and rather hot) year!