Silverstone has quickly become one of the best case and power supply manufacturers in the business with a dedication to high quality product no matter the cost. 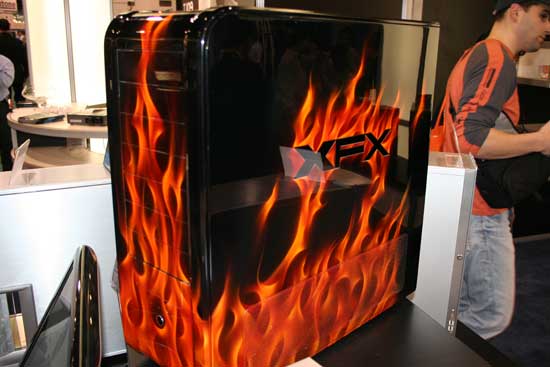 This demo case was painted up for GPU card vendor XFX using a Silverstone TJ-07 case, a single piece cast aluminum case that is a beautiful sight to see in person. 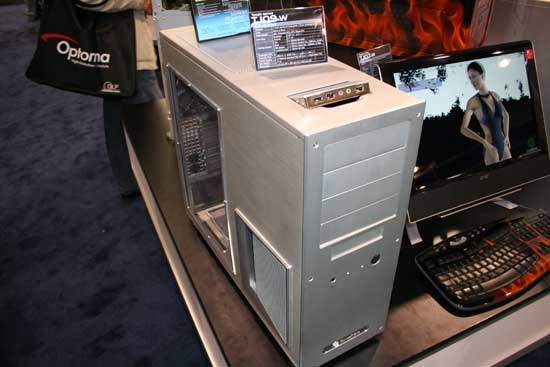 The new TJ-09w enclosure has a lot of great enthusiast features besides good looks including excellent cooling options. 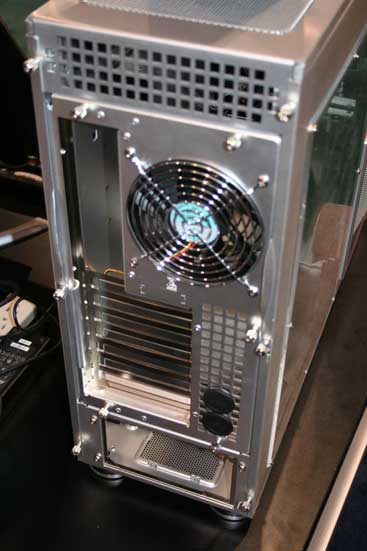 On the rear of the case you’ll see two grommets on the back vent to be used for external liquid cooling tubing (such as Exos or others) and still give the system a finished, clean look. 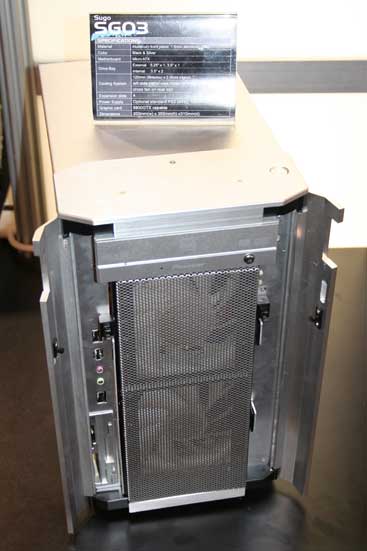 The SG03 is another impressive case for its ability to pack just about everything into a tiny space! 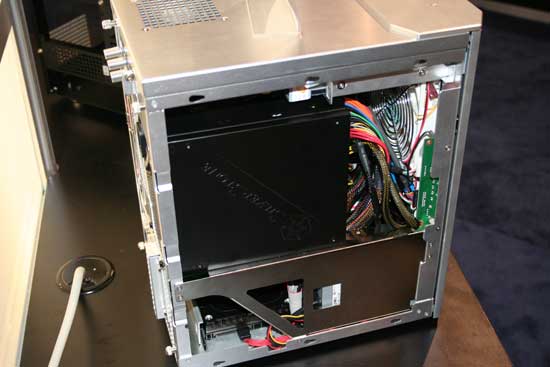 Looking at the side you can see that Silverstone was able to place a standard sized power supply into the system with modular connectors.  The motherboard is a mATX solution with all standard desktop components. 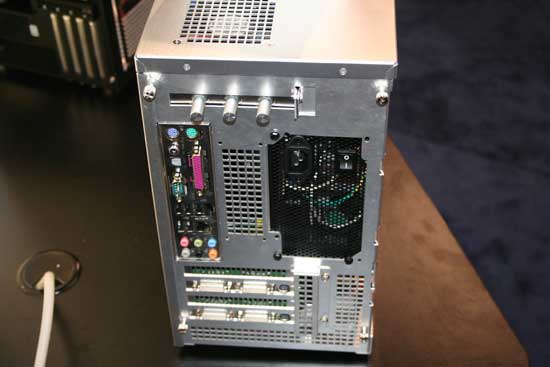 You can see here that there are two GPUs installed in it and that there is an extra rear slot for an accessory like the fan speed adjuster seen at the top. 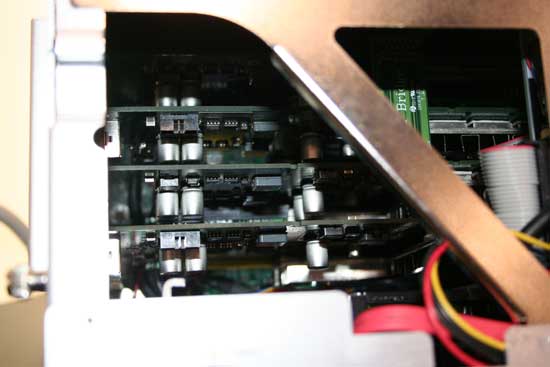 And just to prove a point — here are the two 7950 GX2 cards that were installed for the demo! 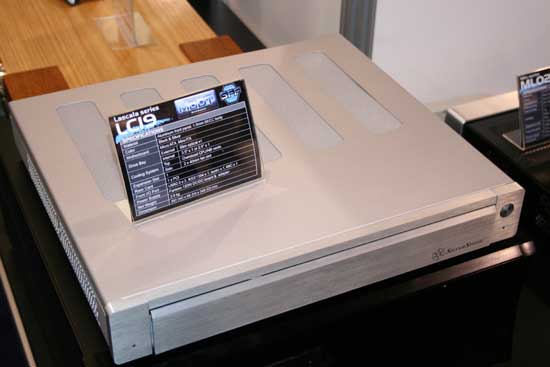 One of the new HTPC enclosure options from Silverstone, the LCI9 is a small form factor device that requires a mATX board and riser card for the PCIe slot.  If you are looking for an HTPC setup that really blends with CE in terms of looks, this could be your best bet. 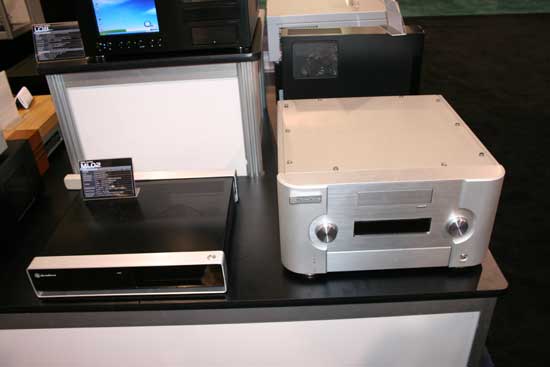 Two more HTPC options, the one on the left is just slightly larger than the first one above, while the system on the right supports a full ATX setup while still maintaining a great brushed aluminum appearance that screams high quality CE component. 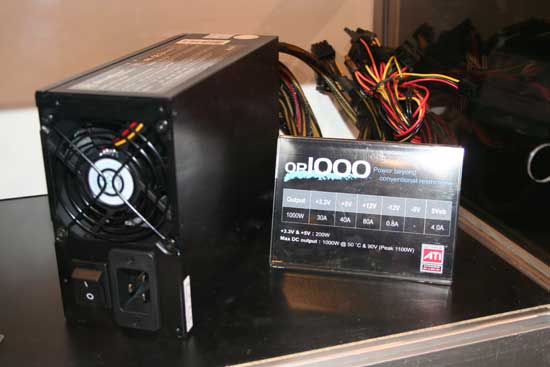 Silverstone is prepping two 1Kw power supplies including this one that is pushing 80 amps through a single 12v rail! 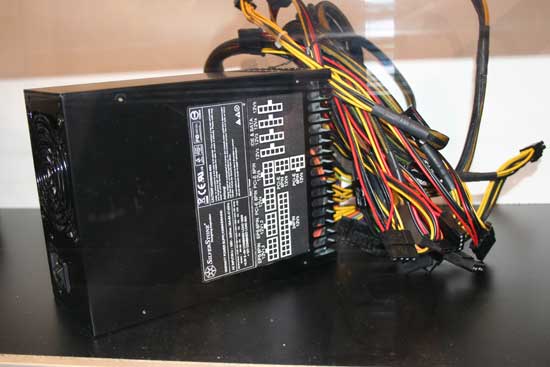 The other 1Kw unit from Silverstone is a modular design that still packs the same power in a smaller package (and probably with a higher price).

Thermaltake has continued to innovate and produce products for the enthusiast. 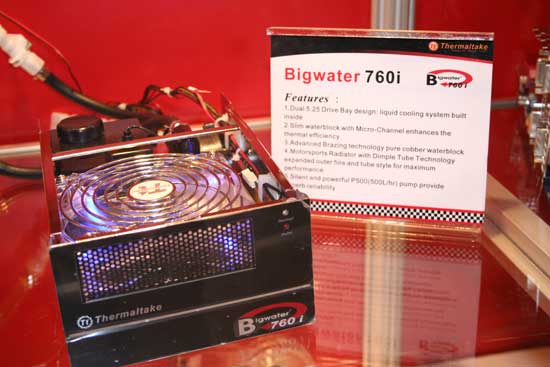 Here is the Bigwater internal water cooling system; the reservoir fits into two external 5.25′ bays and holds the pump as well.  It is capable of cooling as much as 130 watts. 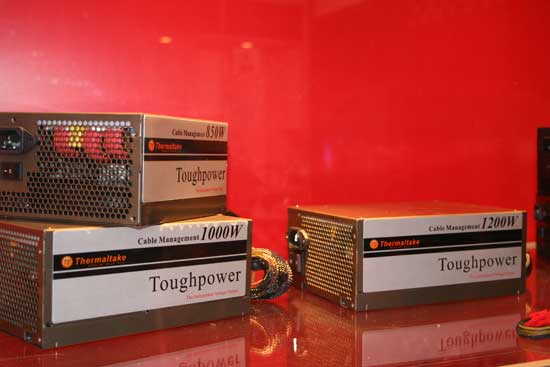 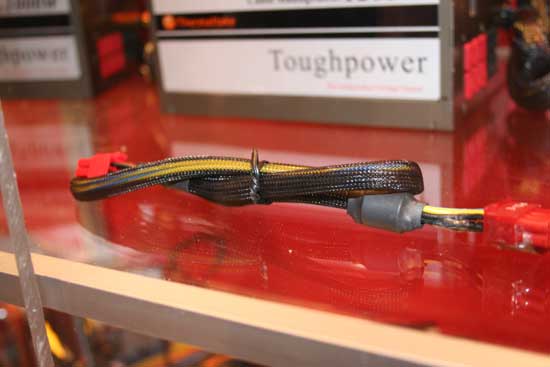 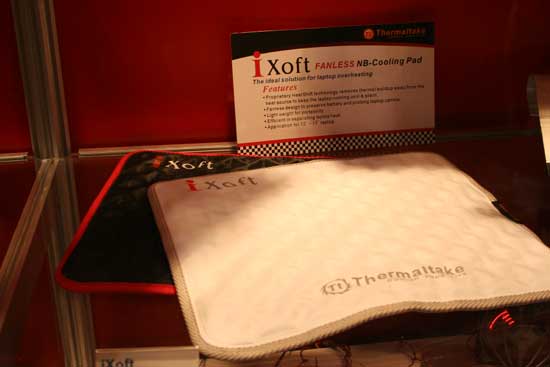 One other unique product I saw at the Thermaltake booth was this notebook cooling pad.  It is flexible enough to roll up and pack with you on trips, and is used to disperse the heat from a notebook, even on non-flat surfaces while keep the bottom of the pad (and your legs!) cool.