For our testing, AMD sent us the MSI K9AGM2 motherboard sporting the 690G chipset along with a 5200+ processor in order to include a processor priced at the same target segment as the 690 chipset. 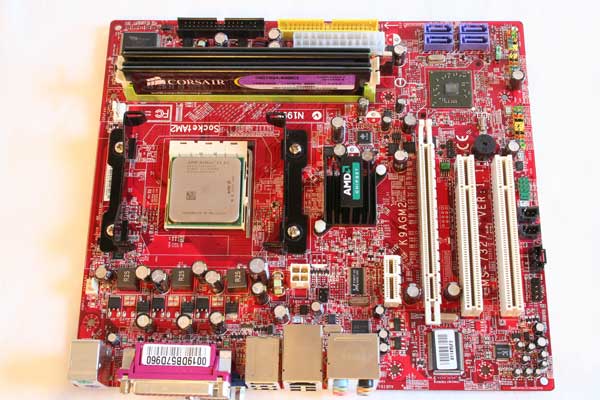 The board itself is very typical of any other micro-ATX motherboard with a decent enough layout.  Right off the bat I noticed now tiny the chipset heatsink was on the north bridge and that the south bridge didn’t have any heatsink at all.  Obviously, AMD is showing off their low power consumption on the 690 chipset. 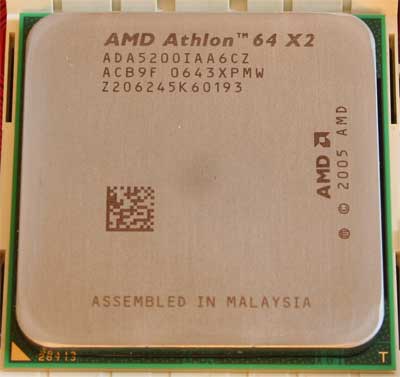 Just to start things off, here is the X2 5200+ processor from AMD in the AM2 packaging.  You can currently find this processor for sale for about $225 and it offers good performance for that price. 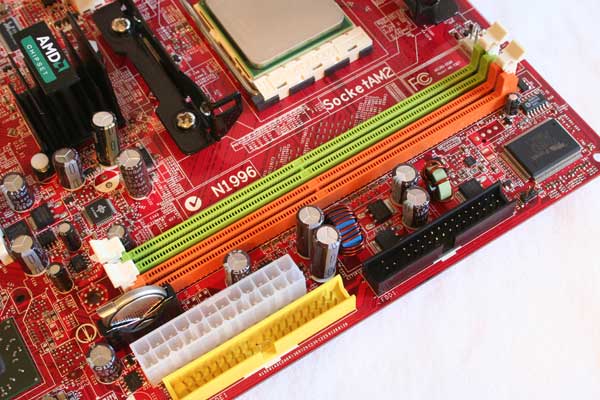 The MSI motherboard offers just two DIMM slots for memory speeds up to DDR2-800.  You can also see the ATX power connector and single IDE connector in this image; both are placed well and don’t get in the way even on the smaller mATX motherboard design. 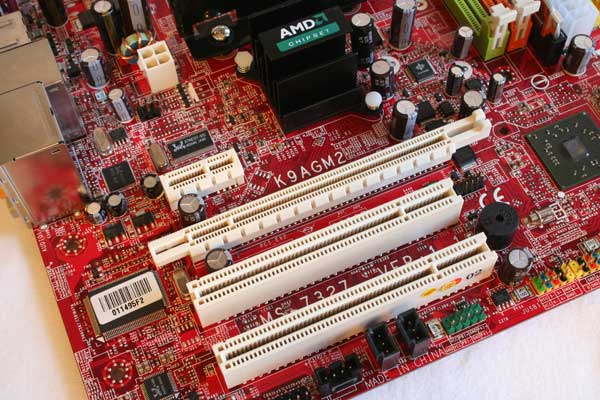 The expansion capabilities on the MSI K9AGM2 board are pretty good for an mATX motherboard; a single x1 PCIe slot and a single x16 PCIe slot for upgraded graphics and two legacy PCI slots round out the options. 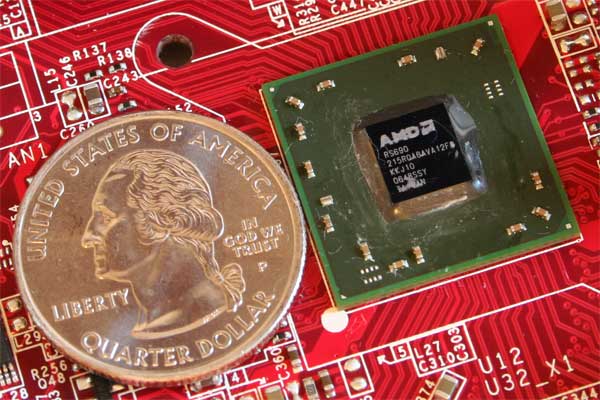 Here you can see the AMD RS690 chipset north bridge without the heatsink — notice how small it is compared to past chipsets from NVIDIA! 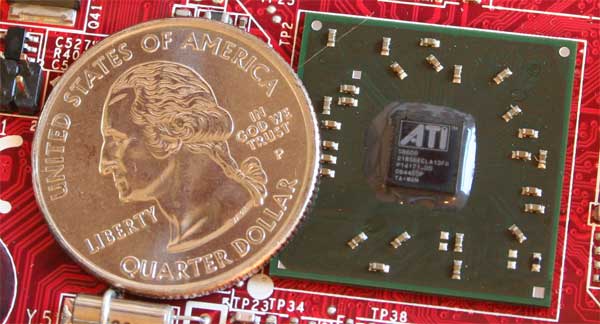 Even the SB600 south bridge is tiny compared to the competition.  We’ll see if this translates into lower power usage later as well.

Finally, looking at the expansion options for the MSI K9AGM2 motherboard we see some of the best features the board and chipset offers.  Both an analog VGA output and integrated HDMI output are included for use of the X1250 integrated GPU logic.  MSI has also included USB 2.0, Firewire, a Gigabit NIC and 8-channel audio support.