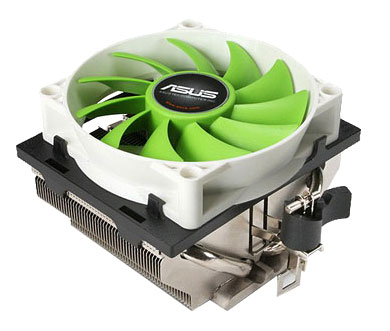 Right out of the box, the Chilly Vent Lux’s most striking feature is the fan.  Asus selected a unique fan, which incorporates a 92mm fan mounted inside an 80mm frame.  The green and white color scheme is striking and sets this little cooler off from the rest of the crowd. 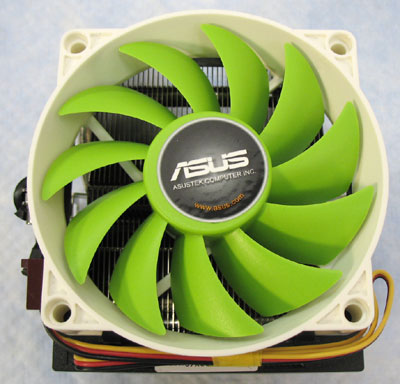 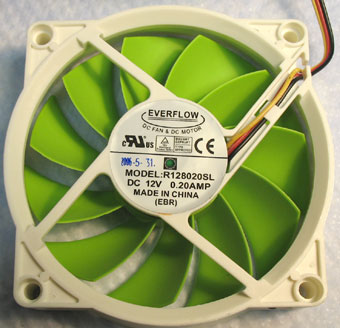 Underneath the fan is a tightly packed array of aluminum cooling fins.  I suspect performance could be significantly improved by using a higher speed fan with more static air pressure but then that would defeat the purpose of a quiet cooling solution. 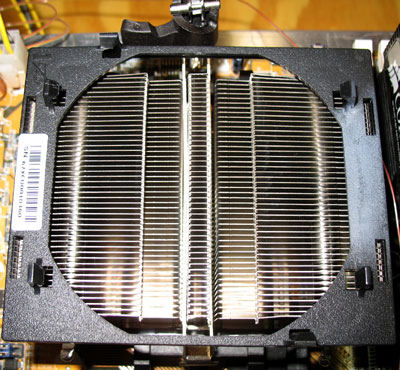 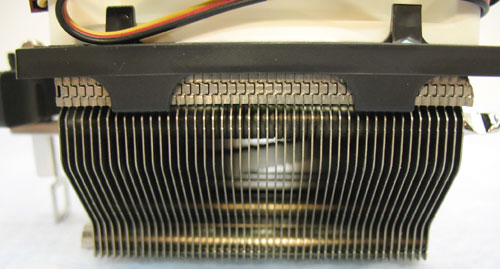 The Chilly Vent Lux uses two, U-shaped, copper heat pipes to transport heat from the copper heatsink base up to the large surface area provided by the aluminum fins.  A heat pipe is a highly efficient conductor of heat.  A properly constructed heat pipe has a very low thermal resistance, which is roughly independent of its length (unlike ordinary metal rods whose thermal resistance increases with length).  Heat pipes are commonly used to transport heat from one location to another. 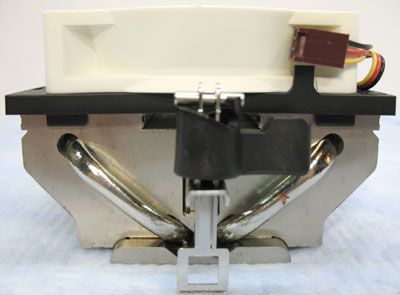 Heat pipes work on the principle of evaporation and condensation.  A working fluid (frequently distilled water) evaporates inside one end of the heat pipe (the hot-end) absorbing heat in the process.  A partial vacuum inside the heat pipe allows the water to evaporate at low temperatures.  Once formed, the water vapor diffuses from an area of high vapor pressure to the other end of the tube where the vapor pressure is lower.  The vaporized fluid then condenses back to liquid and the heat is dissipated into the air from the metal cooling fins.  The working fluid returns to the hot end via capillary action thru an internal wicking structure (sintered metal coating, fine wire mesh, or grooves) so the heat pipe does not have to rely on gravity to recycle the working fluid.  The key to a heat pipe’s high efficiency is the latent heat of vaporization. 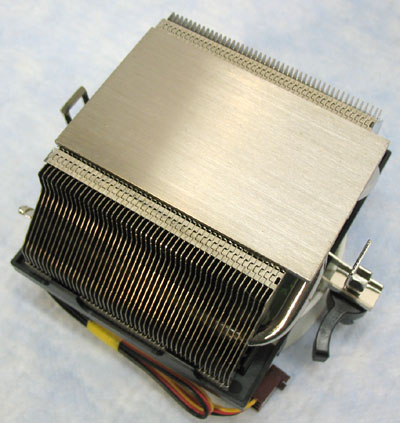 The large copper base is Nickel plated and exhibits a relatively coarse finish but appears to be flat. 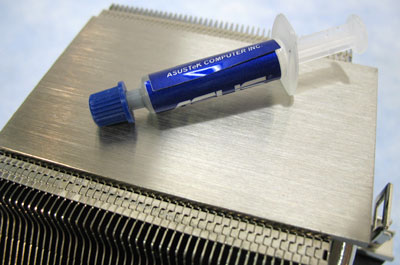 The universal AMD mounting clip comes preinstalled and is designed to engage the two center lugs on a standard AMD retention frame.

Shoving heatpipes in a PSU 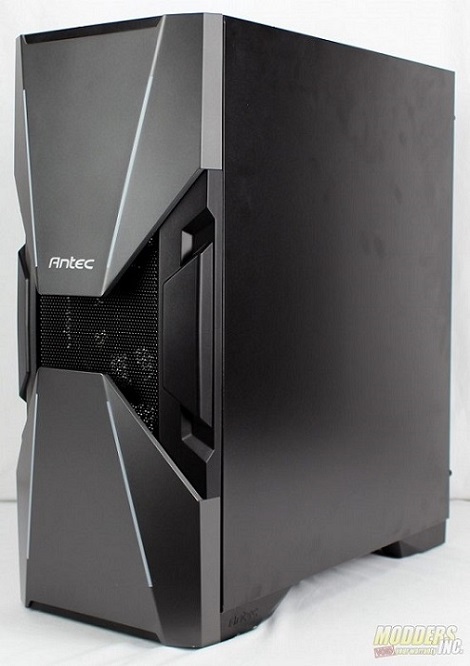