AMD provided us with some interesting information on their current ATI Catalyst Vista driver, its future and how the number of times it has been downloaded simply blew my mind!

After publishing my write up on the future of NVIDIA’s Vista drivers I received a lot of feedback from readers, other online media and even other people in the industry.  There is no doubt that Vista support and performance are a hot topic in the GPU world right now and I for see this being the case well into the year as the introduction of DX10 titles further compound the driver models that both AMD and NVIDIA have to deal with.

Today I was able to speak with Terry Makedon, the head of software development for ATI/AMD; basically the man to hit up with Catalyst questions.  He shared several interesting notes with me that I will discuss below.

First though, let’s review what ATI’s Catalyst team was able to get right and what was left out in our first look at gaming performance under Windows Vista.  All of the DX9 titles we tested worked very well and showed performances very similar to drivers we used in Windows XP; a great achievement so early in the game.  However, the OpenGL support in the 7.1 Catalyst driver had some performance issues; the initial problem of Prey not running at all was fixed with a slight installer change.  There was also no support at all for CrossFire configurations and OpenGL applications.  In all, those two issues were the worst we found in our testing of the Catalyst 7.1 Vista driver; but how would ATI’s software team address these issues and the future of DX10?

Much like NVIDIA in their recent interview, ATI discussed the sheer size of the Vista driver development project.  In all, ATI estimates that 200 man years or more was required to get their Vista drivers up to the level of performance and stability that was expected of them by both users and executives.  It was by far the largest software project ever taken on by the ATI software team simply because everything was rewritten from the ground up.

While the project was huge, Makedon was quick to point out that the software development and testing weren’t necessarily harder or more difficult than anything else they had done before; there was just a whole lot of it.  ATI’s team apparently planned out their development cycles so that they would be 100% ready for the OS launch and I was able to tell just how prepared the driver team was in our initial look at Vista gaming performance.  As with just about any software project, finishing on time and having a complete product largely depends on starting at the right time.  In this case, ATI’s driver team was able to complete Vista support for their current GPU lineup without many issues at all which gives credence towards their preparedness.

Besides the well deserved bragging time ATI’s Catalyst team had in our discussion, Makedon was able to share some interesting statistics on Vista driver downloads that may lead to some important information about Vista’s adoption rates.

The Catalyst 7.1 Vista drivers that were posted on the January 30th release of the new operating system were downloaded over 350,000 times in the span of the first two weeks of availability.  Based on that information ATI expects there to be a total of 500,000 downloads of the driver in the first month.  Traditionally, ATI’s Catalyst driver updates are downloaded 2 million times a month with a break down of 5% Linux downloads, 5% XP 64-bit and 90% or so for XP 32-bit.

If these numbers hold up, that means that roughly 25% of the community that downloads ATI’s Catalyst drivers on a monthly basis are now at least playing with Windows Vista on their PCs.  This is a much higher number than I would have anticipated even for the group of DIY builders and enthusiasts that go through the trouble of downloading a new driver monthly.  I know that many in the industry expected the Windows Vista adoption rate in the enthusiast community to be very slow, and even considering that some of these downloads were from people just trying out the OS, the number of Vista users is high enough that drivers and support should be a top priority among hardware vendors.

Interestingly, of the 350k of initial Catalyst 7.1 Vista driver downloads, 55,000 of them were for Vista 64-bit drivers; that translates into 16% of the Vista community moving over to 64-bit operating mode and a major transition over Windows XP 64-bit adoption.

One thing that NVIDIA had to deal with in their driver development that ATI didn’t have to publicly is support DX10.  Because none of the currently available ATI hardware can run DX10, the Catalyst driver development is on-going at the company.  Thanks to NDA’s in place on the next generation R600 hardware that will undoubtedly support DX10 and Vista, ATI wasn’t able to share a whole lot on the status of Catalyst software for DX10, but they were very up-beat about it.

The ATI Catalyst DX10 driver was developed by a separate, but parallel, team of software engineers that started work sometime after the DX9 Vista driver team began their work.  ATI would like us to trust in their software development cycle by indicating their Vista driver was ready on time and that so will their DX10 Vista driver.

While I can’t say much about the upcoming R600 hardware itself, there is little hiding that the products are coming soon and with a big trade event coming up in the March time frame, it might be a good time to release a new GPU.  Maybe.  But in any event, ATI’s Makedon says that if any DX10 titles are available with the R600 launches that his team will be ready with a driver for the R600 for them.  ATI even kind of gave NVIDIA the benefit of the doubt by saying that without DX10 titles for gamers, there really wasn’t much point in harping on them about their lack of a DX10-ready driver.  Man, how often do you see that?? 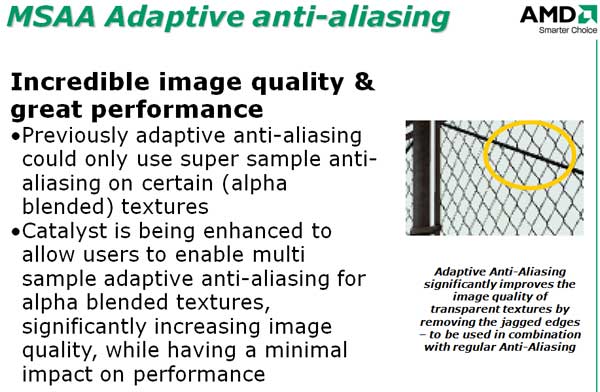 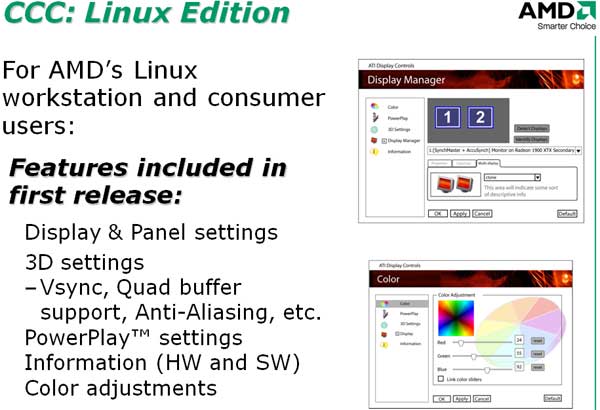 There is simply no denying that ATI’s driver team has a leg up on NVIDIA when it comes to current Windows Vista support.  From day one, ATI’s driver has been more stable and performed better than NVIDIA’s.  NVIDIA has had to handle more issues with the requirement of DX10 drivers for their G80 hardware, but from an end user perspective it’s the results that matters.  I am not the only one to think this, as it turns out.  As the weeks go by and new driver releases are seen from both ATI and NVIDIA all bets are off and no doubt we’ll see some dramatic changes in features and performance from both camps.  ‘Who will come out on top?’ is one of those questions that will go without an answer as long as these two competitors exist.

All I know is that this competition builds better drivers and leads to better gameplay for PC Perspective’s readers; that is and will always be the goal of our tests and editorials.

Be sure to use our price checking engine to find the best prices on ATI’s GPUs, and anything else you may want to buy! 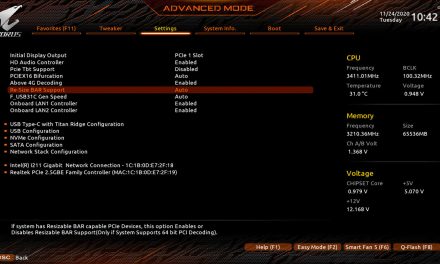