A teaser trailer of the new RyderMark benchmark is now available over at FileShack, in addition to the screenshots below.

For such a young program which has not even been released yet, it has generated a bit of controversy.  The Inquirer was the first to pick up on the benchmark back in May of last year.  This lead to accusations about fudging the precision of the pixels.  The saga continued with DailyTech’s article on the possibility of Photoshop being used to fake the pixel precision, which prompted a very Inquirer-esque response.  Now we have more screens, a teaser video, and some stats from The Inquirer.

Head into this thread in the forums to have your say about this benchmark and the controversy surrounding it.

RyderMark™ is a free cutting-edge DirectX benchmark for the PC hardware enthusiast and gaming communities.

Utilising a proprietary multithreaded game engine and based on an actual game scheduled for future release, the benchmark shows off exciting real-time 3D graphics features while stress testing the latest hardware. RyderMark is ideal for benchmarking the latest high-end PCs with dual core CPUs and graphics cards with 512Mb of RAM or more.

Some of the cutting-edge effects in the benchmark include:

RyderMark is the first major benchmark to show off Parallax Occlusion Mapping. It provides a vast improvement in image quality over the older Bump Mapping or Parallax Mapping techniques. 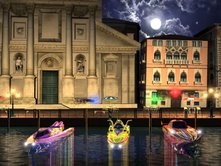 The extreme edition is run at 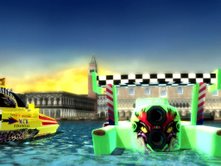 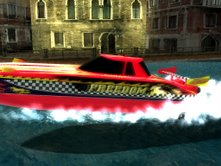