SilverStone has done an excellent job of refining the various aspects of ventilation and case cooling in this latest chassis design.  It is one of the best on the market and offers a lot of flexibility for configuring a cooling system to meet each user’s specific needs.  Vent openings are strategically located on both sides and the bottom of the case to bring in cool room air. 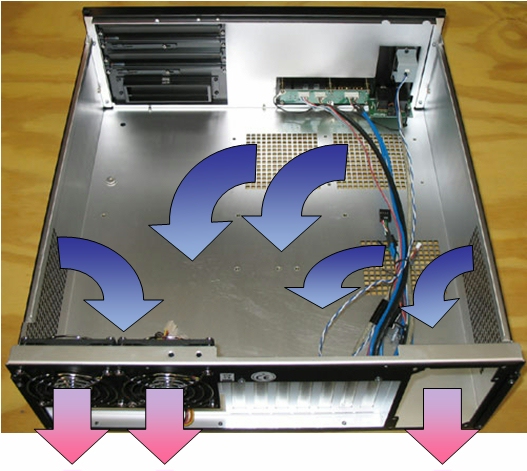 There are a number of different cooling configurations that can be used with this case.  A lot will depend on the hardware used (CPU/cooler, video card/cooler, HDDs, motherboard, etc.) and how sensitive a user is to noise.  Here is a list and brief explanation of a few options I considered.

Â·         Two SilverStone 80mm fans at 12V: Adequate cooling for mid-level systems.  The noise produced by the included SilverStone fans will be acceptable for many users but may be too loud for anyone who is especially sensitive to noise and seeking a silent cooling solution.

Â·         Two SilverStone 80mm fans at 5V: This option provides virtually silent case cooling but may not be adequate for maintaining acceptable temperatures on modern hardware.

Â·         Four high-speed 80mm fans with fan speed control:  For more aggressive users who want to run the latest hot hardware and aren’t too concerned with noise, using higher speed fans will greatly increase the overall airflow thru the case and result in the best cooling possible (without resorting to more extreme water-cooling or TEC assisted cooling options).

Using four fans at low speed resulted in very good temperatures for the modest system I installed in the CW01 enclosure and was very quiet.  On average, the CPU temperatures ran 4~5ÂºC warmer with the case closed up than with the top off.  The video card ran 6~7ÂºC warmer under load inside the CW01 and the HDD actually ran 2ÂºC cooler.

With the two fan system closed up and running under load at 12V, the average sound pressure level was 36.2 dBA; measured 3′ in front of the CW01 enclosure (background ~30 dBA).  This is relatively quiet by my standards but for users who are especially sensitive to noise it may be too much.

With the four fan system closed up and running under load at 7V, the average sound pressure level was <35 dBA, virtually silent.  With all the case fans running this quiet, you will need to make sure you have very quiet cooling solutions on the CPU and GPU as well or they will become noticeable.  This configuration offers the best balance between cooling performance and minimal noise IMHO. 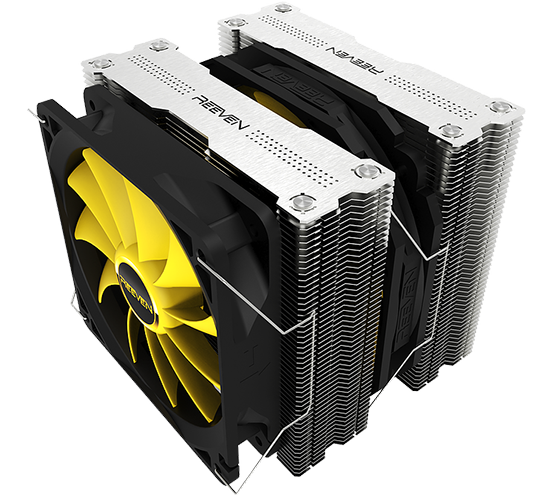