The newest iteration of BigFoot Networks’ Killer NIC card is the K1. It offers the same gaming network performance enhancements as well as support for the intriguing FNApps feature. But is the price low enough for gamers to upgrade to this new network card?

If there has been one device that has caused turmoil and debate in last year’s hardware race, it was BigFoot Networks’ Killer NIC.  Here is a product that was priced at $249 or so asking users to shell out big bucks to replace the basically “free” networking that they got on their motherboards.  There were numerous reviews of the product, including our very own, with results and opinions that varied drastically from ‘a waste of money’ to ‘potential blockbuster.’

I think my initial review of the Killer NIC M1 (as it later became known) pined that the product was good, but had more potential than was really shown in the product at the time.  Has anything changed with the new Killer NIC K1?

This information originally appeared in our first Killer NIC review; but since the technology and information remain the same, I decided to provide it here.

Bigfoot Networks technology used in the Killer NIC card is dubbed LLR – lag and latency reduction.  There are quite a few various terms that make up LLR that we will explain here.

This technology allows the Killer NIC to prioritize network traffic based on its type to allow gaming traffic to get attention first from the NPU.  The Killer NIC is able to classify both inbound and outbound packets, something that NVIDIA’s prioritization technology can’t do.  The most common gaming network type, UDP, is prioritized higher than everything else in order to make sure the NPU is working on it in real time as opposed to being buffered or waiting.

Some routers also attempt to do this type of prioritization though the efficiency of the Killer NIC should be much greater thanks to the on-board memory and ability to store and hold non-priority networking traffic.

This is the term that Bigfoot Networks gave to the ability for the Killer NIC to offload the CPU of networking computations as well as speeding up the main game loops.  For systems with older GPUs, the extra CPU power and lower main memory foot print can improve the efficiency of the graphics card leading to higher frame rates.  If you have a newer GPU where graphics processing is not a bottleneck, the Killer NIC MaxFPS technology can improve performance by speeding up the game loop that is often waiting for an answer from the Windows networking stack by eliminating that wait.  Bigfoot Networks is able to do that by hold ready “flags” for the game to query against and storing the game’s network state in the card’s local memory.

This diagram offers a visual way of representing this technology that has been prevalent in server networking for some time.  In this example, the typical game loop will poll on a socket every time and many levels of the network stack are traversed to find out if data is present or not, to change the game state (say your enemy moved).  This has to happen even if there wasn’t any network traffic inside this frame’s rendering time.

What the Killer NIC does is set and clear a data ready flag in user space for fast access by the game whenever they make these kinds of calls.  The Killer NIC stores the networking stack internally, and it is continuously being updated by its own processor and will set the flag in main memory when necessary.  The result is that game loop can find out if something has changed very quickly and the updates can happen quicker as well, in “the background” as the Killer NIC’s NPU handles the work.

Of course, these actions are a lot more complicated then how I explained it, but for those of us that don’t have degrees in network engineering, it gets us to the point.

While the Killer NIC can’t really improve your (client) network’s latency to the host network, they can lower the “effective” latency with two methods.  First, the LLR technology makes sure that your OS and networking card do not add any unnecessary latency into the game.  By off loading UDP checksums, buffer copies and stack efficiency to the NPU, UDP traffic is sent in and out of the system as fast as possible; much faster than nearly all on-board NICs can claim.  The second method is a side effect of the MaxFPS technology that speeds up the game loop and thus the effective internal latency is reduced.

Basically, these add up to data getting into your system, to your game, back from the game and out of your system faster.  How much faster depends greatly on the game, as we’ll see later.

Ever been gaming and want to add latency to your gaming session?  Me either, but apparently some people do!  The Killer NIC has the ability to add real latency to your network traffic by simulating routers in software on the NPU.  This can be helpful if you are hosting a game of Day of Defeat and all of your slain enemies are complaining of your 0 ping.  You might also want to do this if you are Fatal1ty and want to hone your gaming skillz in a handicapped fashion.

This is not “fake” latency that some gamers have used to cheat in online play, but is actual latency by holding on to your outgoing UDP data for up to around 20 ms.

One of the most interesting features of the Killer NIC is this FNA technology that basically allows you to run applications on your card on the embedded Linux OS.  The Killer NIC is more or less a very small computer with a CPU, RAM and connectivity of a USB port and thus you or others have the ability to write software to interact with it. 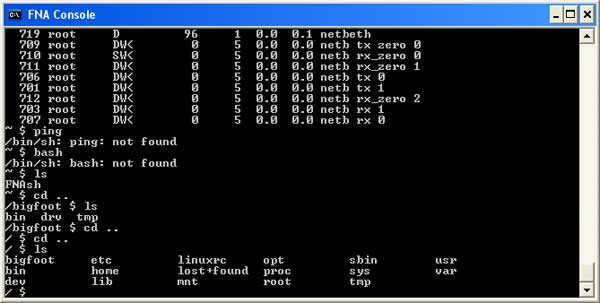 Here you can see me accessing the Linux install on the Killer NIC through a console application (FNapp). 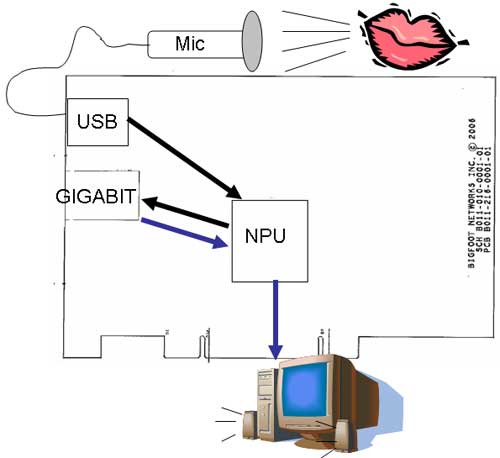 Here is another example of what someone COULD write for the Killer NIC — an application that does VOIP with a USB microphone, using the NPU for processing and the Gigabit Ethernet port for data, all without touching or adding work to the main system CPU.  Other applications have some interesting appeal: packet monitoring utilities and file sharing applications that store data on a USB hard drive without a need to run an application in Windows are a couple that look interesting to me. 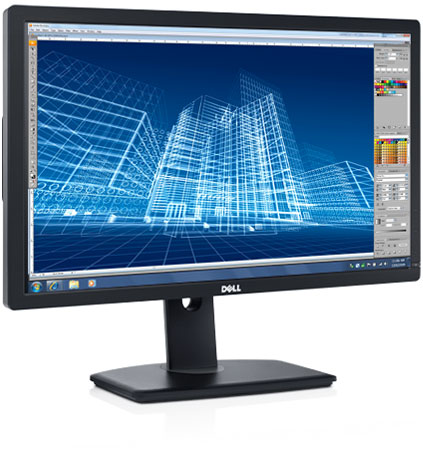 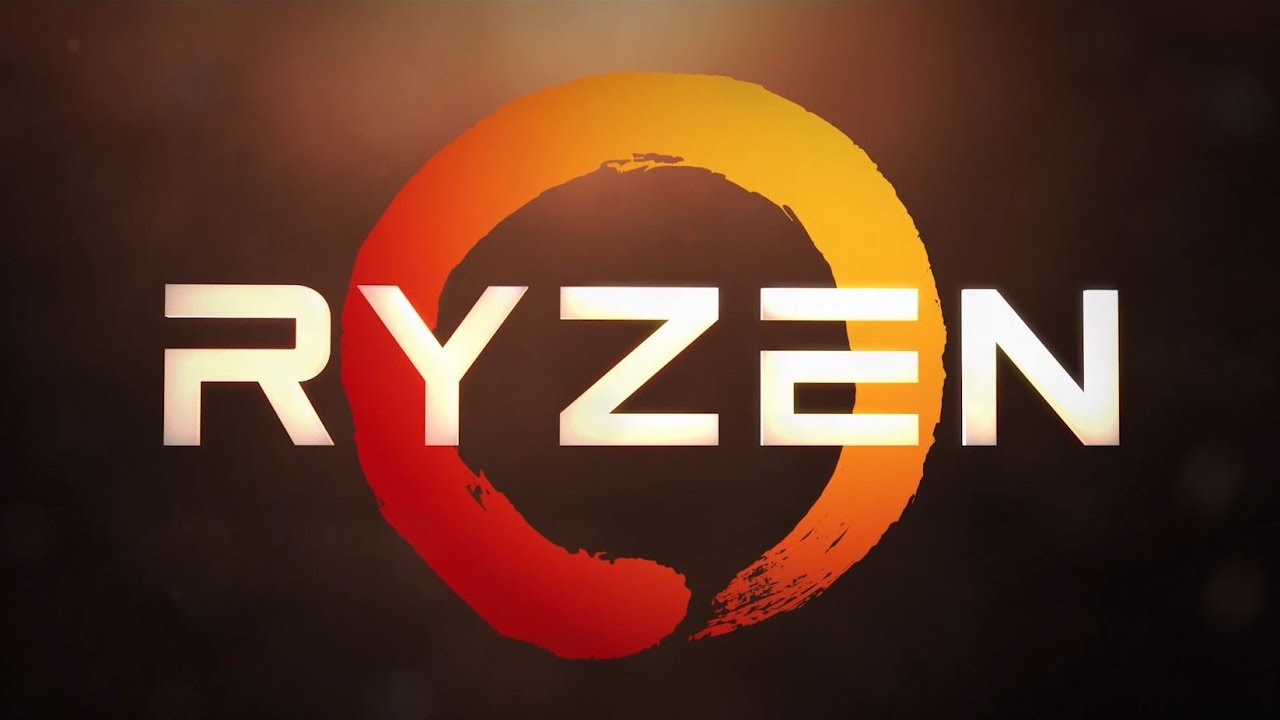 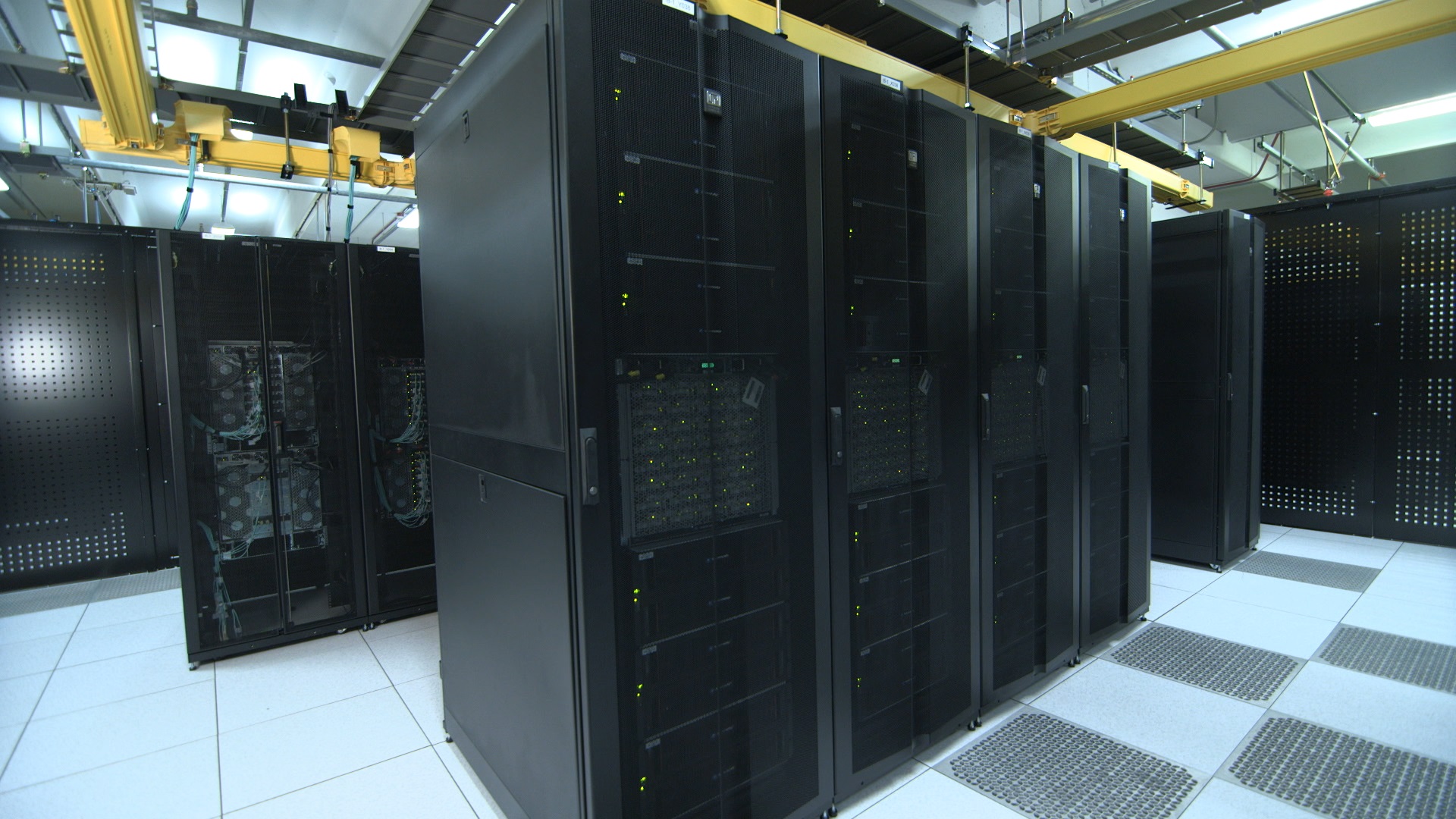