If you read my previous Killer NIC M1 review you probably got the hint that the FNApps was one thing that I really thought had potential.  Here’s a quote:

Bigfoot Networks also needs to push the FNapps feature of the card more — this means creating programs themselves and giving them away to users.  If someone told me the card could handle VOIP with Skype, BitTorrent downloads and run a dedicated Apache server while I game, then I think $250 would be a steal for a product like this.  Sure, some coders and hackers are going to love playing around with the embedded Linux, but to sell cards you’re going to have to get some FNapps on the driver CD ready to roll.

It would appear that BigFoot Networks took some of this to heart!  As of a couple weeks ago, the very first FNApp was released publicly on the Killer NIC website: FNA Torrent.

This program runs in Windows, on both Vista and XP, to download torrent files over the Killer NIC card and to an external hard drive or USB drive attached to the USB port on the card.  There are still a few bugs to work out, but in general it worked very well and is a great showcase for what is possible with this card. 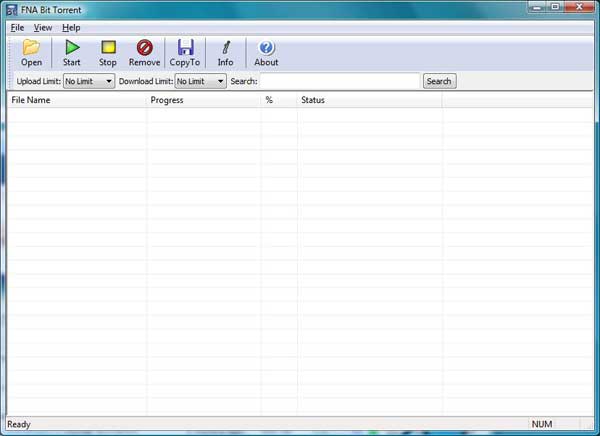 Here is the basic layout of the FNA Bit Torrent program: it looks like a simplified version of most other torrent programs out there.  The buttons across the top perform as you would expect; the “Copy To” button it how you can transfer completed Torrent downloads from the USB drive (that is ONLY accessible by the Killer NIC card) to a local hard drive so you can actually use the file. 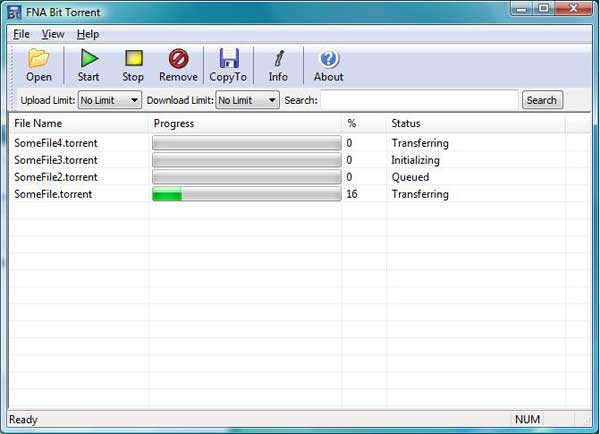 Here is the torrent FNApp at work! You can see I have four files being downloaded at one time, though only two are transferring at the time.  One of the things I wish BigFoot Networks had included was a transfer rate and maybe a way to see what you are actually uploading.

You can set limits to how much bandwidth you want to use for both up and down streams; the limits only go to 256 kbps though, so if you want more bandwidth than that your option is ‘no limit’.

I did play some FEAR and World of Warcraft while these downloads were running and as promised, I didn’t see any performance drops during game play.

For a first offering, the FNA Bit Torrent client from BigFoot Networks is a GREAT bonus program for Killer NIC users that showcases the potential that FNApps offers.  It is the first step in a long journey though, if only because one program won’t sell the card; more equally impressive programs should be in the works and hopefully will see the light of day soon!

Does it really work?

While I wouldn’t say I didn’t believe the folks at BigFoot Networks when they said running the Bit Torrent client would have no effect on the networking and gaming performance of our test system, I had to test it to be sure.  To test it, I played World of Warcraft while having the FNA Bit Torrent client actively downloading in the background and again without the client loaded at all.

My results are pretty definitive here — the FNA Bit Torrent client works as advertised and allows gamer’s to download while playing and NOT affect their performance at all.  The client itself could use a little more work and tweaking, but it acts as promised.

Sadly, still not coming the day after to-morrowind 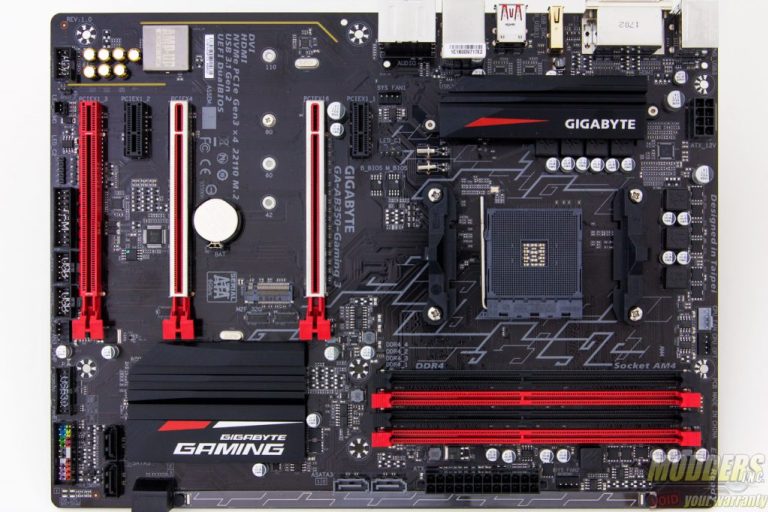