The only major design concern I have with the mALX is the troublesome power adapter. Unlike typical notebook adapter plugs, this one uses multiple prongs which is prone to breaking (like S-Video cables). This is particularly worrisome since this adapter is unique to the mALX so finding a generic replacement is non-existent. 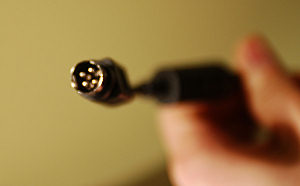 To compound this problem, the 3 lb. power brick dangles off this delicate connector exerting unnecessary pressure. Alienware should have given a longer cable to ensure that the brick sits on the floor. Otherwise you put the power brick on the table, which isn’t always available.

Overall the Alienware mALX is a superb notebook with a 19″ screen that justifies the dual GeForce Go 7900 GTXs inside. Our gaming tests show that it blows away every game we threw at it with flying colours. Of course this isn’t cheap, but you can offset that by compromising the RAID function (you can always upgrade that later), or going with less RAM.

Alienware backs their Aurora mALX with a superb support and warranty program which we have documented well in the past. Their phone support is responsive and well connected between different departments, so you don’t have to explain your situation a million times. 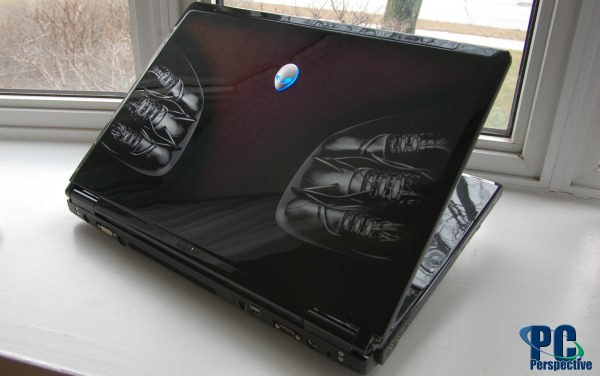 Now comes the biggest issue: the price. The cheapest configuration for the mALX I was able to build at Alienware’s website was $4499. This comes with two 256MB 7900 GTXs, a single HDD, and 1GB of RAM. If you want RAID or more RAM onboard, you’ll have to pony up. Alienware makes no bones about the capabilities of this system: it’s the fastest gaming notebook and the largest screen they got! You want the best, then you better be prepared to pay top money for it.

Alienware has frequent deals on their systems and their newsletter is the best way in keeping on top of their deals (I’ve seen free SLI upgrades and free 20″ displays being promoted over the months). Check out their website for the latest deals.

You can buy Alienware systems direct from Alienware, or you can use our PriceGrabber system to find something similar.