The Apple TV claims to be able to bridge the gap between all that media being stored on your computer and move it to your high definition television. Can it survive without support for HD video though?

To say that I don’t religiously follow Apple’s products and releases would be an understatement.  I haven’t used a new Intel-based Mac computer, I didn’t sign up for a pre-order of the new iPhone nor was I particularly excited to hear news about the Apple TV product and how it would revolutionize my on-the-couch experience.  But when the opportunity rose for me to get one of these in and test it out, I wasn’t going to pass it up.  And in fact, I think my skepticism only adds the ability for me to objectively review such an item.

To describe the Apple TV, you need to understand what it attempts to achieve.  Where do you keep all of your music, movies, photos and TV shows that are digital in your home?  If you said on your PC or Mac, you should keep reading.  Would you rather be watching those movies and listening to those songs on your home theater or TV in a more social setting than at your desk?  If so, keep reading.  Do you use iTunes to download music, movies and TV shows already?  If yes, then you should definitely keep reading and even if you don’t, you might find that moving to the iTunes software could bring about some interesting benefits when paired with the Apple TV.

In short, the Apple TV attempts to bring the “digital home” to the Apple brand just as Microsoft’s own Media Center software has been attempting for years now.

Since at PC Perspective we have traditionally focused on the hardware in today’s technology, the “guts” of the Apple TV are very intriguing — though we won’t stop there and will definitely look at how the software on the Apple TV works and how it functions for an end user.

The Apple TV is more or less a very small form factor computer acting has a media extender for the iTunes software running on another PC or Mac in the house.  It is rather small, measuring 7.7 inches by 7.7 and is 1.1 inches tall.  That size can be considered both a positive or negative depending on your view; one my house guests told me he pointed out the Apple TV immediately as the “component that didn’t fit in” with the rest of my home theater setup.

Powered by a modest 48-watt power supply (built into the unit, not with an external power block), the Apple TV uses an Intel processor (of undisclosed speed and origin) and Intel chipset to handle the main processing and an NVIDIA GPU for video processing as it turns out.  It has a built-in 802.11n wireless networking card to attach to your existing wireless network though it does have a 10/100 networking port on it as well.

The 40GB hard drive in it seems rather small though because you can choose to stream content rather than sync it (copy it to the Apple TV drive) that size limitation is only going to be a detriment in certain cases.

The Apple TV supports a wealth of A/V connections including HDMI, component, optical audio and analog stereo audio.  Audio and video codec support for playback are more limited and include anything that iTunes supports natively including MP3, AAC, MPEG-4 and anything purchased through the iTunes stores.  H.264 encoding used by Quicktime and other online sources is supported as well and it will all play back on any TV that is enhanced-definition or high-definition.

We’ll take a lot at the external and internal technologies of the Apple TV on the following pages and then get into how actually using the Apple TV was for an end user. 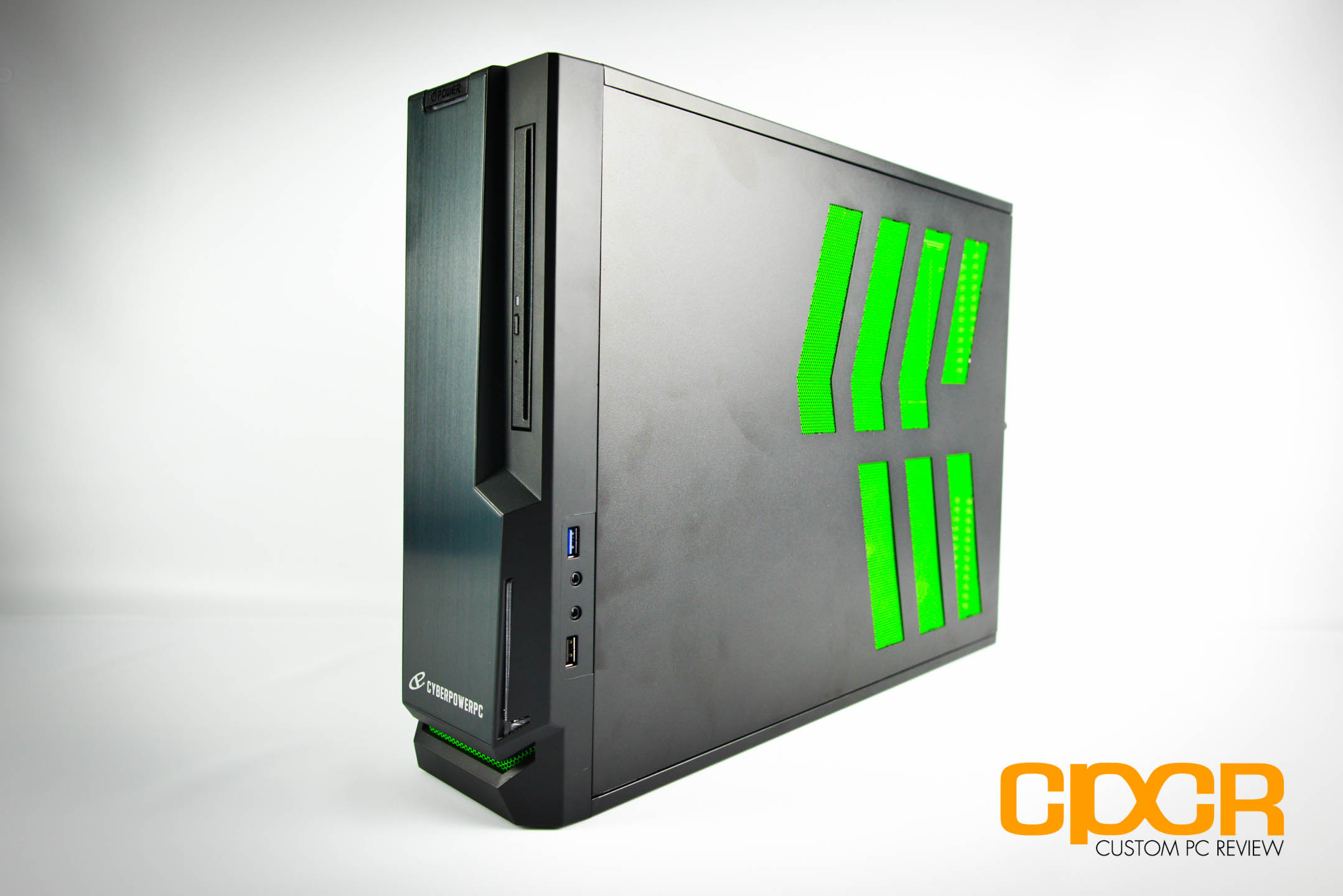 Bigger than a toaster but far more powerful, the CyberPowerPC Zeus Mini-I 780 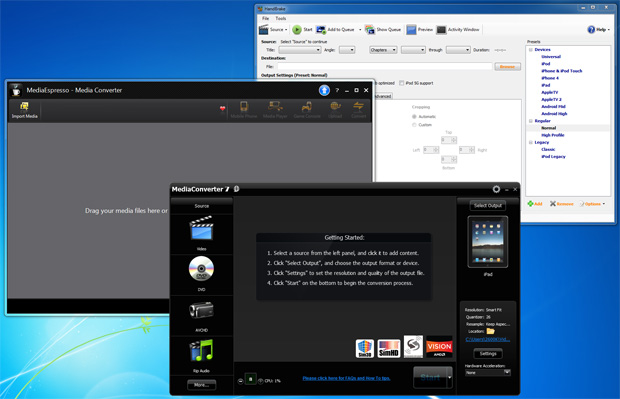 Put your HTPC to work