The Half-Life 2 series is just too popular to stop and Valve’s move to episodic gaming with HL2: Episode 1 has so far paid off.  Based largely around the technology demo of HL2: Lost Coast, Episode 1 brings new shaders and HDR to gamer’s taking the role of Gordon Freeman. 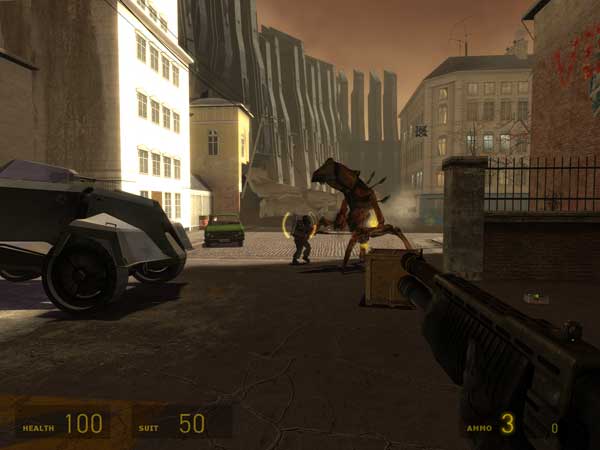 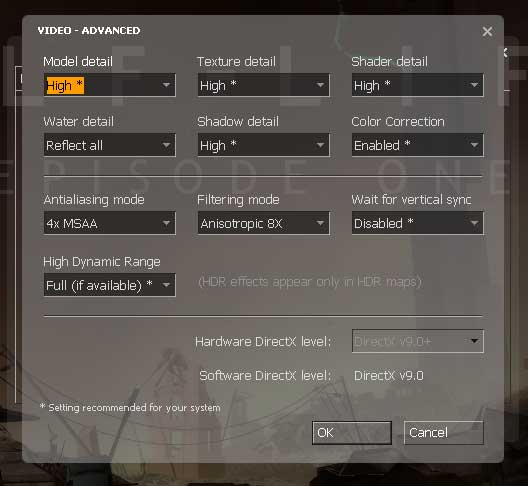 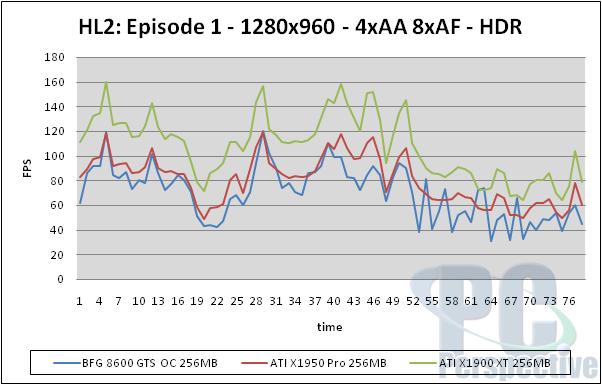 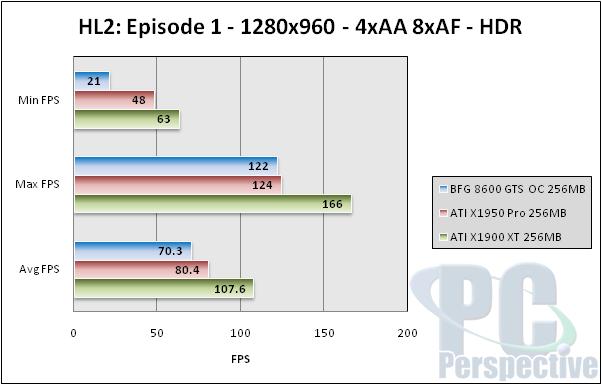 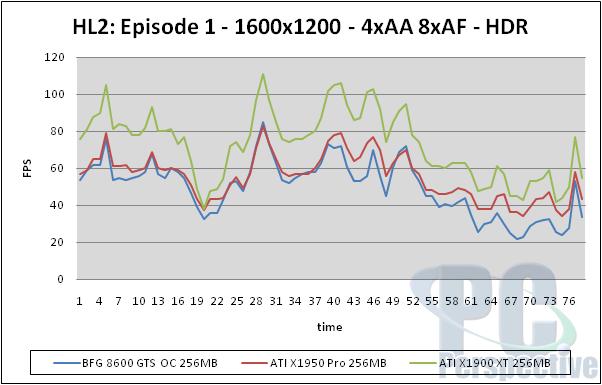 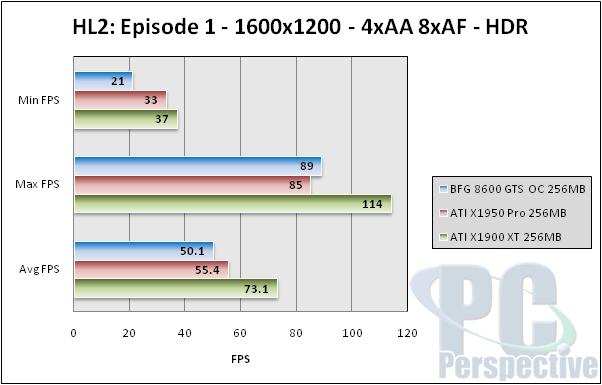 Like I saw in FEAR, in many cases the Episode 1 gaming experience was littered with stuttering and hitches and you can clearly see those in the dropped frame rates.  If this driver issue can be fixed I think we’ll see the Episode 1 performance on the 8600 GTS rise substantialy though for now it is again getting shown up by the X1950 Pro.