The BIOS on the 600-series motherboards has been very impressive as NVIDIA has been able to take their expertise with their own products and write the BIOS around the features they are trying to show off — namely overclocking and tweaking. 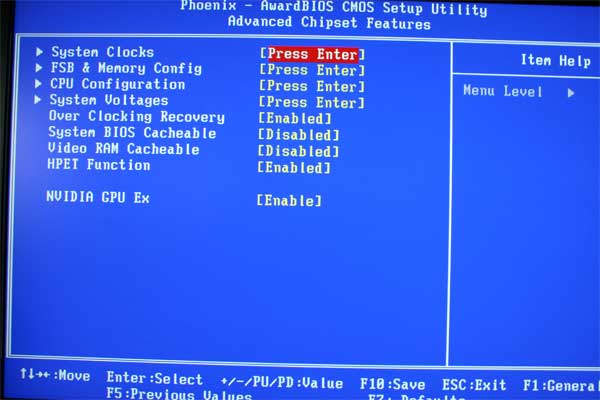 This is where all the magic in the 650i Ultra happens — the Advanced Chipset Features menu where we can edit all the clocks and voltages. 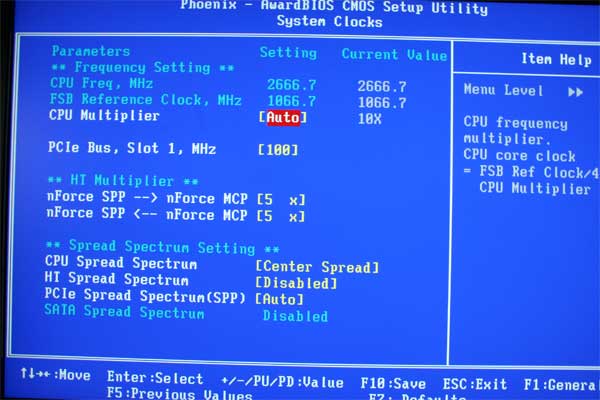 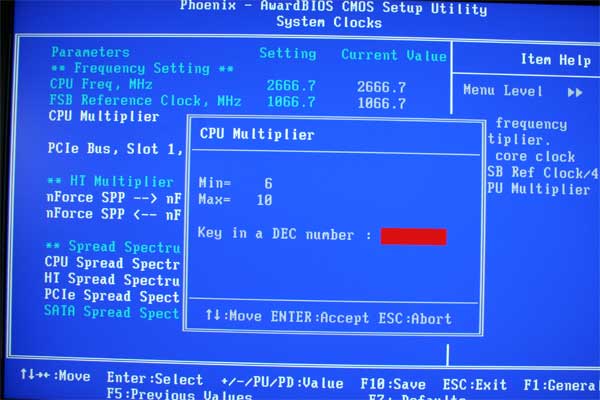 The multiplier can be adjusted LOWER if you have a standard Core 2 Duo processor or up and down if you own an Extreme CPU. 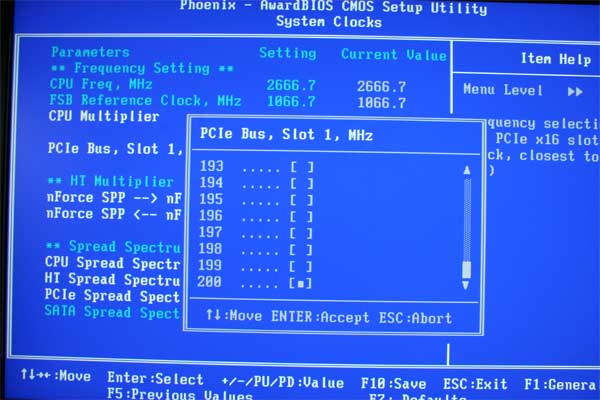 The frequency on the PCIe bus for the graphics card can be adjusted from 100 MHz (the default setting) up to 200 MHz. 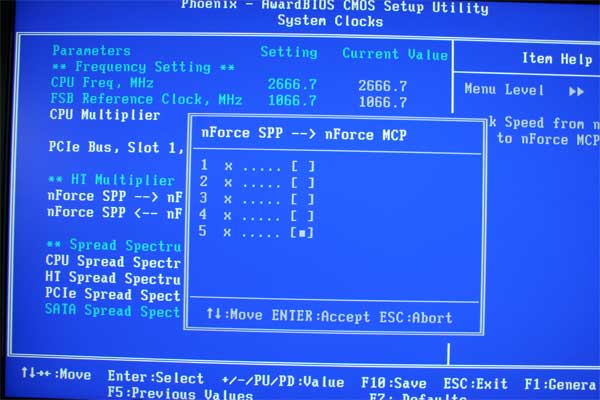 The multiplier for the Hyper Transport data connection between the north and south bridges is adjusted here, though the default 5x is probably where you’ll want to keep it. 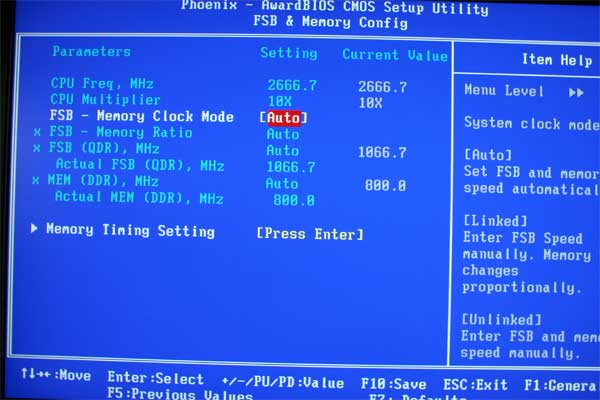 Moving into the FSB and Memory Config menu you have the options for overclocking the CPU and memory bus speeds.  Again the ‘setting’ and ‘current value’ columns are invaluable here. 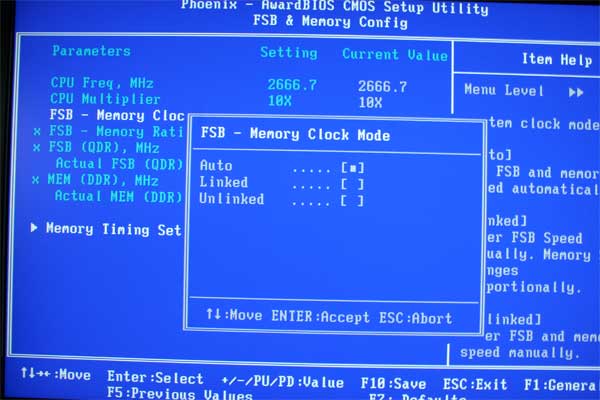 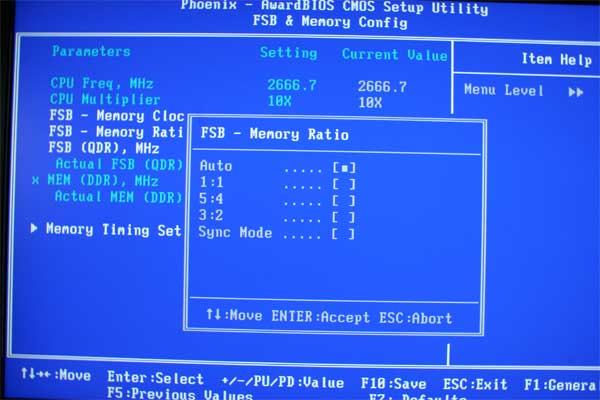 Ratios for the linked mode are as shown. 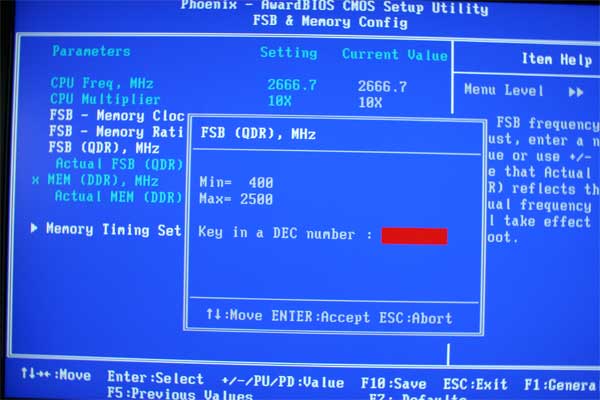 The FSB can be adjust up to 2500 MHz; that is actually getting close to being attainable as we have seen 2000+ MHz FSBs on the 680i motherboards. 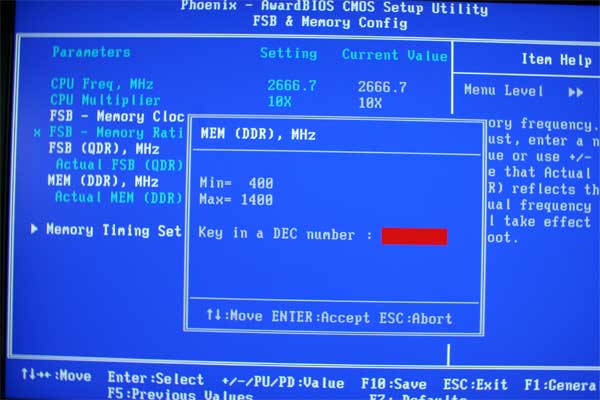 The memory frequency can be manually adjusted (in the unlinked mode) from 400 MHz to 1400 MHz.  Even without EPP support you can overclock your memory to the settings that those settings would allow you, but instead you have to do it manually.

NVIDIA Says “No” to no Chipsets