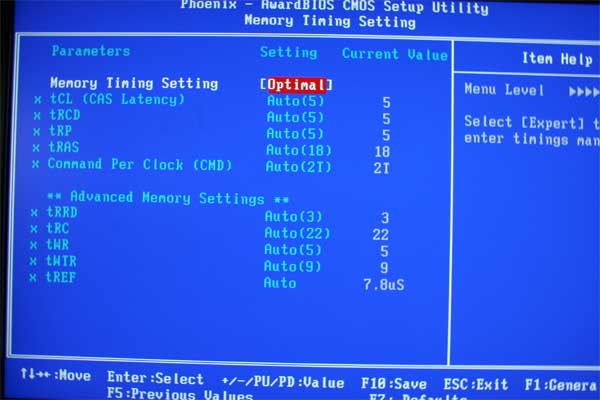 The memory timings page has listings has the options divided up between the most commonly adjusted timings and others for really hardcore tweaking. 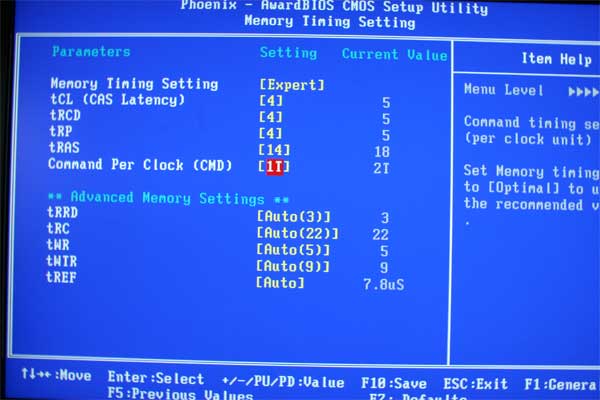 Here you can see the benefits of the two columns; we have just adjusted the memory timings to the speeds we’ll be using in our testing. 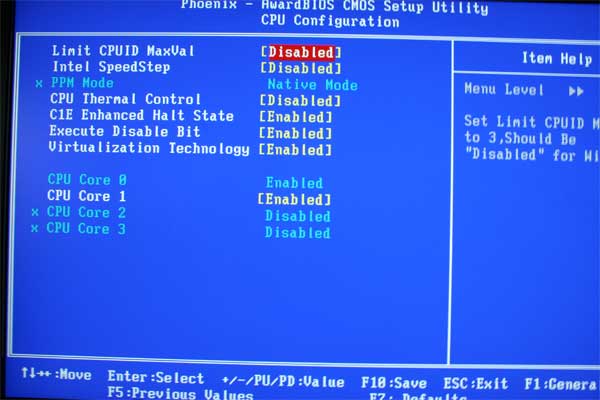 In the CPU configuration menu you can enable the various power savings features and virtualization features of the Core 2 processors.  You also have the ability to disable one of the processing cores if you’d like. 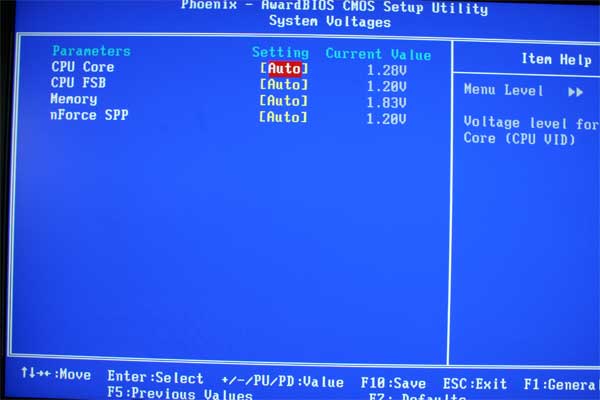 In the system voltages menu is where you find the ability to pump some extra juice into your CPU, memory and chipset. 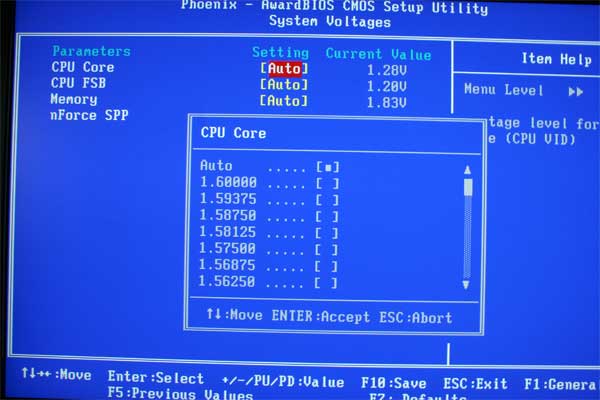 The CPU core can go up to 1.6v — while this is an okay voltage limit, the other 680i motherboards were able to go higher. 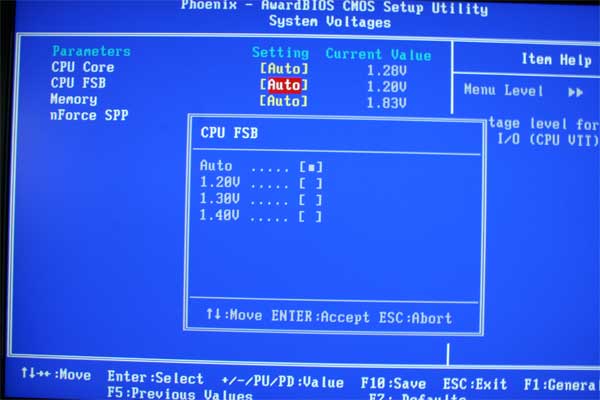 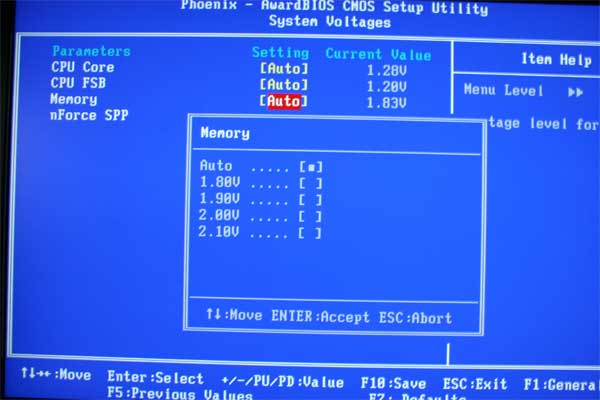 The memory voltages are limited to 2.1v which is MUCH lower than we saw on the 680i SLI and 680i LT SLI motherboards. 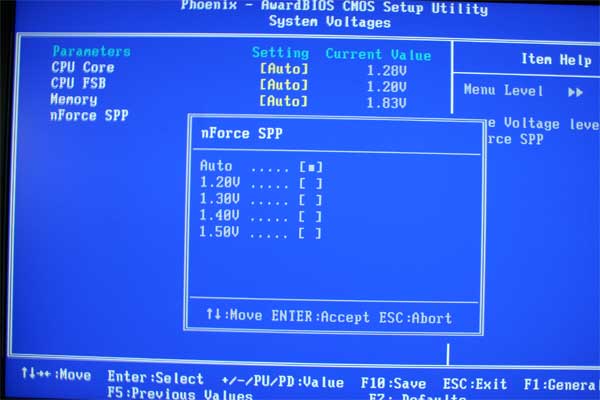 The nForce north bridge can have its voltage pumped up to 1.5v as well. 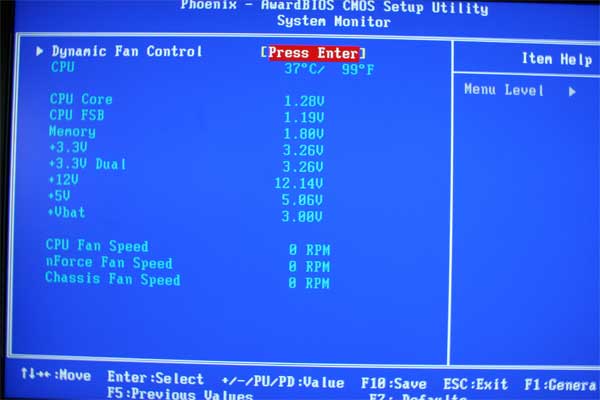 The system monitor in the BIOS is fairly straight forward with basic voltage and fan speed monitoring buy only a single temperature sensor on the CPU. 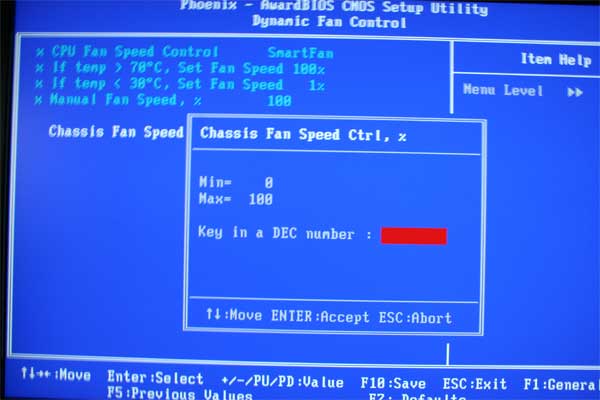 Inside the fan control menu you can adjust settings for only the processor fan.

Overall, the BIOS on the 650i Ultra is pretty good for a motherboard at these price levels though I can’t help but feel that NVIDIA left some features out ONLY because it’s a low priced board.  For example, it really costs NOTHING more to implement the higher voltage settings and the BIOS profiles feature (something that I really liked) but NVIDIA no doubt dropped them to help encourage users to ‘jump up’ to the higher priced 680i LT SLI or 680i SLI motherboards.