Since the P35 chipset is really just an incremental upgrade of the existing 975X/P965 chipset family, I left most of our benchmarks out and focused instead on looking at the Gigabyte P35-DS3R DDR2-800 memory performance versus the DDR3-1066 memory performance the Asus P5K3 Deluxe provided.

For my initial testing I ran SiSoft Sandra, PCMark05, USB and SATA performance on HDTach 3.0.1.0 and I threw in some power testing as well to make sure the new chipsets weren’t out of line. 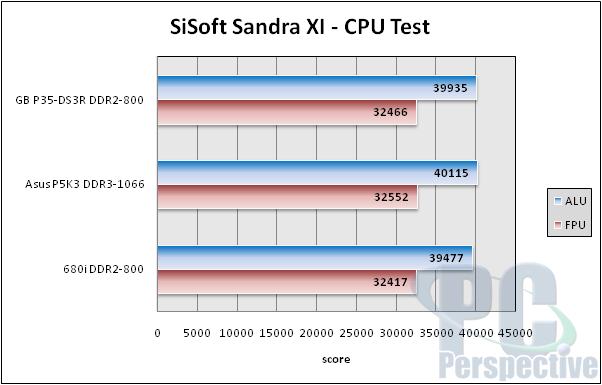 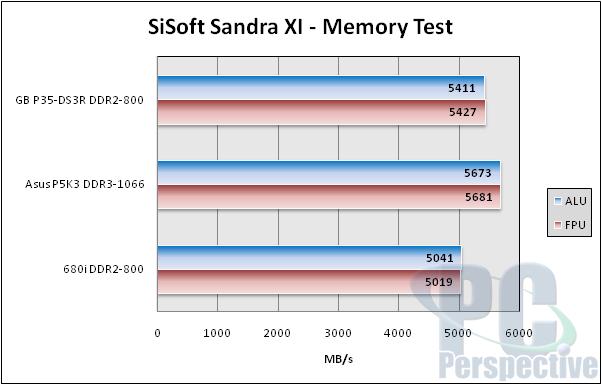 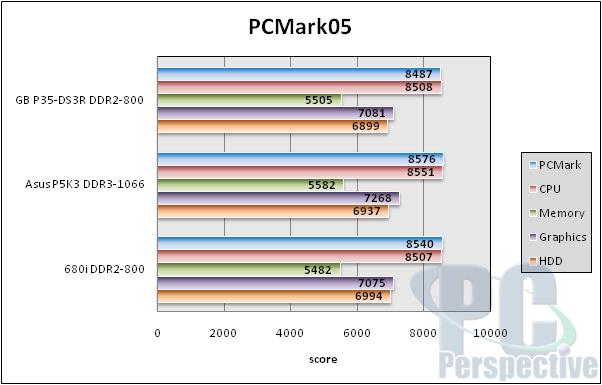 While the SiSoft CPU test shows no difference, the DDR3-1066 memory on the Asus P5K3 Deluxe motherboard actually sees a performance gain in the synthetic memory tests from Sandra.  If I recall correctly, that didn’t happen with the initial batches of DDR2 motherboards and modules, which bodes well for DDR3 support.

PCMark05 scores saw a very slight increase but in reality the scores are even enough to call the results a tie.