An interesting product announcement hit my inbox just now that I thought I would share with you all.  From PNY, a new 8800 GTX “Limited Edition” card that is highly overclocked will be available NOW or very soon.  Here are the specs:

Considering that the recently released GeForce 8800 Ultra has a 612 MHz core clock, 1.5 GHz shader clock and 2.16 GHz memory clock but has an MSRP of $829 or so, this PNY graphics card is going to look like a steal at that price.

What was more interesting to me though was in the photo of the card PNY sent along: 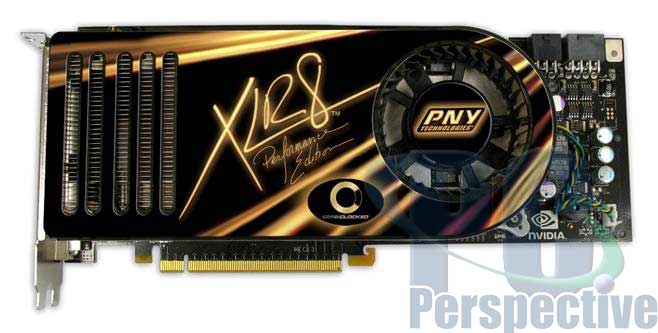 At first glance there is nothing particularly interesting about the card itself until you look at the power connections: 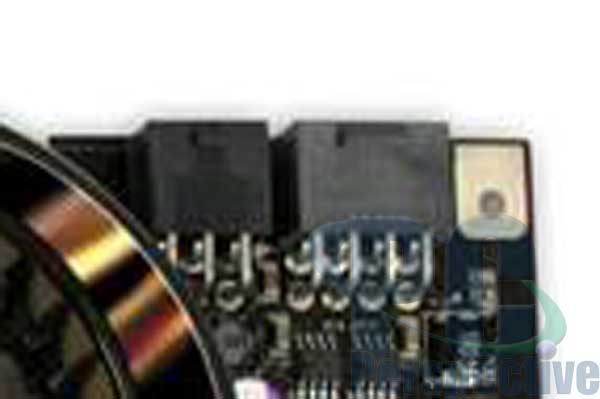 Up until now, I have heard NOTHING from NVIDIA about a move to this type of power connector and even their 8800 Ultra card continued to use two 6-pin power connectors.  The new 8-pin power connection allows 150 watts of power to be drawn over it rather than the 75 watts the 6-pin connectors can draw even though there is the same number of electrical connections on them; that is a product of standards and backwards compatibility.  Is it possible then that PNY needed that extra power to OC their boards that high?

Hopefully we can get a test sample in soon to see for ourselves.  The rest of PNY’s press release follows below.

“PNY’s XLR8 8800 GTX OC offers high-end enthusiasts a better mix of performance and price than other graphics cards in this class,’ said Nicholas Mauro, senior marketing manager for PNY Technologies consumer graphics cards and memory.  “We will continue to grow our high-end graphics card line up with a full range of product, so gamers of all levels will have more choices to select a card based on their particular needs and budget.’

â€¢ XLR8 GeForce 8800 GTX OC by PNY Technologies — Features 768MB of high-speed GDDR3 frame buffer memory and a 621 MHz core clock versus the standard 575 MHz.  The overclocked card also offers a shader clock of 1.45 GHz versus 1.35 GHz standard and a memory frequency of 2.0 GHz versus 1.8 GHz standard providing a memory bandwidth of 96 GB/sec. versus 86.4 GB/sec. standard and a fill rate of 39.7 billion pixels/sec. versus 36.8 billion pixels/sec. standard.  The card is available now in limited release from leading online retailers for an MSRP of $579.99.

PNY’s XLR8 GeForce 8800 GTX OC runs with the PCI ExpressÂ® bus architecture and supports NVIDIA SLI(TM) technology for up to 2x the performance of a single graphics card.  Outputs include two dual link DVI-I connectors + HDTV/S-Video.  Other features that come with all of PNY’s GeForce 8 series of graphics cards include: 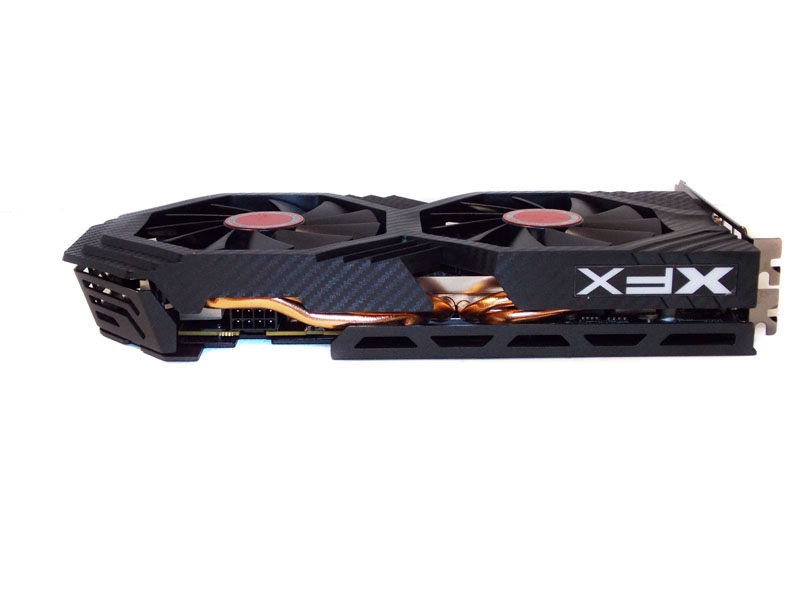