The Radeon HD 2600 Pro has the same architecture design as the 2600 XT on the previous page, but with slightly lower clocks speeds and a different memory configuration. 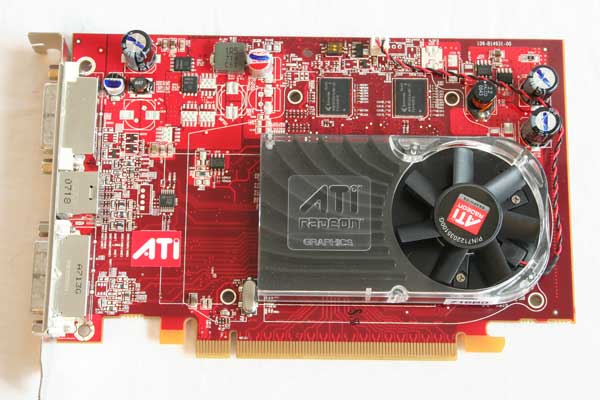 The board itself is also a very different design: it is shorter, uses a smaller (but louder) fan and does NOT have CrossFire connectors on it.  Here are the specs on this board:

I was disappointed to not see CrossFire connectors on the 2600 Pro card even though AMD later told me that some would be available with them.  AMD said it was to show the “flexibility of their design” but to me it just means more confusion in the market; now we have to look for Radeon HD 2600 Pro “CrossFire edition” cards versus just having ALL cards support CrossFire.  This seems like a giant step backwards in my mind towards the old days of master/slave CrossFire cards. 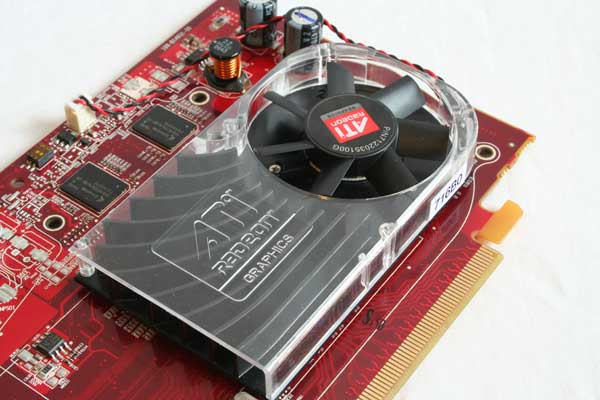 As I mentioned above, this is a very different fan and heatsink than was on the 2600 XT.  Because the GPU is running much slower, the heatsink doesn’t need to be as large though I was disappointed to hear the fan was louder on the Pro model than on the XT; though not overly loud. 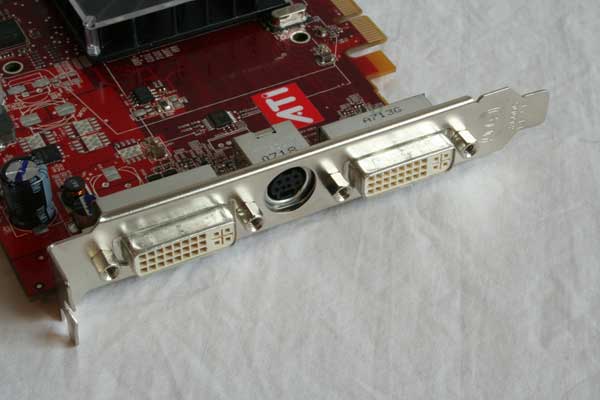 The 2600 Pro does have two dual-link DVI outputs a single HDTV output. 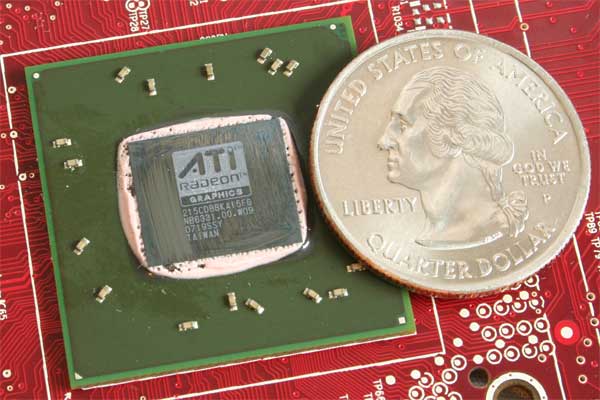 The chip itself is identical here on the 2600 Pro compared to the 2600 XT; only differences in clock speed and memory controller speed differentiate them.

AMD’s last entry into our review today is the Radeon HD 2400 XT and it is the lowest-priced card of them all. 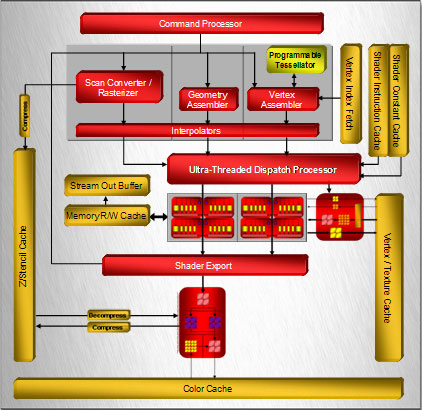 The architecture of the 2400 series consists of 40 stream processors, 4 texture units and 4 ROPs, another step down from the 2600 cards.  The cards based on this architecture are going to be priced at $80 or under according to AMD so you get what you pay for. 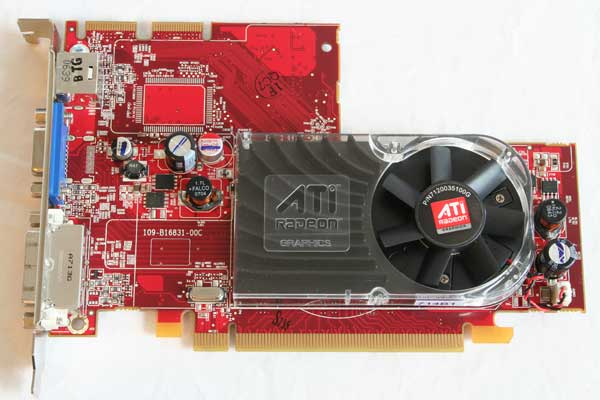 Here is the 2400 XT card as we know it: red PCB with the same fan as the 2600 Pro, but missing the upper right corner of itself.  The idea there is that this card will be able to fit into smaller form factors such as DTX with this shape design. 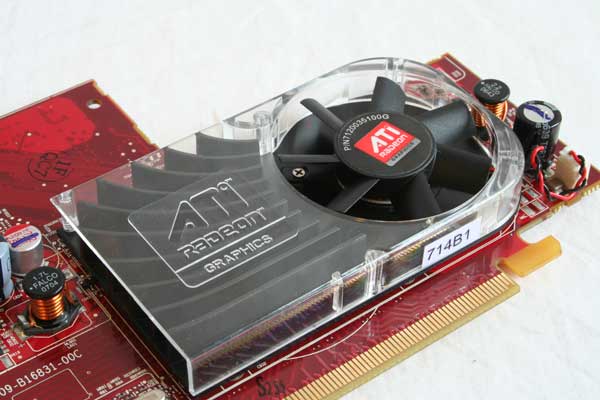 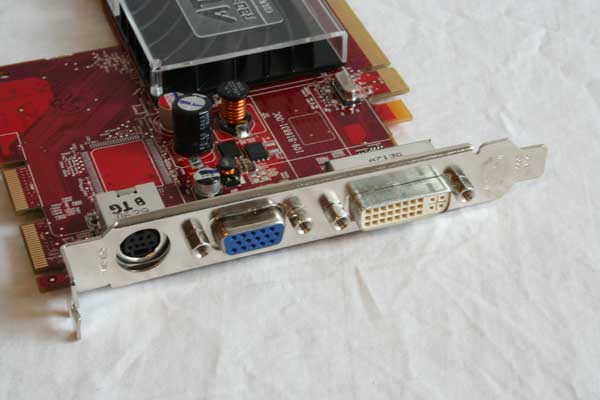 This budget card has only a single dual-link DVI output paired with a standard VGA output and an HDTV connection.  Again though, the DVI port supports the DVI-to-HDMI adaptor for HD video and audio output. 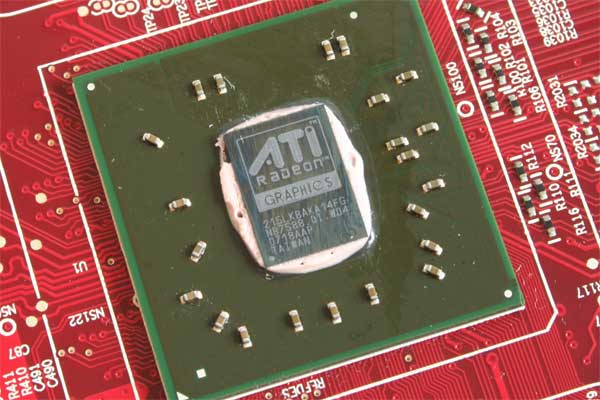 Definitely the smallest of the AMD R600 cores, the 2400 architecture allows AMD to make this chip very cost effectively and pull in power usage to around 25 watts.

Just as a side note, all of these cards being reviewed today do include the new UVD video processing technology that accelerates HD decoding.

For all the details on it and how it helps with CPU off-loading of this process, read over this page of my initial R600 review.