Here I have broken down our power consumption numbers into the same groups that the main article performance benchmarks were shown in. 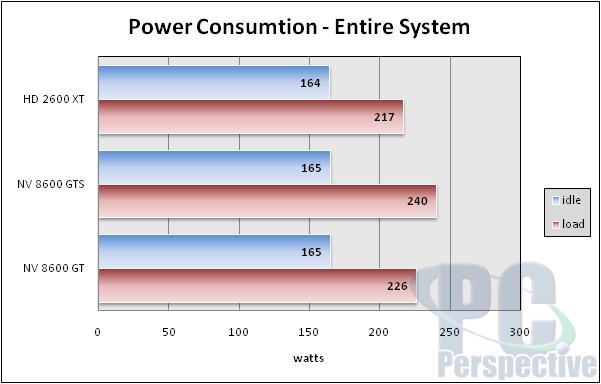 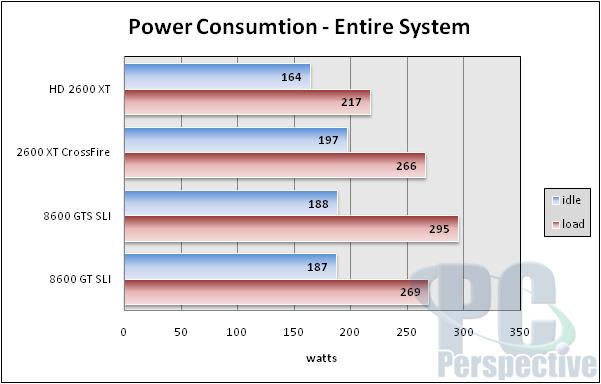 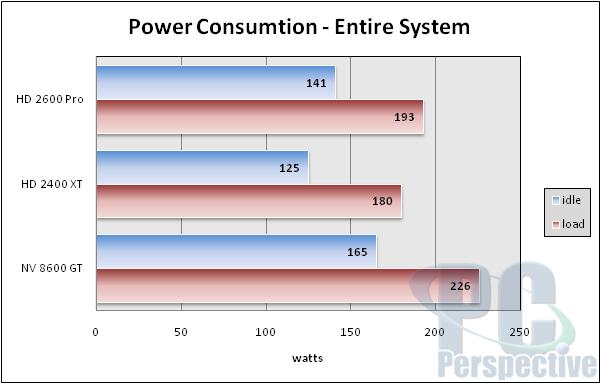 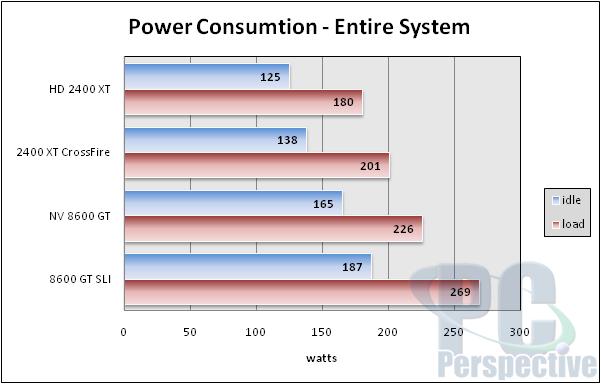 First, looking at the Radeon HD 2600 XT, its load power consumption is the lowest of the first set, coming in about 10 watts lower than that of the 8600 GT card.  Once the SLI and CrossFire modes are tested, the load power used by the two 2600 XTs is about the same as the 8600 GTs but still about 30 watts less than the 8600 GTSs.