Asus took their traditional stance at Computex and showcased many unique and interesting technology items. This year several motherboards make our list of “most wanted” as does a new DIY notebook and even a new discrete sound card option!

Asus has traditionally used Computex to show off upcoming designs and new product innovations in a way that few other companies can really match.  In Taiwan, Asus is a power house, and equivalent to something like GE or P&G in the US.  This year, even though there wasn’t much exciting in the form of products from their partners (NVIDIA, Intel, AMD), Asus was able to gather enough new technology to warrant its own little showcase in our Computex coverage.

Asus Republic of Gamers motherboard series (ROG) has gotten a good amount of positive feedback from the editorial community as well as real world communities like our own PC Perspective Forums. 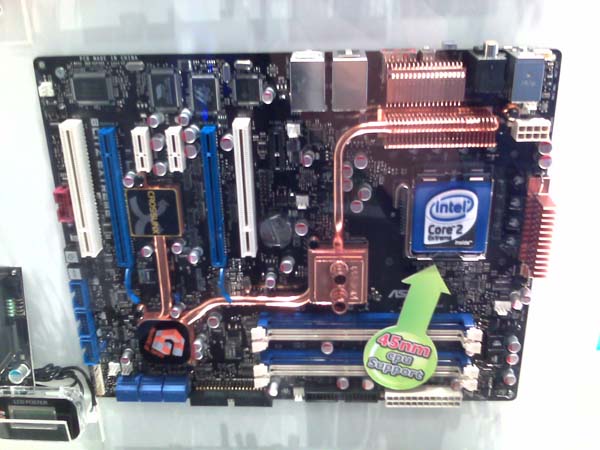 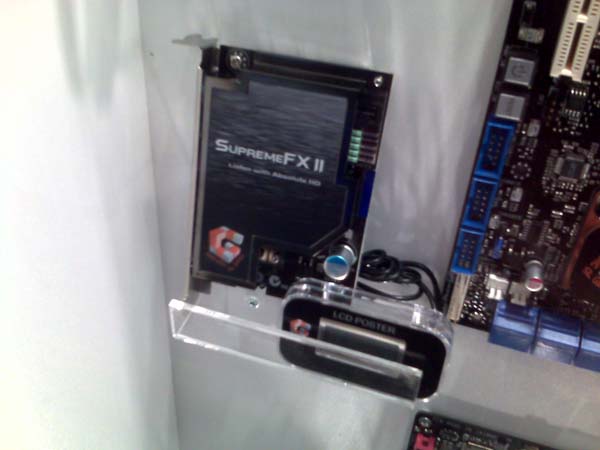 The newest addition to the ROG motherboard line up is the Blitz pictured above.  It will use the new Intel P35 chipset and will support both DDR3-1333 MHz memory and the upcoming 1333 MHz front-side bus processors.  The on-board audio uses a very high quality riser card that should help to eliminate most all of the noise from the electrical signals traveling over the motherboard PCB.

The LCD Poster shown in the picture will give the user feedback during the boot process without having to look into their case to the motherboard where LED POST information is traditionally displayed. 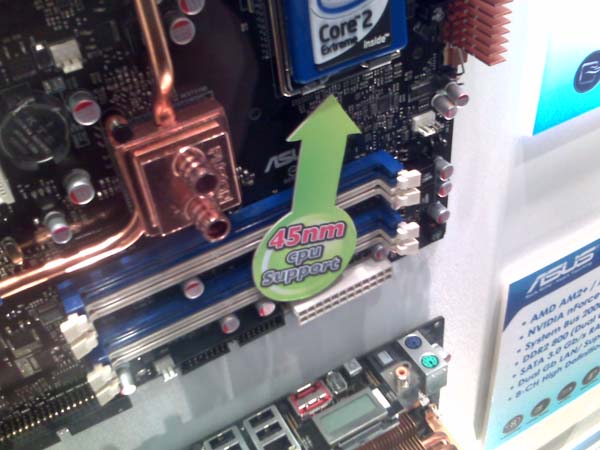 There are other very notable features on the Asus Blitz motherboard including an integrated OPTIONAL water cooling solution for the chipset.  You can see in this photo that there are two tubing connectors that can be used to put the chipset cooler in line with any other water cooling setup you might have.  The best pat about this feature is that it will work as a standard heat pipe if you don’t have water cooling. 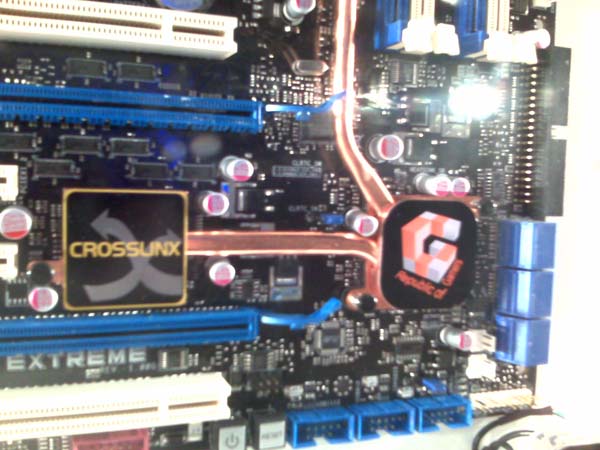 You’ll also notice that there appears to be a third chipset chip on the motherboard down between the PCIe expansion slots.  This is a PCI Express routing chip that takes the single x16 PCIe connection that Intel’s chipset provides by default and splits it into two x8 data connections.  All of the other Intel P35 motherboards have had a single x16 PCIe slot with a x4 PCIe connection going to the secondary PCIe graphics slot.  Asus is hoping that by having x8 bandwidth going to each slot there multi-GPU performance might be faster than the competitions. 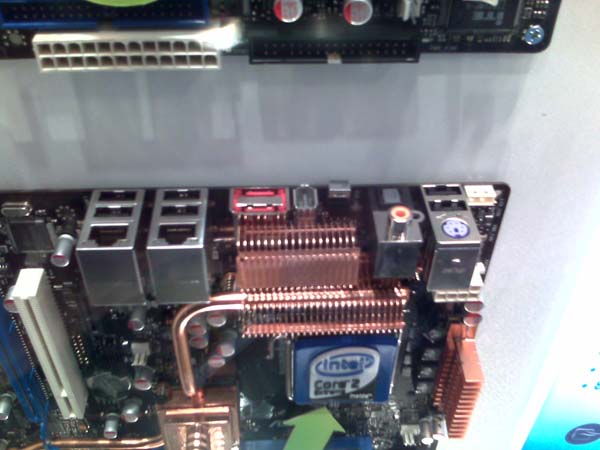 The external connectivity options provide six USB 2.0 ports and only a single Ps/2 connection.  eSATA, Firewire, both optical and coax digital audio output and dual Gigabit round out the rest with a CMOS reset button back there just to make things even better.

The upcoming release of AMD’s 790 chipset is no longer a secret; several companies at Computex were showing their version on display but Asus has again gone beyond the reference design. 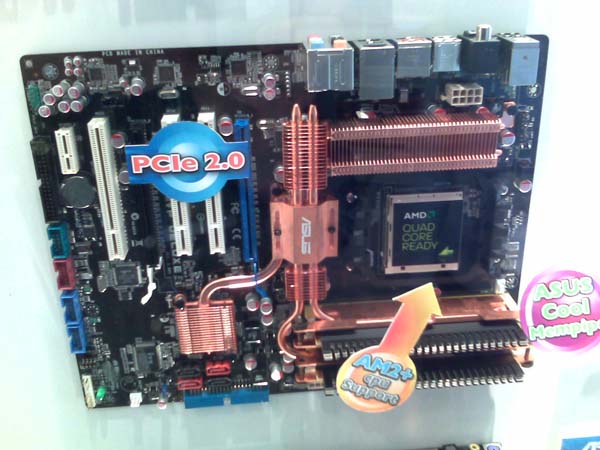 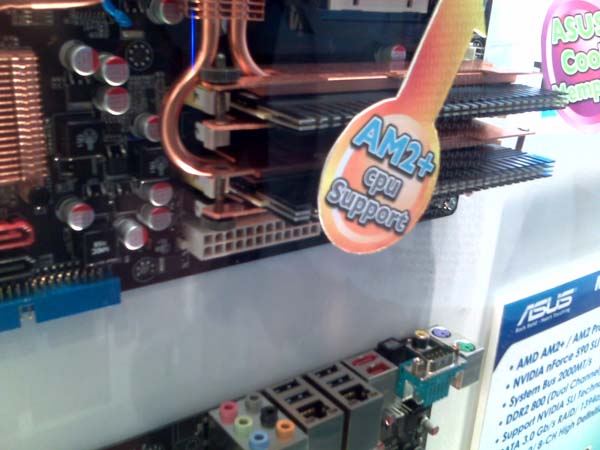 The M3A32-MVP Deluxe motherboard looks like it could be an outstanding solution; it will support AM2 and AM2+ processors with support for DDR2-1066 memory.  There are some next-generation features on the board as well including support for PCI Express 2.0 and the new HyperTransport 3.0.

What’s probably most interesting is the memory cooling mechanism that Asus has included on the motherboard.  The beefy heat pipe that is on the board can be used to help cool the memory modules; they are shown here attached to some Corsair Dominator modules.

Pre E3 News and Lots of it!

It’s not all Computex right now