Thermalright continues to plug away at the classic cooler design and seems to be doing well at it. 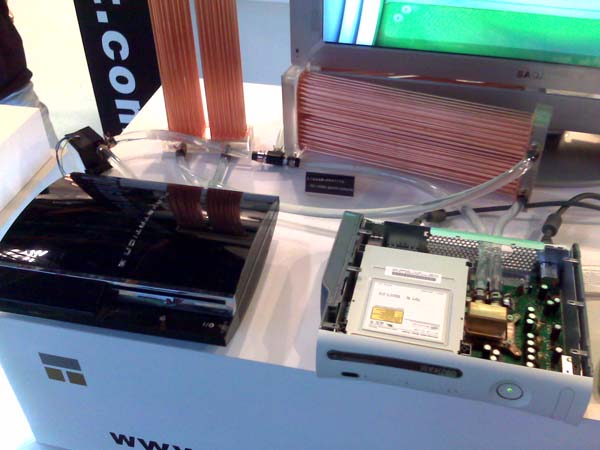 Though just an interesting tech demo, Thermalright had both a PS3 and Xbox 360 being cooled with a liquid system going through some free standing radiator blocks. 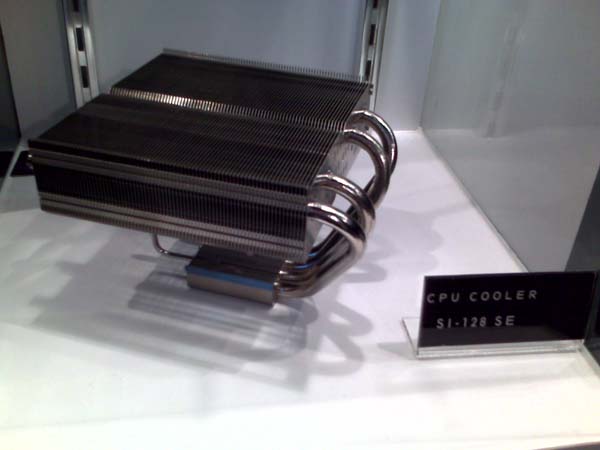 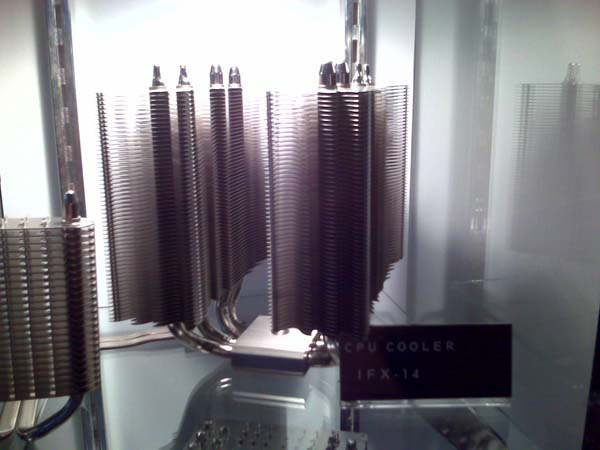 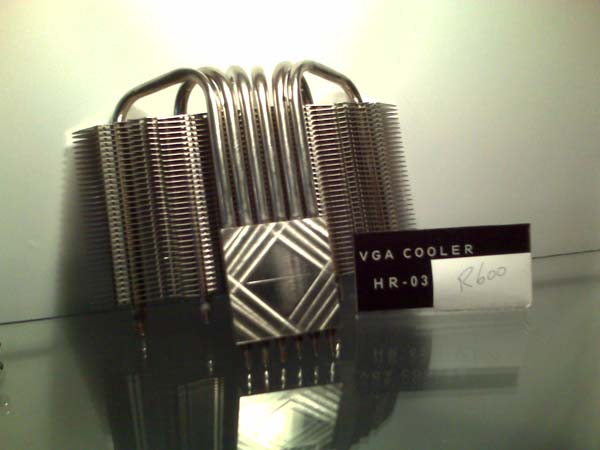 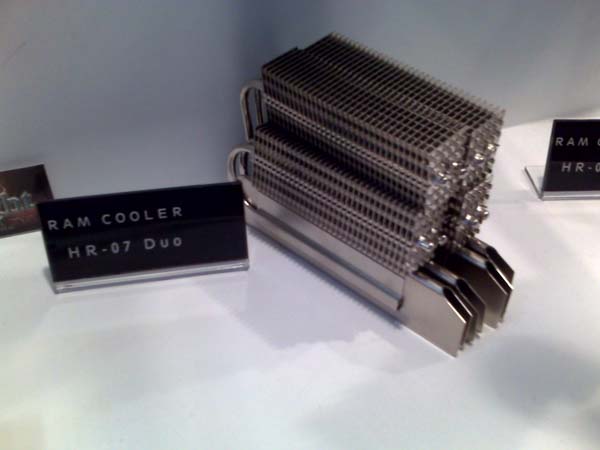 A couple of new heatsink designs and a new GPU cooler made for the R600 were on display.  These passive memory heatsinks are now redesigned to allow you to install FOUR modules by alternating the height of the fins. 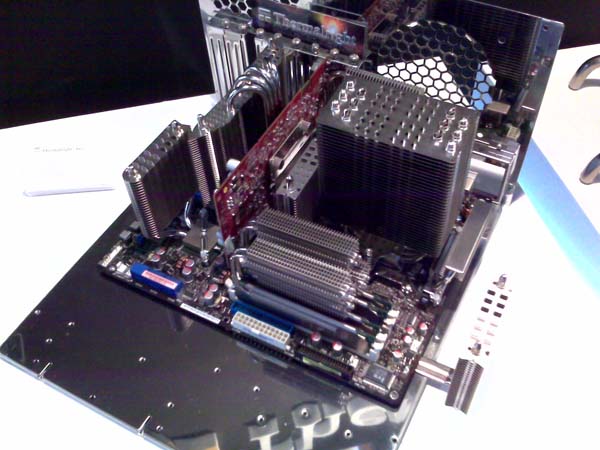 Here is a demonstration of a complete system being cooled by Thermalright products passively — it includes CPU coolers, GPU cooler, chipset coolers, memory coolers and even back-side motherboard coolers. 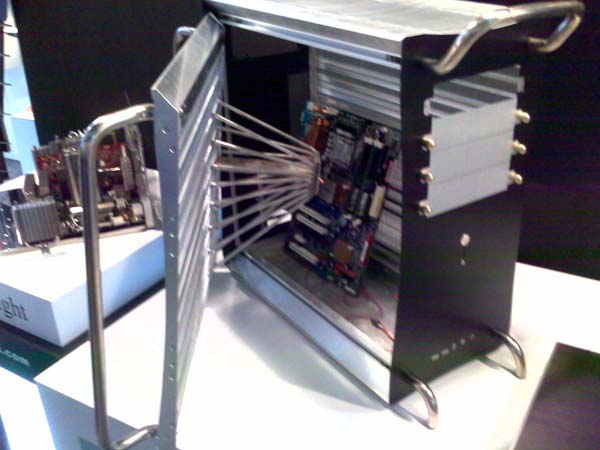 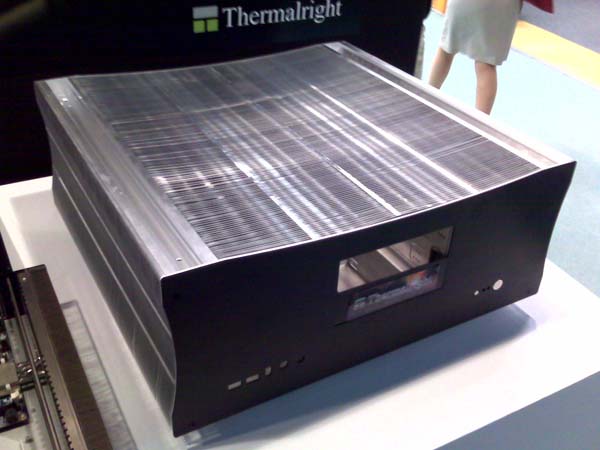 There new design idea is to develop a “heatsink case” that is essentially one enourmous radiator that you install your components into.  You can see in the top image that the case will have to be designed for specific sets of motherboards as there could be some incompatibilities from manufacturer to manufacturer.  They did say this product should be out within a couple of months though, and we are excited to see how it performs.

Computex isn’t the only show going on right now