When you think of memory, you PROBABLY don’t think of PNY.  Graphics card, maybe; but solid-state drives and memory modules seem a bit out of place when you look at the company from a traditional view.  PNY is hoping to change that this year. 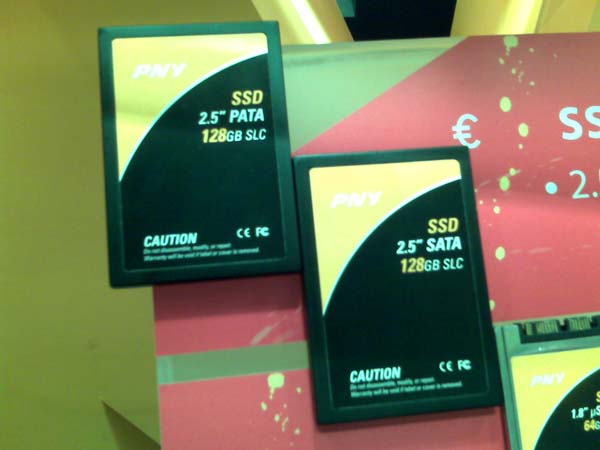 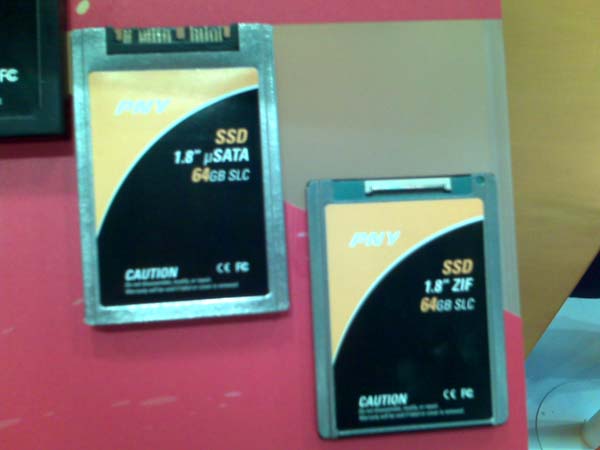 PNY is going to be offering a wide range of SSD products with current capacity limits of 64GB.  They are going to have 128GB products by the end of year they told me.  These drives will be offered in PATA, SATA, micro-SATA (a format not yet in use) and even ZIF for industrial uses.

The speed of these drives will actually increase as the capacities do thanks to enhancements in the controllers that power them.  We are hoping to get some testing samples in very soon and will report the results as we get them.

Super Talent was actually one of the first companies to discuss and announce SSD hard drives and as such their line up of offerings was a bit larger. 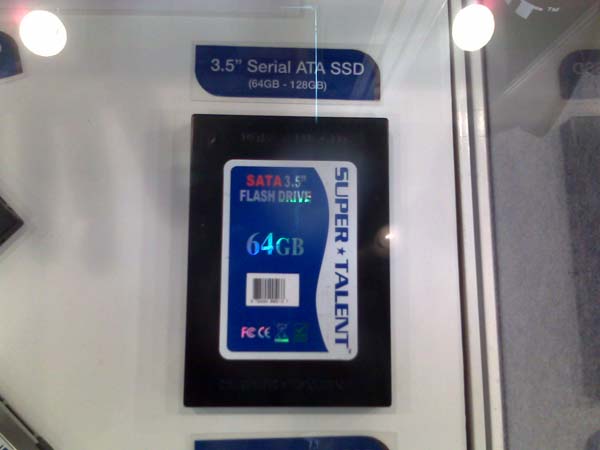 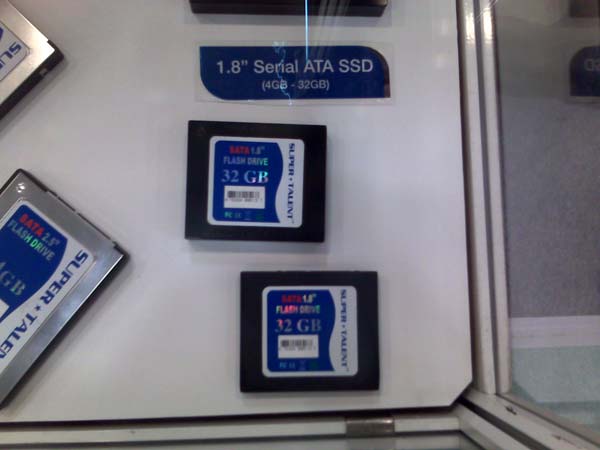 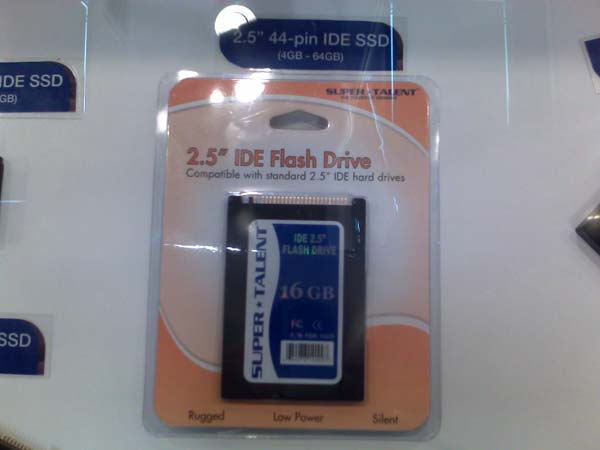 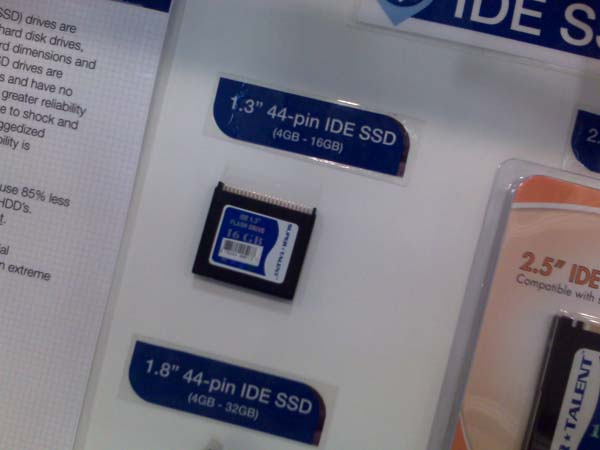 Much like PNY, Super Talent had drives of up to 64GB available now, but prices were still high: in the $1300-1500 range.  This will come down as the format gains maturity and large scale production begins. 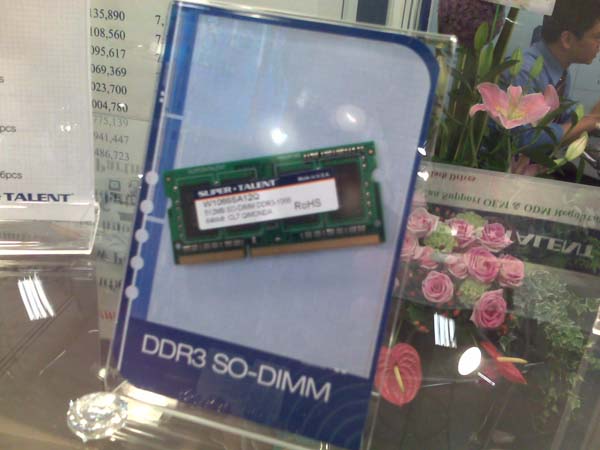 Super Talent did have some DDR3 memory on display, but nothing running and no specific speeds or timings were listed.  They did have this though: the first DDR3-SODIMM I had seen.  Obviously as the move to DDR3 reaches the notebook world with Intel’s next line of mobile chipsets, these will be necessary.

Other companies like Kingston and Mushkin were at the show but I simply didn’t have time to stop by their booths.  Kingston did meet with me though to discuss their plans for the DDR3 transistion and also how they will continue to advance on the low latency side of the DDR2 memory market.  After all, DDR2 will be around for quite some time until DDR3 becomes mainstream.

The memory and storage fields of the PC market are the ones that seem to need the most innovation when you compare it to items like CPUs and GPUs.  In particular, hard drives have been a bottleneck on many computing operations for years and as the last mechanical device with moving parts (besides fans) in the in a PC, seeing solid-state drives actually become available is exciting.  Yes, the need for platter-based drives will continue for a long time as capacity for storing lots of data will only increase and SSD will need to catch up over time.  In the end, it might be a world of hybrid storage systems using both a solid-state drive and traditional hard drive to get the best of both worlds.

Overall though, seeing the products live and getting information on the upcoming availability has really gotten me excited about the future of memory and storage products.

Be sure to use our price checking engine to find the best prices on memory, and anything else you may want to buy!

CSE 2011 was about more than PC hardware 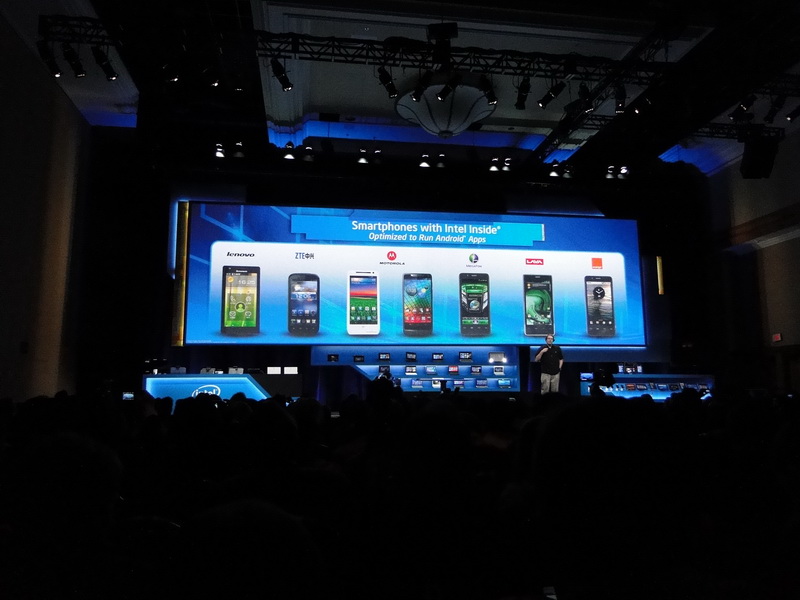 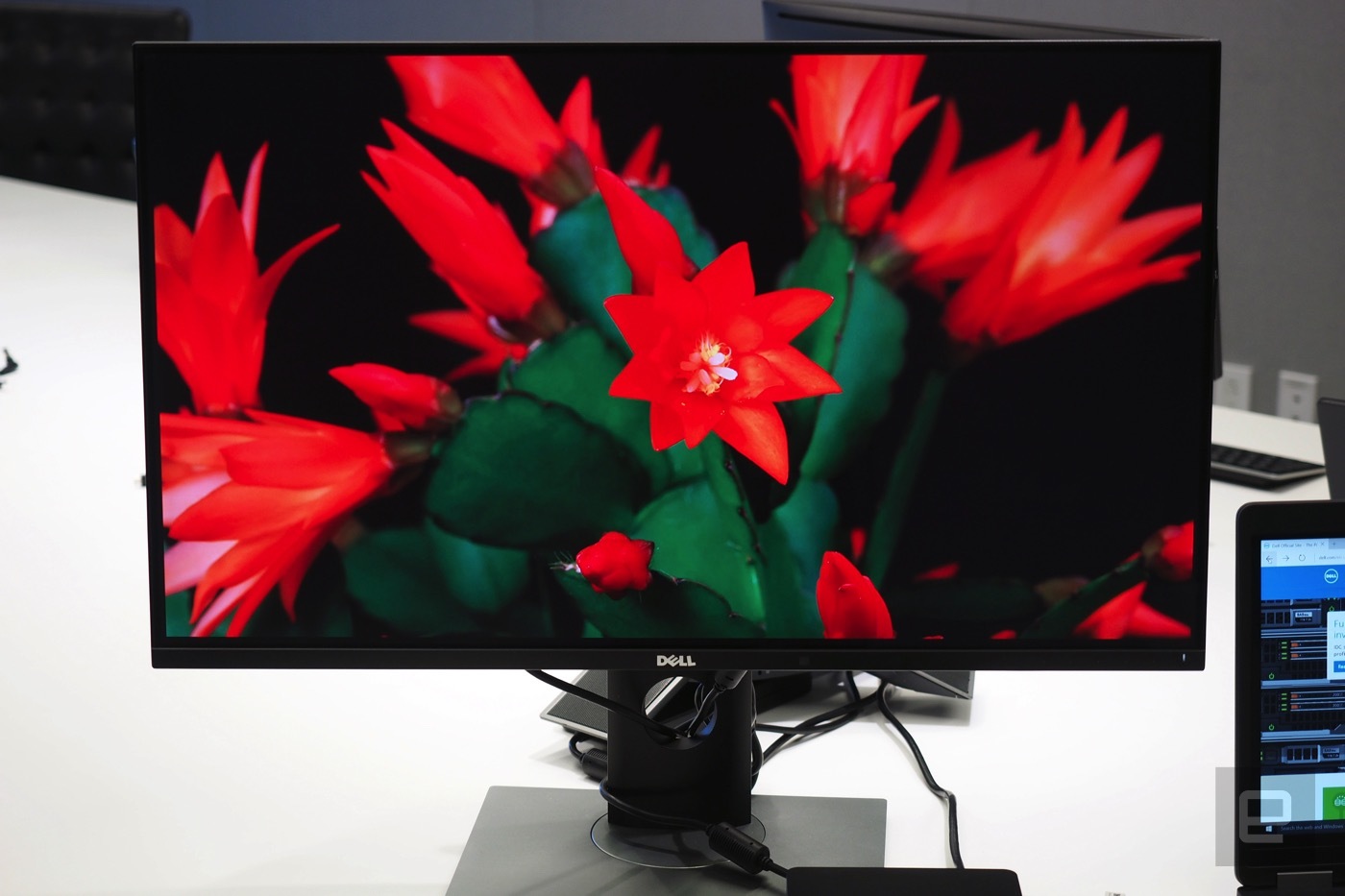