VIA has single handedly raised the bar on the ultra-mobile PC front over the past several years with their mini-ITX form factor and others. Current models like the oqo and new NanoBook could offer UMPC features to a much wider audience.

The UMPC (ultra mobile PC)market is quickly gaining traction in the market as newer, better looking and more functional devices begin to surface.  At Computex this year, there were quite a few unique devices on display that are bringing the idea of a truly mobile computing to the spot light in the computing world.

VIA, once a dominant chipset designer for AMD and Intel processors, has re-patterned itself as a low power platform designer.  While not the only company looking to cash in on the UMPC craze, VIA definitely has a head start.

Probably the most popular UMPC on the market is the “oqo” as it’s called; both a company and a product.  The latest iteration, known as “oqo model 2”, is more stylish, functional and even cheaper than the original 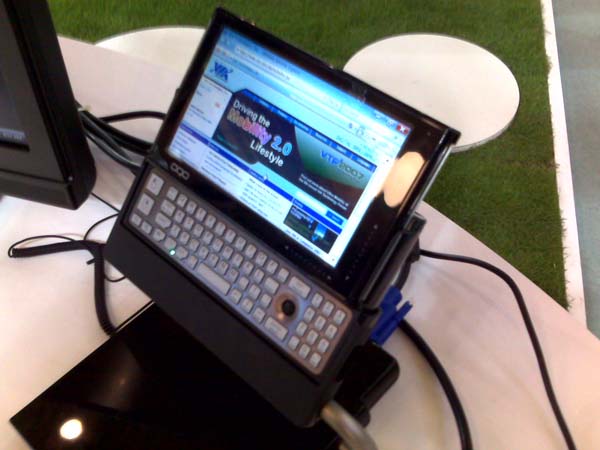 The oqo is a very small computer that uses a VIA low power processor at its heart.  It has a slide down keyboard that is made to be used by your thumbs (think Blackberry style typing) and a small mousing “nub” similar to those found on many notebooks. 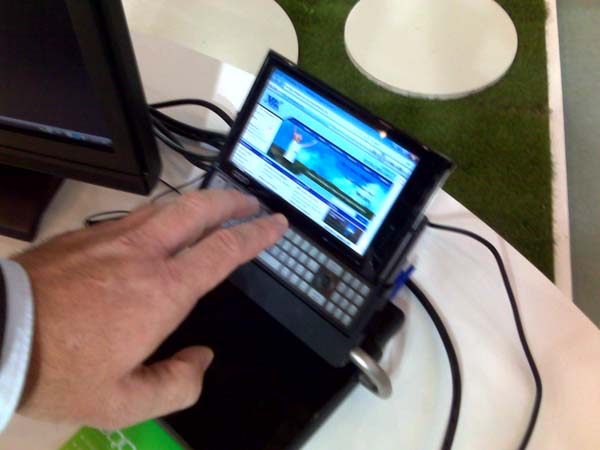 Here we have a hand model to show you a point of reference for size; the 7″ screen is actually very clear and easy to use and can be set at resolutions as wide as 1200, though text at that level is a bit difficult to read. 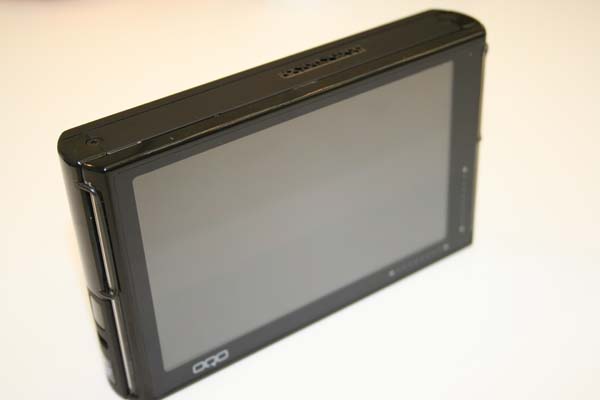 Here is the oqo 2 in its closed form. 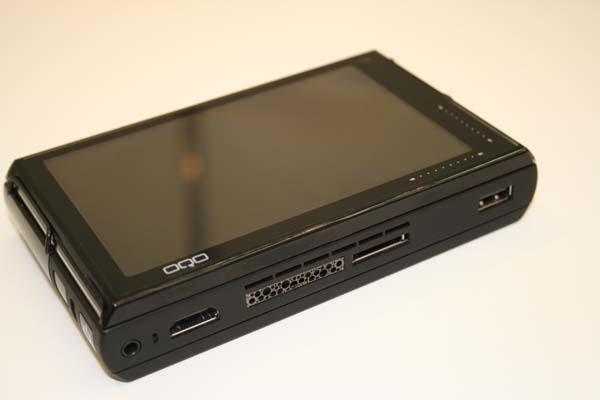 Despite its small size, it features some nice connectivity options; there is a headphones port, HDMI, eSATA and USB along the bottom of it. 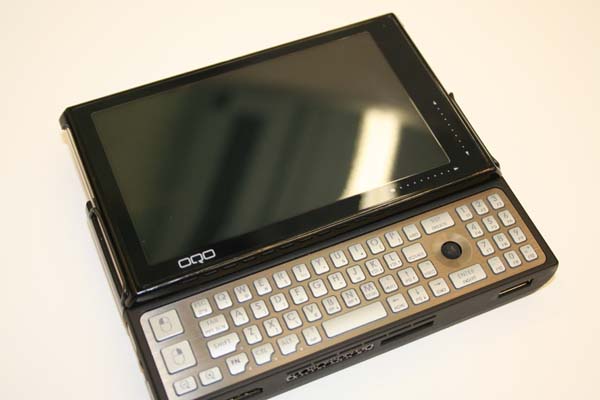 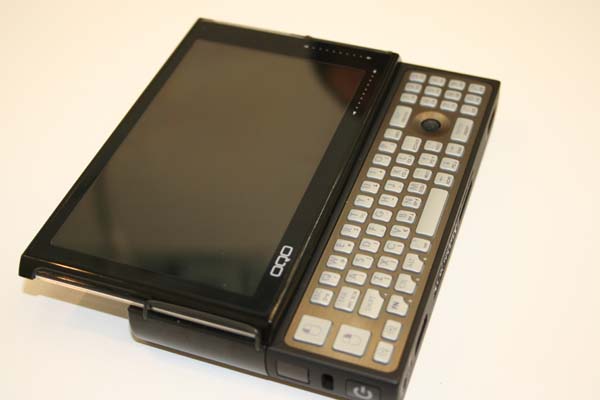 Sliding it open you can see the left and right “mouse” buttons on the left hand side of the keyboard and the layout it offers. 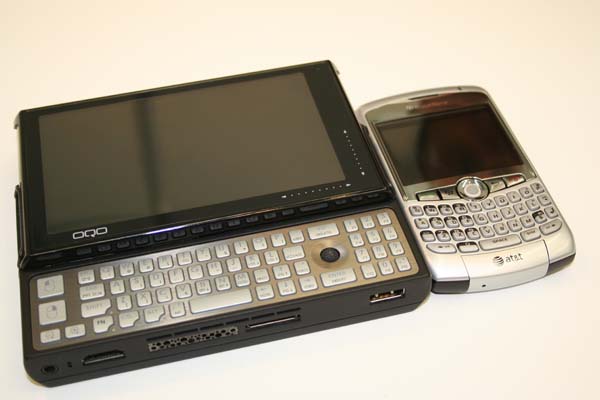 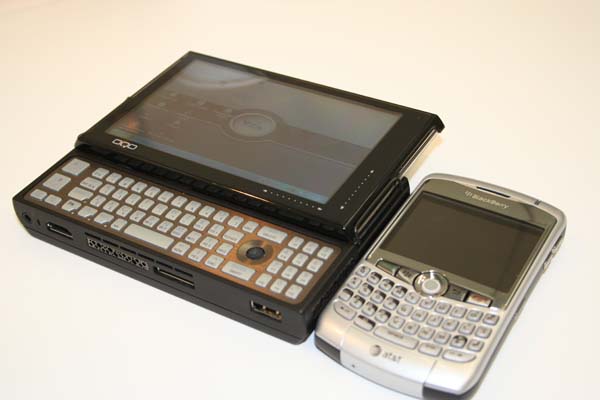 For sizing comparison I placed my new Blackberry Curve next to the oqo; you can see that the oqo is relatively small, though probably still big for your pocket.  The oqo’s main issue though might its weight — while it is definitely lighter than any notebook I have used the device would still be uncomfortable in a pocket. 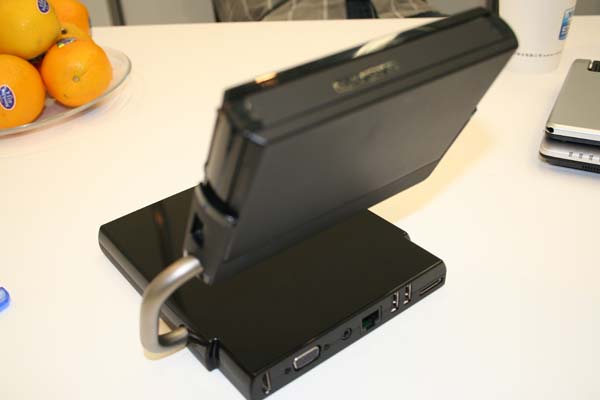 oqo offers a dock for the unit that provides VGA output as well as a physical network connection, USB and eSATA connections. 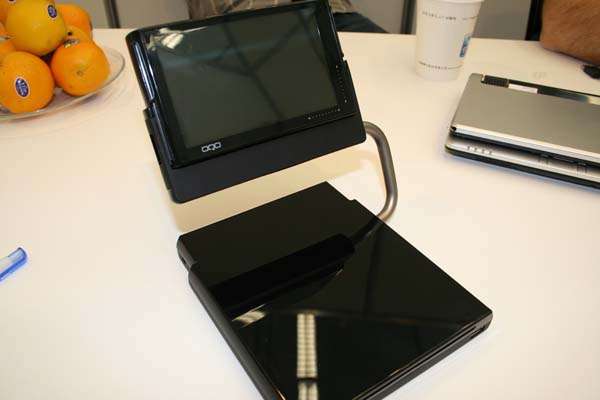 With the oqo installed in it, you have the ability to hook it up to another monitor or use the oqo display and a normal keyboard for extra usability. 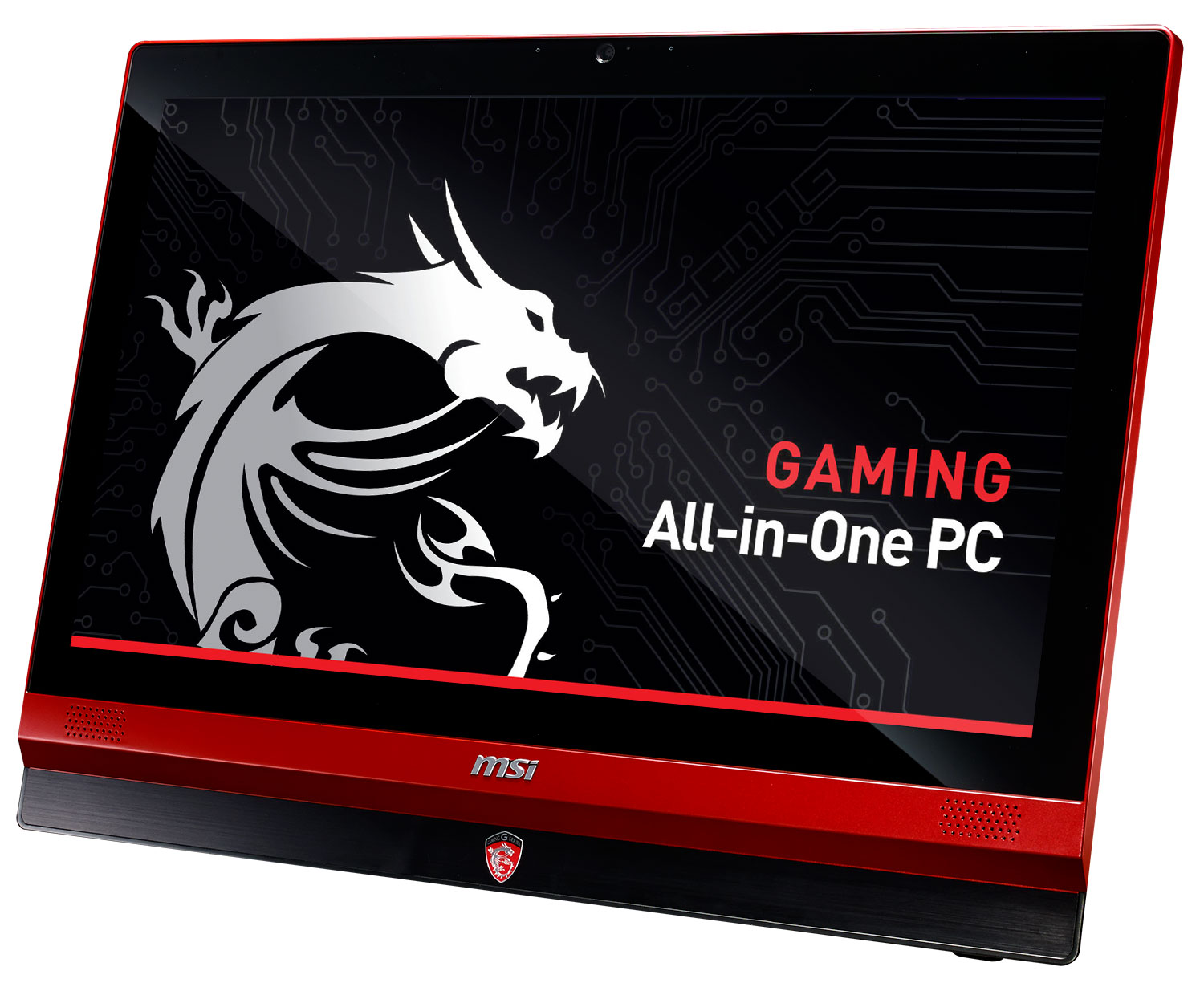 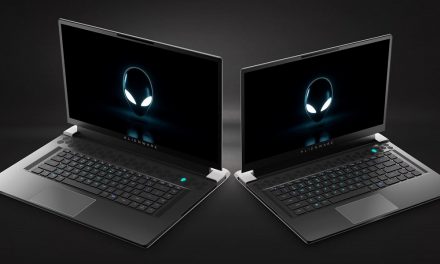