The oqo has been out for a fair bit of time, but VIA did partner with Packard Bell to announce another new UMPC form factor that could possibly bring this computing segment to the masses. 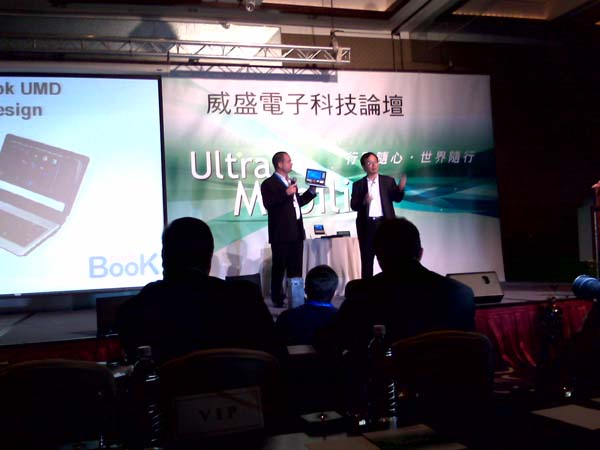 During the annual VIA Technology Forum at the Hyatt during Computex, VIA CEO Wenchi Chen and VIA’s Tim Brown showed the “NanoBook” for the first time publicly. 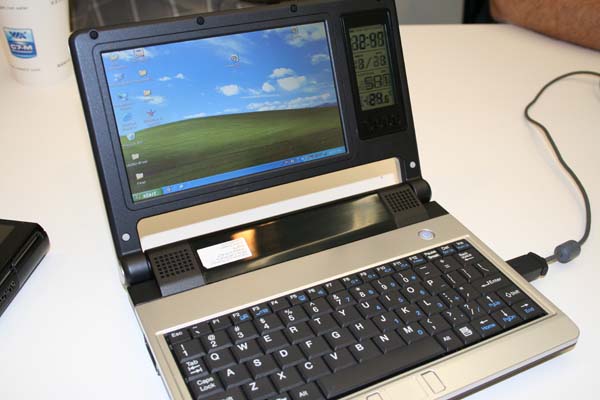 At first glace this appears to be just another laptop computer; and that assumption isn’t far off the mark.  What the NanoBook does is blur the line between the UMPC and the typical notebook computer by offering light weight and more portability than a traditional notebook while keep a similar form factor.

This design is the VIA reference design and probably won’t be sold exactly as is anywhere in the world.  It has a very small touch pad below the keyboard with a left and right mouse button on either side of it.

Another really interesting part of this design is the “module” to the right of the screen that shows the date/time; it can be interchangeable (with a built in USB connection) for things like webcams, wireless connection modems (from cell carriers) or anything else. 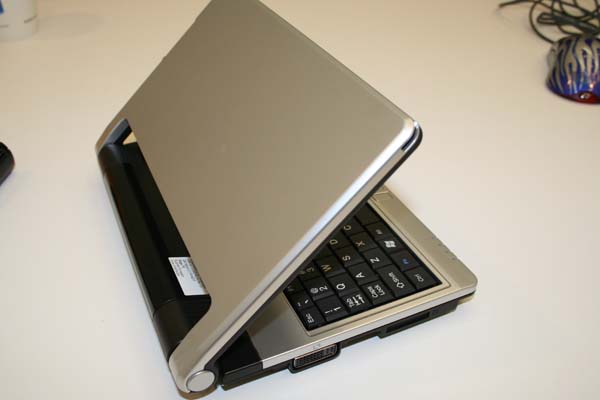 It folds in the traditional notebook fashion and that will help the acceptance of this item as it acts just like any other laptop consumers have used or seen before. 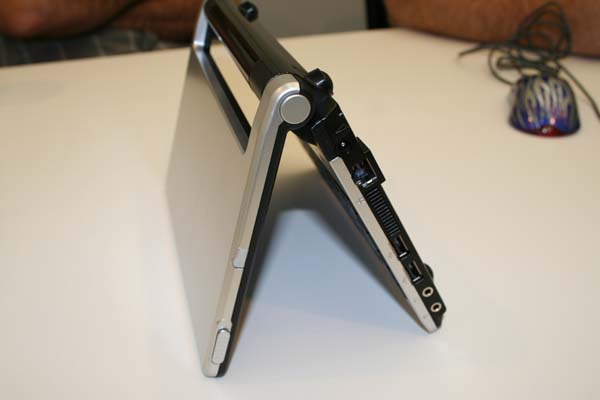 It does have connectivity options as well including USB and audio, as well as networking. 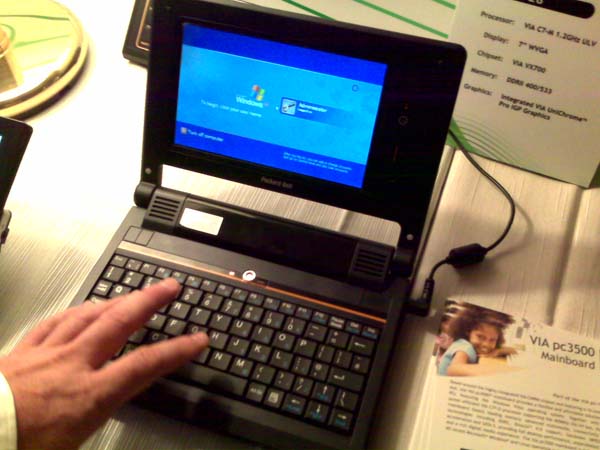 This is the actually Packard Bell model that will be sold in the European market next month.  Note that they didn’t use the replaceable module format and instead put in a permanent webcam / microphone combo.  The touch pad and buttons were moved up towards the hinge on the device as well. 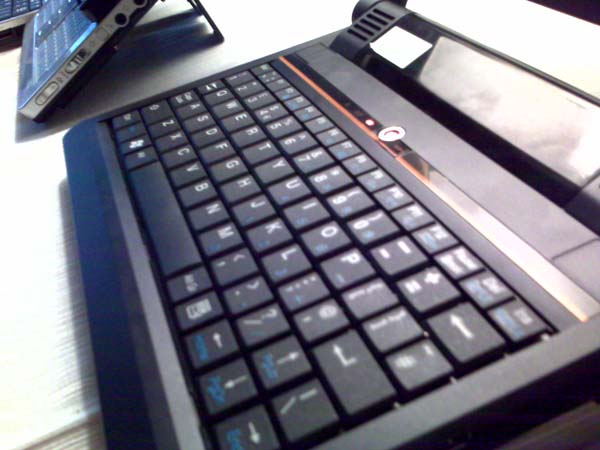 You still get a full sized keyboard with this device, thought it will obviously be a bit tighter than typing on your desktop keyboard. 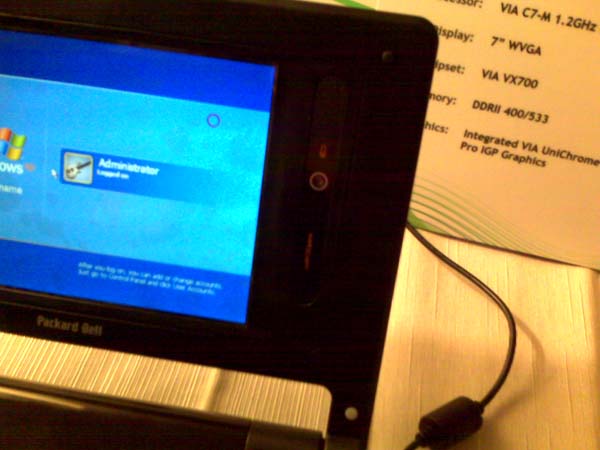 Here is the webcam unit close up; also, the Packard Bell unit does not use a touch screen even though the VIA reference design does offer it as an option. 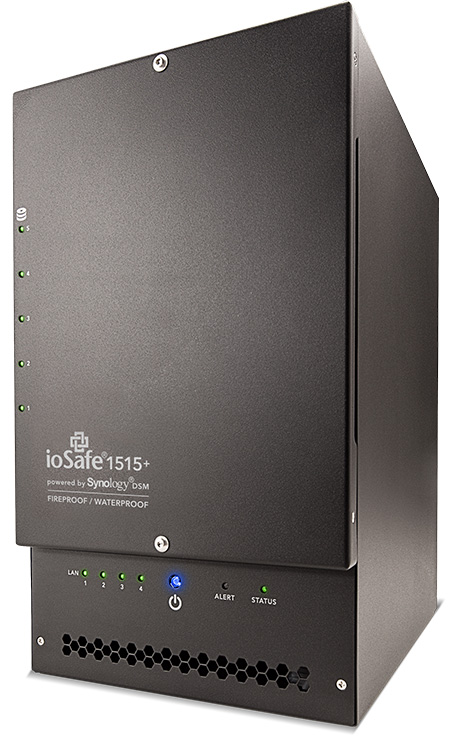 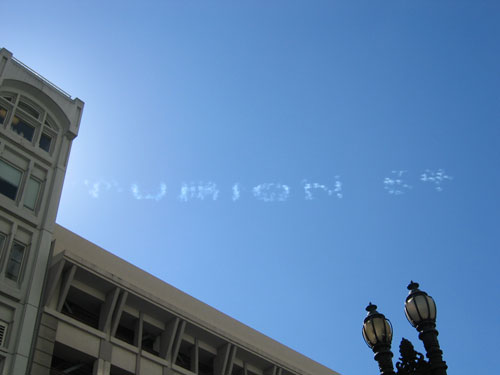