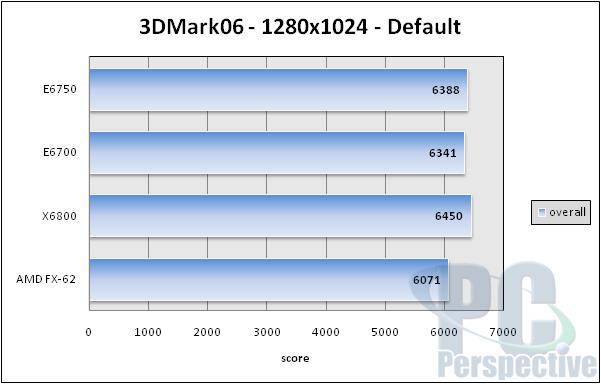 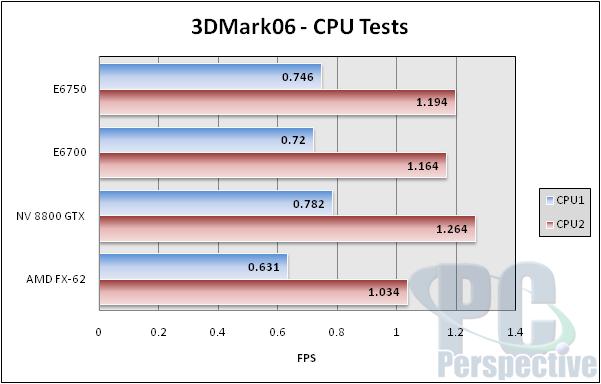 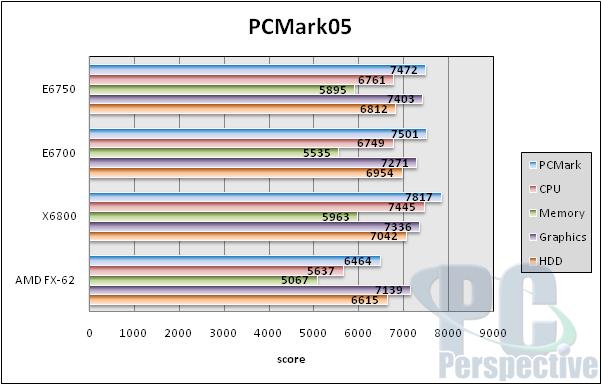 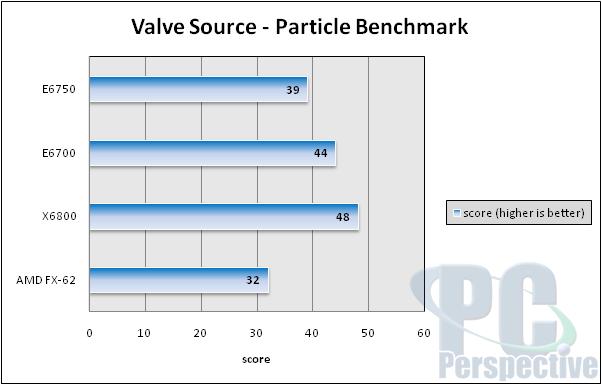 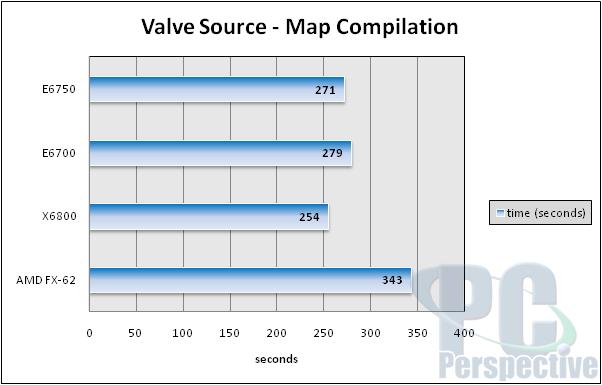 As you might expect, the X6800 processor, with its higher 2.93 GHz clock speed was able to beat out the new E6750 processor in our gaming tests and in the PCMark05 test suite.  The memory results in PCMark05 do show the E6750 outperforming the E6700 processor.

Our Valve benchmarks are pretty interesting; the map compilation test shows the performance between the 1066 MHz and 1333 MHz processors are about the same.  However, the E6750 is actually noticeably slower in the physics particle benchmark, and a result for which I have no direct answer yet. 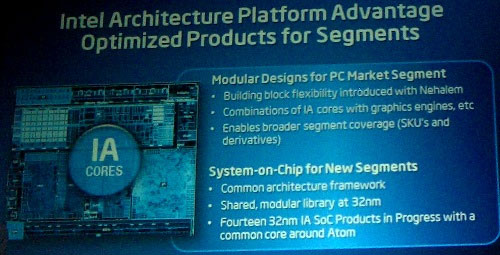 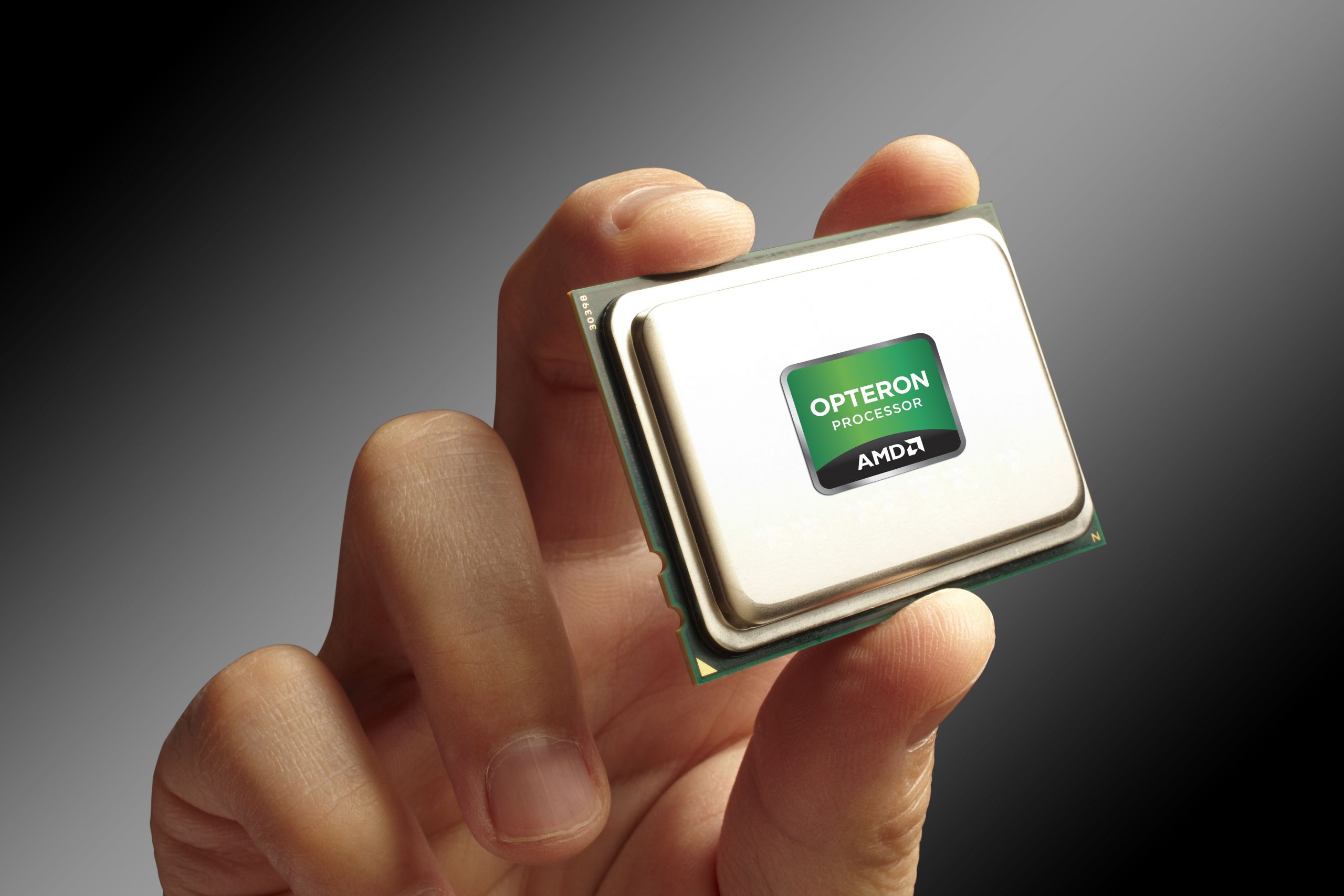