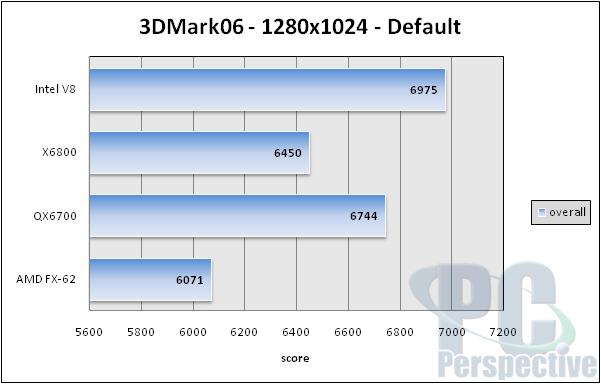 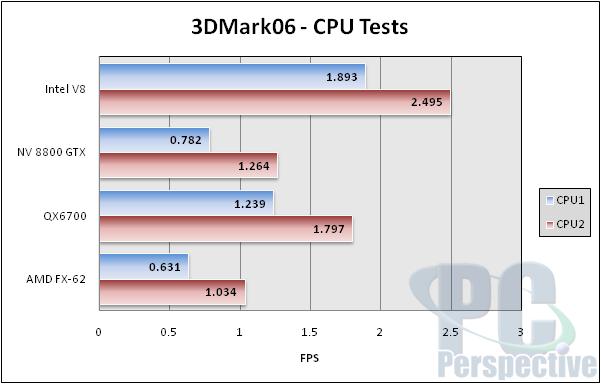 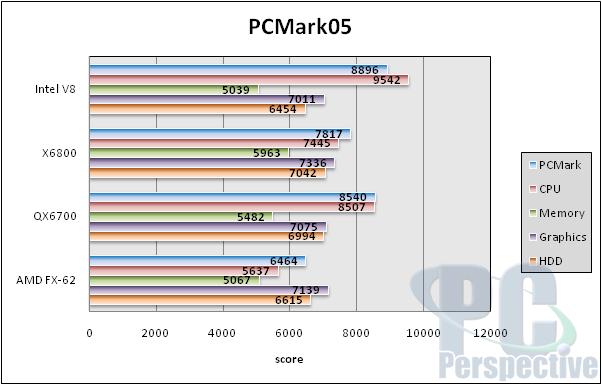 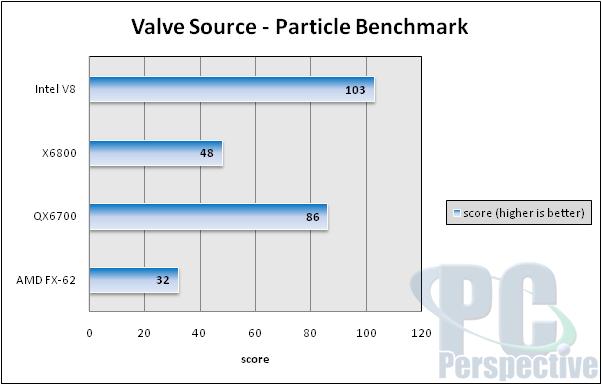 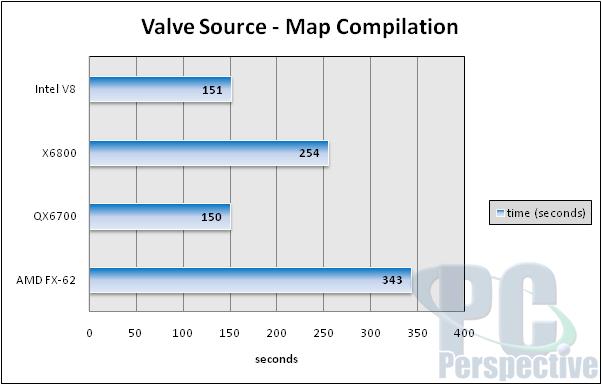 Thanks in large part to the CPU scores in 3DMark06, the overall result on the benchmark shows the Intel V8 platform with a big advantage over both the dual core Intel and AMD configurations.  PCMark05 put the CPU processing power on a much higher level than the other systems though only 12% higher than the quad-core QX6700.

The Valve Source tests show that the Intel “V8” is a powerful system but doesn’t show the big gains we saw in Sandra.  On the particle benchmark the Xeons are 19% faster than the quad-core QX6700 system while on the map compilation test the times are nearly the same.  Most likely the slower memory system is slowing down the benefits that moving from 4 to 8 cores is offering us in this case.