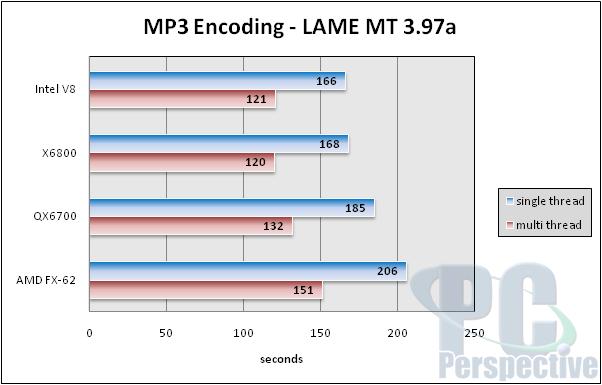 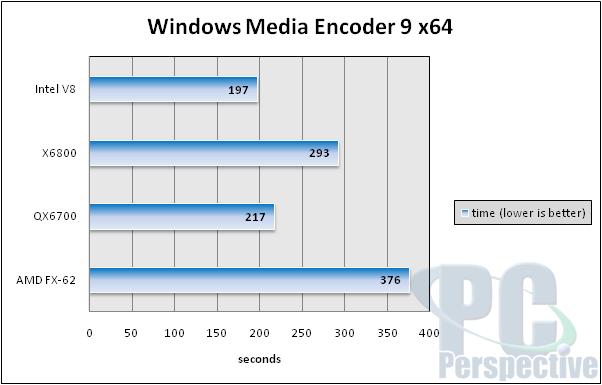 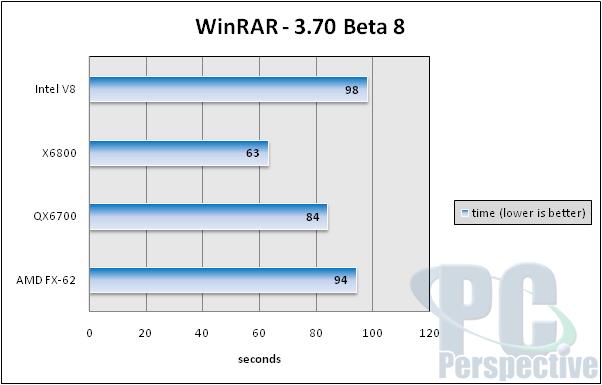 Popular applications like LAME and other MP3 encoders are barely using two cores now so the move to eight of them doesn’t help our multi-threaded LAME benchmark at all.  The Windows Media Encoder application does see a small gain in performance though of about 10% over the quad core system.  WinRAR sees a dramatic slowdown in our tests though as this benchmark is very much a memory-dependent test. 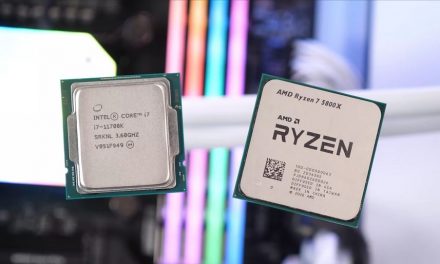