POV-Ray is one of the staple benchmarks for rendering, and their latest revision, 3.7, adds a lot of multi-threading optimizations. 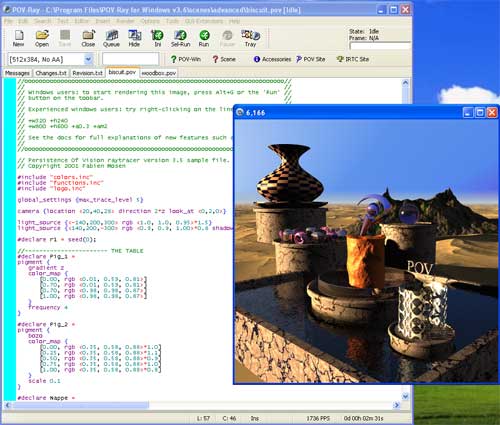 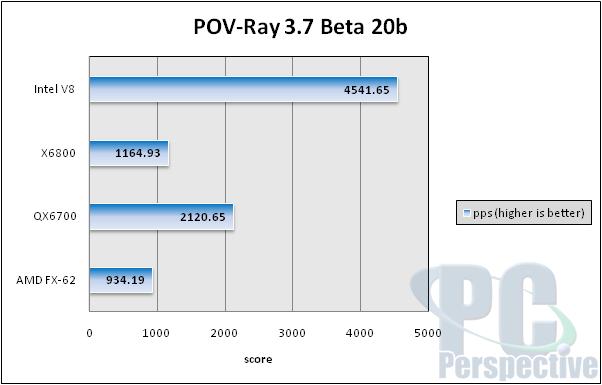 This new addition to the CineBench testing program updates the code to run in 64-bit mode if the user desires.  We are still using the 32-bit Windows here, so not a lot has changed though scores between versions are not comparable. 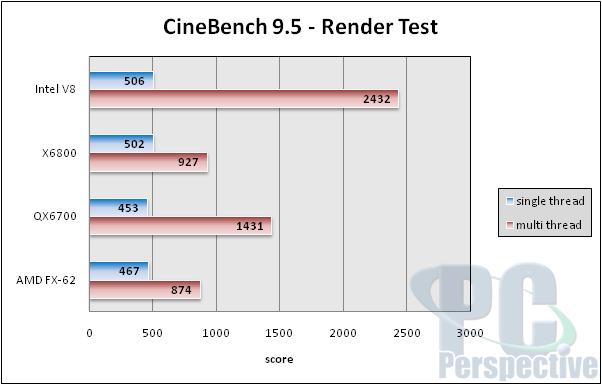 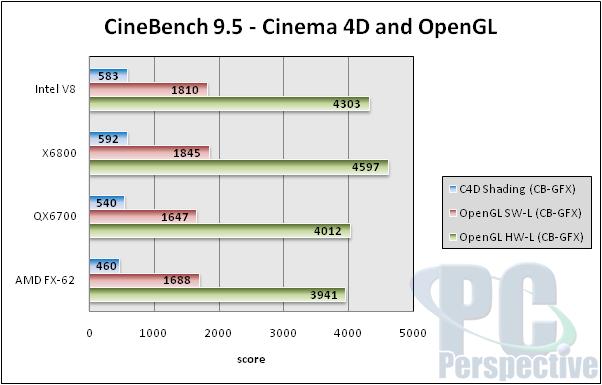 Our new Photoshop CS3 benchmark shows different stories depending on which particular test you look at.  There are two basic types of “filters” or actions that you can run in photo software: the first is calculating values of pixels based on a lot of processing power done in parallel, while the second main involves copying data to another place in memory with very minor “shifts” made with the processor.  The former test type will show advantages on multi-CPU platforms while the latter will be faster on those systems with faster memory. 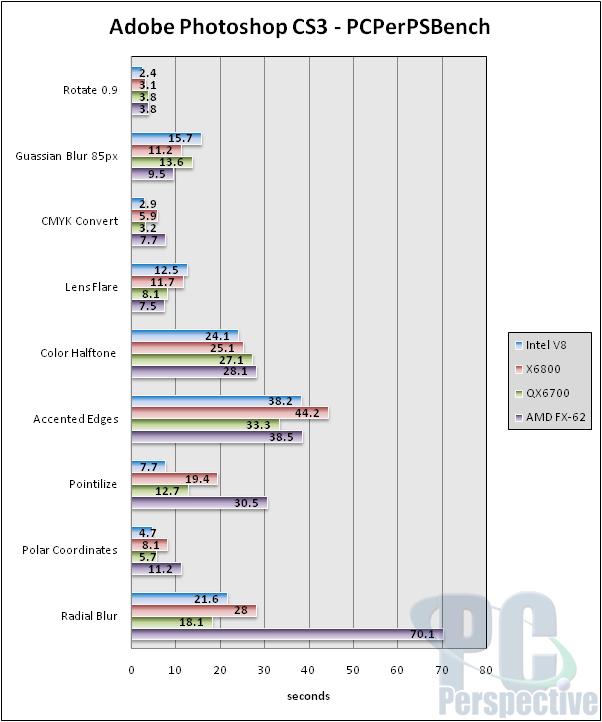 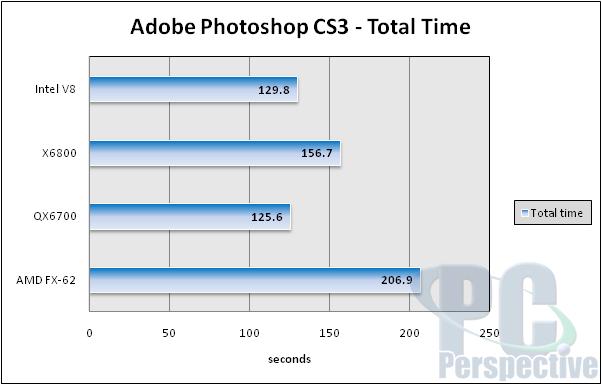 POV-Ray continues to shine with as much processing power as you can possibly throw at it.  The benchmark scales beautifully with the “V8” getting a 114% advantage over the quad core QX6700 based system and 289% gain over the dual-core Intel X6800.

CineBench, another poster child of multi-threaded computing, shows a fantastic performance gain moving from Intel’s dual- and quad-core platforms to the eight-core beast we are reviewing.  Though not near the 2x mark we’d hoped for, the slower memory setup does limit the performance gain to 70% over the quad-core system and 162% over the dual-core X6800.

The new Photoshop CS3 benchmark shows some interesting results in the various tests that were run: some are slower thanks to the memory issues we have discussed while others are taking advantage of the eight cores are running like jack rabbits.  Filters that showed the most advantage on the “V8” system included the “Pointilize” and CMYK conversion tests while “Lens Flare” and the “Gaussian Blur” tests were not as kind.  Overall, the Intel “V8” system didn’t have the lowest overall time as that honor belonged to the QX6700 by just a few seconds.