The big new feature of this particular model is the T7600G CPU which is the “overclocking” mobile CPU. Using the BIOS settings, you can increase the operating frequency of the processor so you can squeeze more performance out of the chip. This is interesting because mobile CPUs have traditionally been locked to overclocking, so this is an interesting step to offer some extra features that an enthusiast may want.

We will be covering the effects of overclocking the CPU near the end of this article.

Coupled with the Go 7950GTX is a 17” UltraSharp display capable of 1920 x 1200 pixels which looks great for high-resolution gaming.

A new feature not previously available is the Blu-Ray re-writer drive. While this adds considerable cost to the final price, for those consumers looking for the latest home entertainment capabilities, the Blu-Ray drive is an addition worth considering. Though the XPS M1710 has Blu-Ray, there isn’t a HDMI port instead you will have to use either the standard VGA or DVI port to connect to your TV.

One little quirk with the Blu-Ray drive is that it is not supported by the Dell Media Direct feature. Media Direct allows you to watch videos, photos, and other media without having to boot into Windows. This isn’t such a big deal since Vista boots fairly quickly and has good power management, which I suspect Media Direct does not handle. 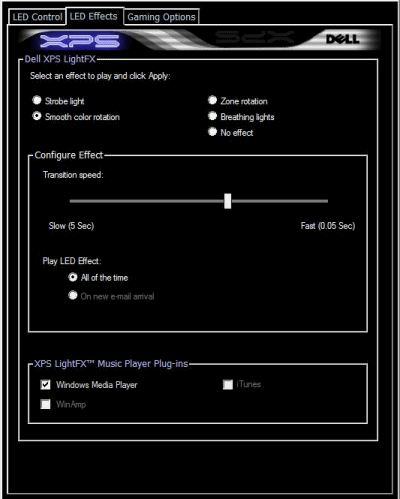 Dynamically changing LEDs is a new feature on the latest M1710s.

Dell has made some minor enhancements to their signature XPS lighting system on the M1710. You can now have the LEDs dynamically change colour like Christmas lights, strobe, or pulse. The LEDs can also be configured to react to media played in Windows Media Player, iTunes, or WinAmp. The effects are interesting and different… but it can look a bit odd.

On top of that, you get 1 year of warranty and 15 months of exclusive XPS tech support and updates so you’re pretty well covered. 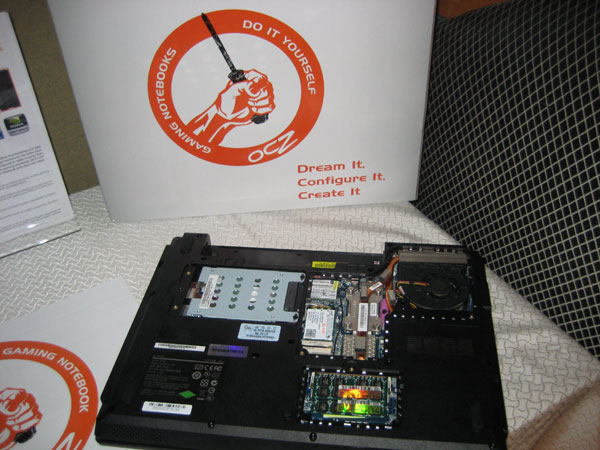