With the warmer weather in Toronto, the ambient temperature has risen affecting our recorded results a little. 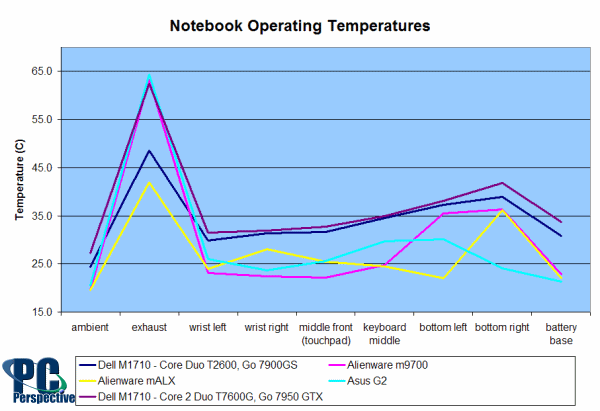 With a full load, the XPS M1710 outputs a lot of heat from the rear exhaust vents, while the rest of the notebook is warm, but not unbearable. Given the sampling of temperatures, it’s best to keep the M1710 on a flat surface, or avoid doing heavy computing while using it on your lap.

Compared to the Alienware systems, the Dell XPS M1710 is much warmer. 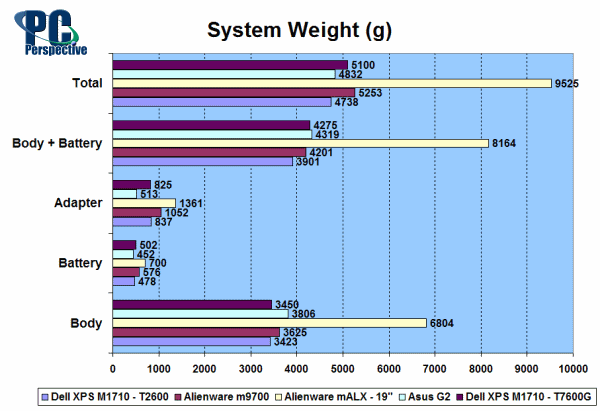 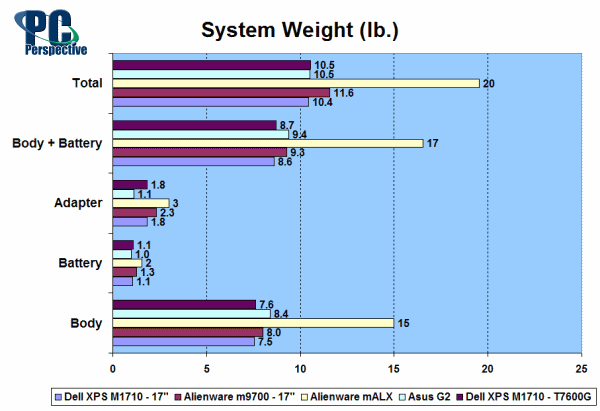 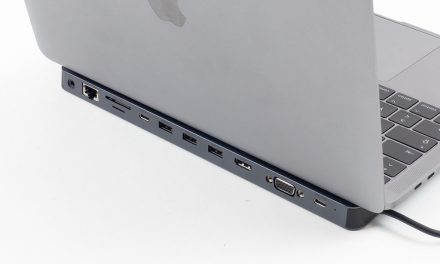