With environmental concerns being thrust into the forefront, power consumption is an increasing concern for everyone: businesses and citizens alike. Though it seems desktops have pushed to the opposite end of the energy consumption spectrum with 1000W power supplies and power-hungry graphics adapters, notebooks are maintaining a more sensible energy consumption footprint, even with the high-end gaming notebooks.

The following data is measured directly from the notebook’s AC adapter to the power main. 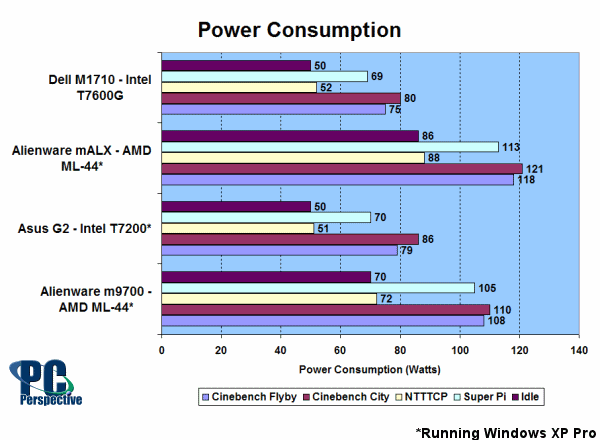 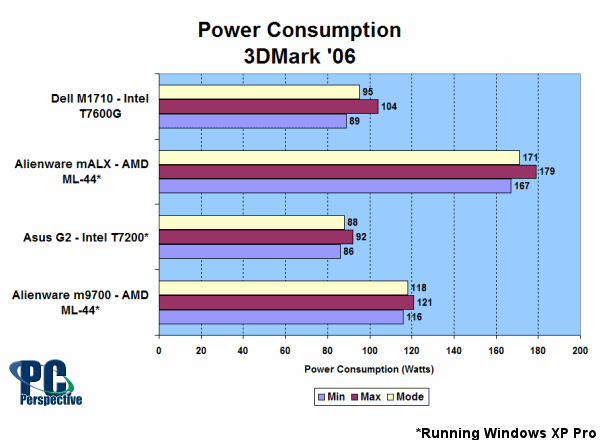 Looking at the power consumption charts, there is a remarkable difference between the AMD mobile CPUs and the Intel Core 2 CPUs. Considering that this system has a NVIDIA GeForce Go 7950 GTX, you would have expected higher power consumption during 3DMark, but this isn’t the case. With just an extra 45W, the XPS M1710 goes from idle into a gaming machine… not bad for 45 Watts!

With Vista, battery life testing just got a lot trickier. For starters, all the old applications which we used to benchmark battery life did not work in Vista. This meant that we had to fashion some custom tests to get a general idea of how well the battery performs in the latest version of the Microsoft OS.

Our two custom tests are:

For each test we unplug the system and time how long it takes before the system drains itself. But to ensure that the notebook doesn’t hibernate in the middle of a test (and thus invalidating the results), we have to use a custom power profile. 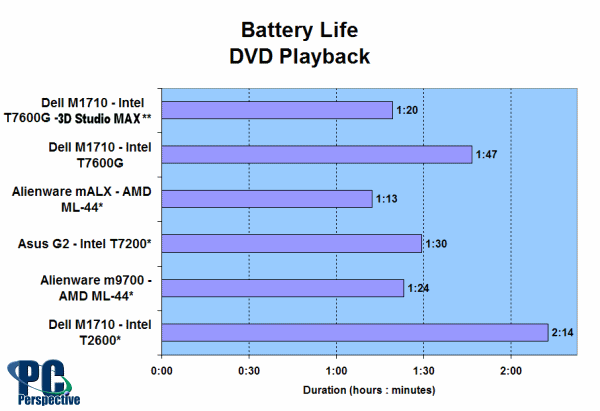 Looking at the results, we can see that even under an intense load of 3D Studio rendering loops, the XPS M1710 manages to last a full 1 hour and 20 minutes. With DVD playback, you get just under 2 hours which isn’t quite long enough for most movies released these days. You’ll probably want to adjust your power consumption settings to something more aggressive if you want to watch an entire movie during a flight. 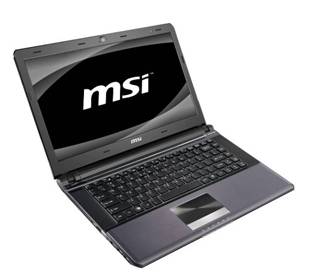