Just a couple of weeks ago I first reviewed and tested the new 1333 MHz front-side bus Intel Core 2 processors; it was in the form of the Core 2 Duo E6750 CPU.  When that review was posted Intel had not yet officially unveiled or announced the part but instead they allowed us to give a brief overview of performance on a somewhat slower part.  The E6750 runs at 2.66 GHz with two processing cores; a setup nearly exactly a mirror of the E6700 that uses the original 1066 MHz FSB.

Today however is the complete release and announcement of the new 1333 MHz FSB Core 2 processors from Intel.  An entire line up of CPUs is being released with availability within two weeks I am told.  The real story here though is not only that 1333 MHz FSB processors are actually here now, but that Intel has dramatically increased potential user performance with a new, high speed quad core CPU: the Core 2 Extreme QX6850. 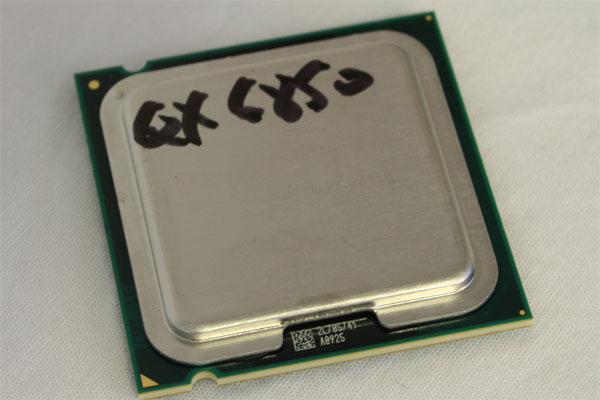 The Intel Core 2 Extreme QX6850 processor is a quad core processor that runs at a 3.0 GHz clock speed with 8MB of L2 cache (4MB for each core) on a 1333 MHz front-side bus.  That makes it both the fastest CPU in the Core 2 lineup by going over the 2.93 GHz mark but also doubles the number of cores on the X6800 from two to four. 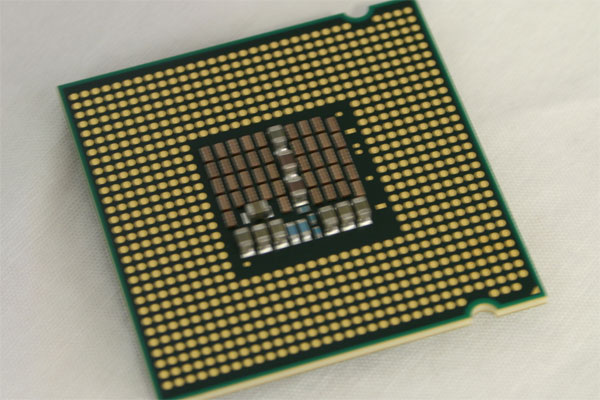 The processor itself is the same LGA775 package we have seen since the Core 2’s introduction and many of today’s motherboards already have support for the new 1333 MHz FSB.  The current information on motherboard support looks like this for now:

So while the wide allotment of 975X and 965 chipsets don’t appear to have support for the new FSB, that is pretty much expected in this day and age.  We should definitely give props out to NVIDIA though, who was able to put enough forth-thought and commitment to the customer into the 680i chipsets (that were released last November) to allow for 1333 MHz support.

Update: a reader in our forums (one of the best places for information you can find) pointed me here: http://www.intel.com/support/motherboards/desktop/d975xbx2/sb/CS-026614.htm  Low and behold, for the Intel branded 975XBX2 motherboard, there DOES appear to be 1333 MHz FSB support!