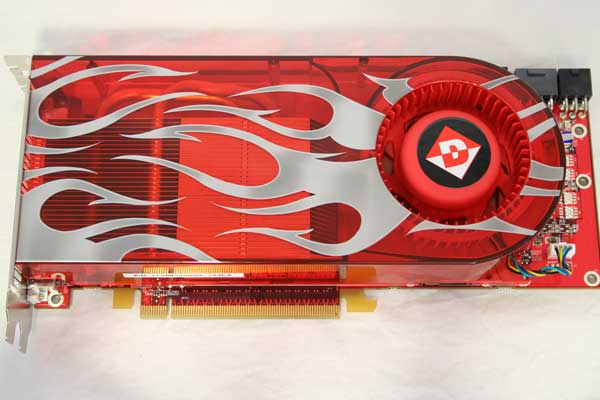 You’d be hard pressed to look at this photo and not just think it’s a standard 512MB card — something that I think Diamond should have done differently.  If you are willing to fork out for the added prestige a 1GB card should offer, you should get a little more “bling” for your buck.

The core clock is about on par with the reference clock of 740 MHz (though retail models seem to vary 5-10 MHz) but the memory clock is significantly faster than the reference speed of 825 MHz.  Not to mention the reference cards used GDDR3 and only have only half of the capacity. 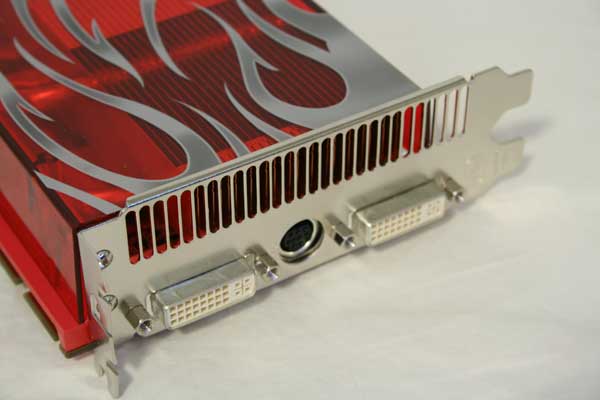 The connectors on the Diamond Viper card are the same as well including dual dual-link DVI ports and a standard definition TV output port in between them.  Both of these DVI ports can support the HDMI dongle that is included with them that features both audio and video support from a single connection.  See the previous page for information on that if you haven’t already. 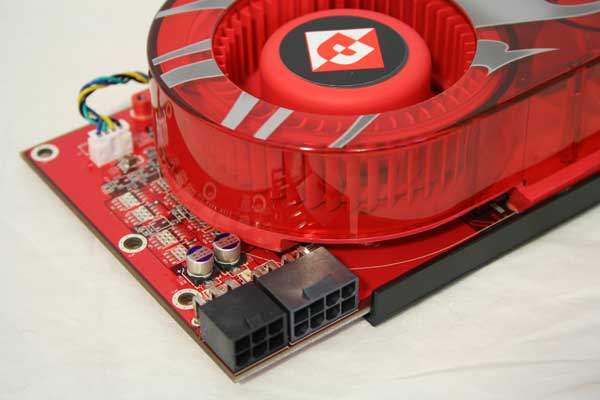 The Diamond card continues to use both a 6-pin and 8-pin power connection for optimal performance (and overclocking availability) though if you have two 6-pin power connectors, they will work too. 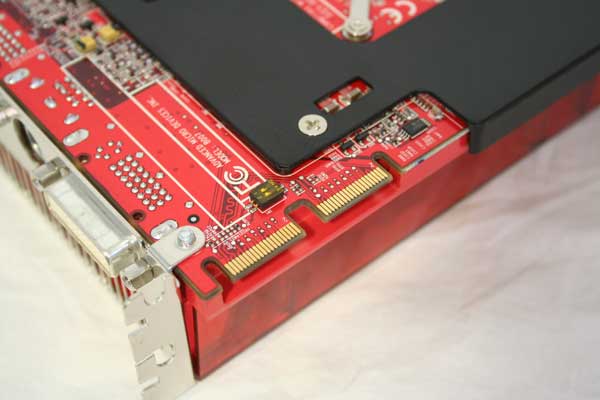 Integrated CrossFire is included as well on the Diamond Viper HD 2900 XT — both connectors are required for CrossFire.  Recently I have had problems with installing and uninstalling these connectors and somehow “breaking” them.  When I go to use them the next time, the driver tells me that both cables aren’t installed correctly.  Moving to a new set fixes it, but eventually I will run out of connectors, and other users don’t have the flexibility.

The only unseen change, and the only change really, is the addition of more memory chips; DDR4 is the type and 1GB (1024MB) is the capacity.  This is of course twice as much as the 512MB HD 2900 XT cards currently for sale elsewhere and 25% more than the 768MB that the GeForce GTX cards are sporting.  The competing 8800 GTS models come in both 640MB and 320MB flavors.  On paper, the 1GB specification is very impressive, but we’ll have to see how it affects our real-world game play.