Western Digital might have been late to the party, but their 750GB Caviar SE16 hard drive means business. With performance nearly up to the Raptor X and 5x the capacity, might this drive interest you??

It has been a while since we have done a true hard drive review here at PC Perspective — for the most part the world of disk drives seems somewhat bland when compared to things like CPUs and graphics cards.  Hard drives just seemed to get bigger, but not really faster, unless you count the move to Western Digital’s Raptor drives a big push forward.

When Western Digital wanted to send us their latest hard drive addition for desktop users, the 750GB Caviar SE16 I have here, I was interested but not overly excited.  As it turns out, this drive is able to offer much of the same speeds that the new Raptor drives can offer and also a much larger capacity.  It’s very rare you can get the best of both worlds though, so we’ll have to see how it turns out.

The Western Digital Caviar SE16 WD7500AAKS is another step forward in the SE16 line of hard drives that has been around for a few years.  Other capacities available include 250, 320, 400 and 500GB models with the 750GB model we are reviewing here topping out the list. 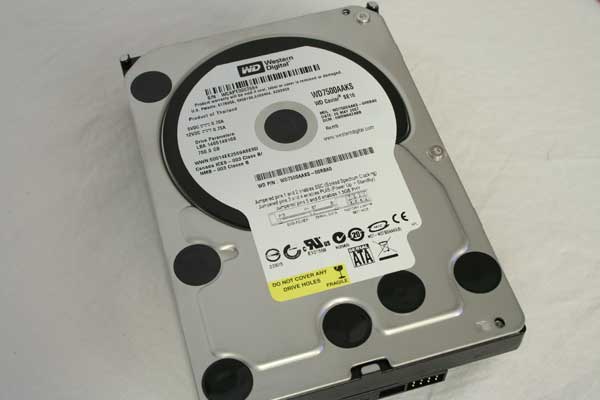 The drive itself is a SATA 3.0 Gb/s drive with the standard 7200 RPM rate and 16MB of cache as indicated by the ’16’ in SE16.  The jump in capacity of 50% of their previous Caviar top model is possible by using the new perpendicular recording platters with a density of 188GB per platter.  Compared to the previous 125GB per platter sizes on Western Digital’s 500GB model, the new 750GB drive should offer better internal transfer rates largely due to the increased physical density of data storage on the platters. 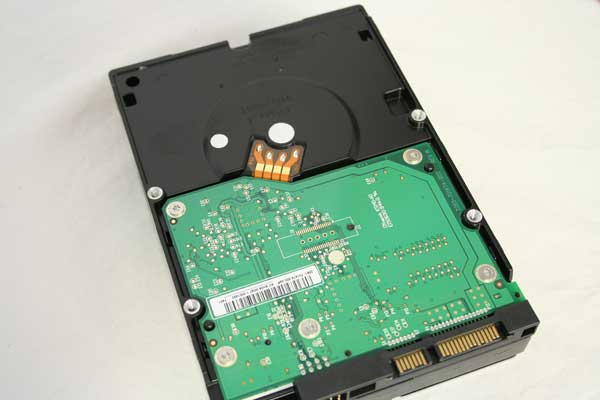 With being “green” and power savings all the rage recently, Western Digital is also introducing a new technology called Intelliseek that improves power efficiency by changing the way the drive moves across the disc.  Rather than erratically moving back and forth across the disk as quickly as possible to get in line for the next rotation of the platters, Intelliseek moves the head in a more controlled manner to smooth move the head across the surface.  The idea then is that the head will arrive at the location on the platter just as it passes, thereby eliminating the “wait” time where the head is just sitting still and waiting on the platter to rotate.

This is all pretty difficult to explain in words, and even the slides I was presented to by Western Digital were hard to grasp.  Luckily they have put a small animation on their website to help explain: see here.  There you have it; it requires less power to move the drive head slowly and steadily across the platter there by saving some “green” for the world.  Of course, the speed of the Intelliseek motions would INCREASE as necessary during heavy read/write periods and WD claims that no performance is sacrificed because of it. 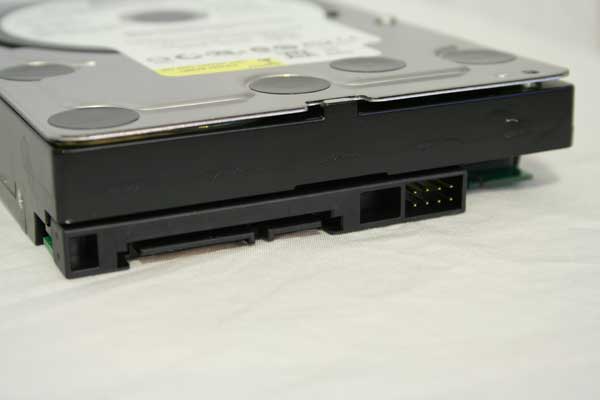 Finally, the new 750GB model of the Caviar SE16 line brings in a new feature to desktop drives they call the “Ramp Load”.  Basically this is where the drive head is parked during power downs, spin up and spin down in an effort to decrease the risk of damage to the drive from shock and vibration during those periods.  This feature has been a part of their mobile line up for a while now but is starting to make its move into the standard 3.5″ drives now too.