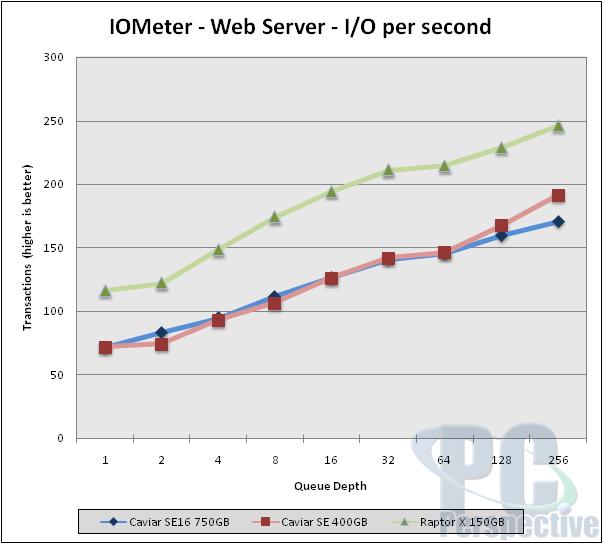 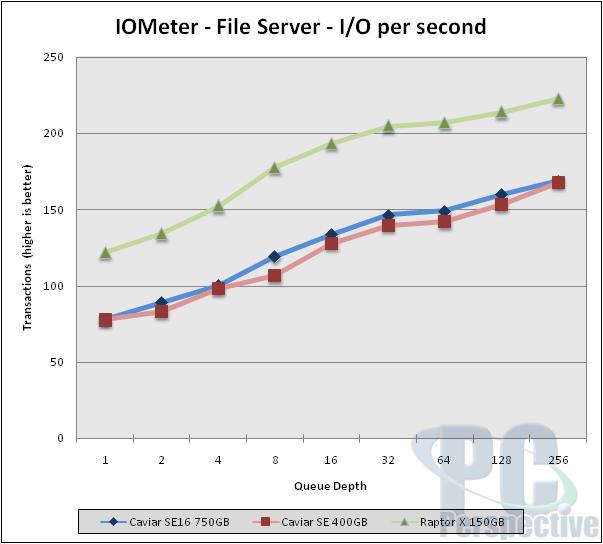 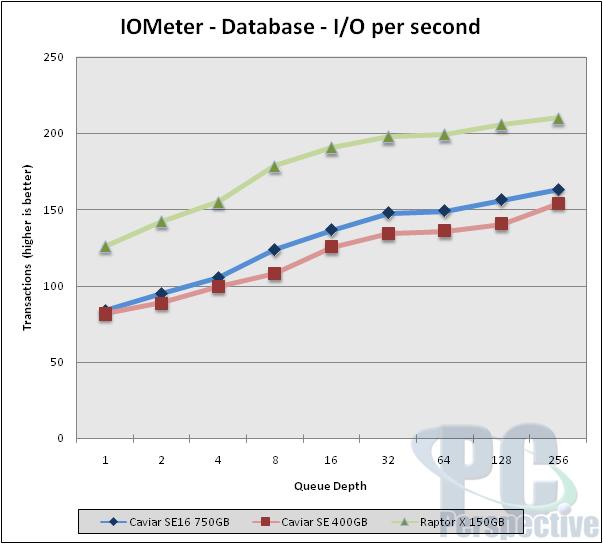 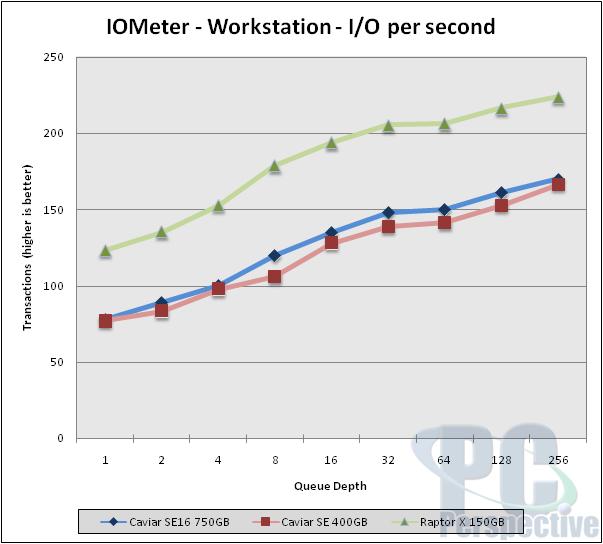 Lots of information to be ingested here, but I’ll give you the short and dirty version — the Raptor is the fastest of the three drives in terms of pure I/O operations per second in all four test cases.  Looking at the two 7200 RPM drives though we can see that while the gaps are not as wide, the new SE16 750GB drive definitely has the advantage over the SE 400GB model. 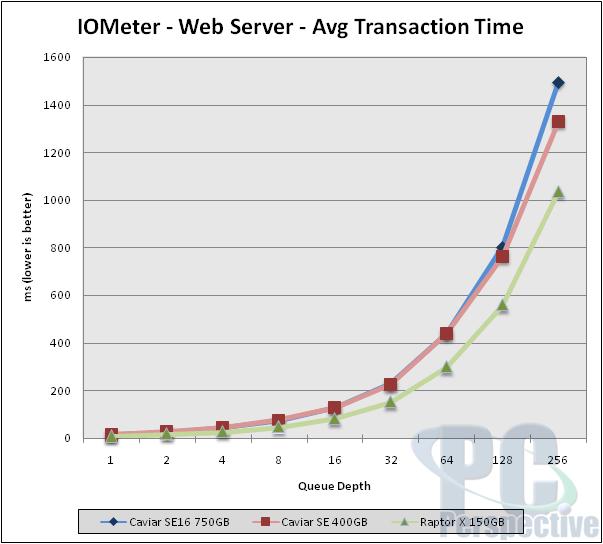 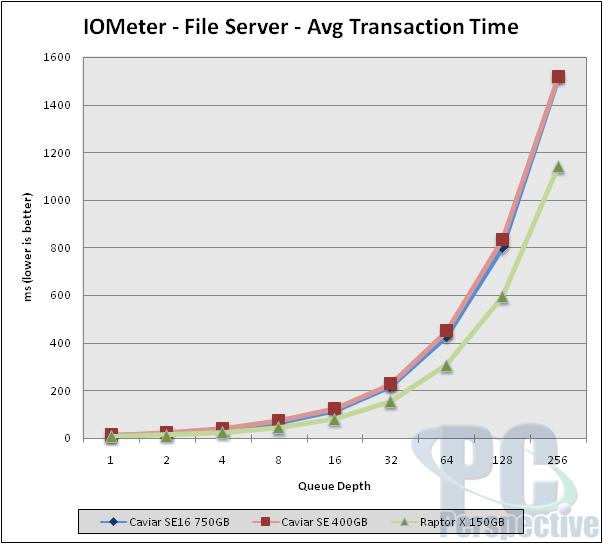 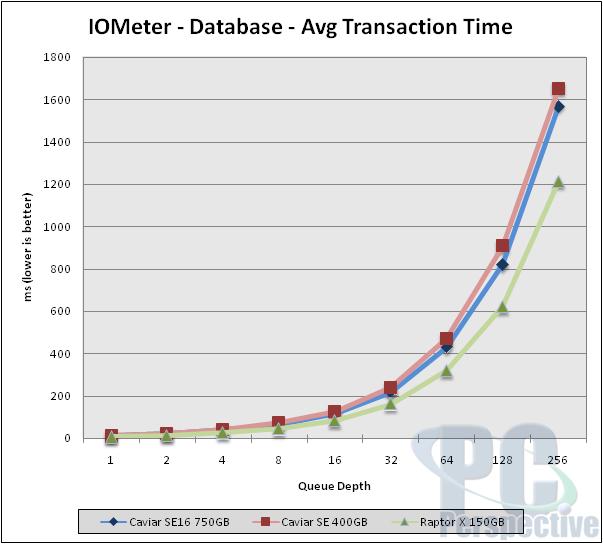 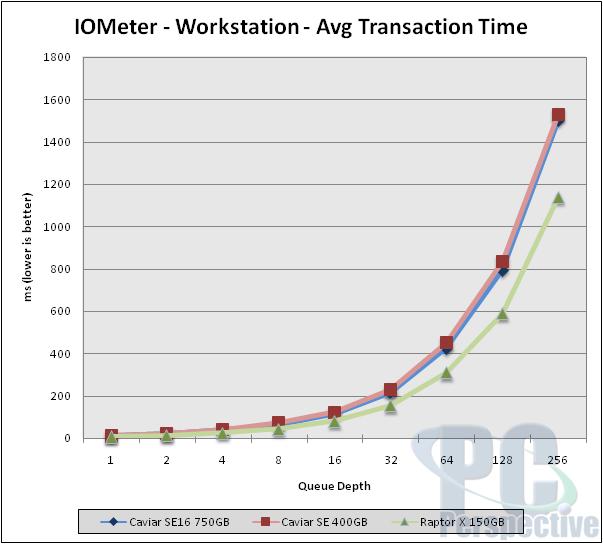 The average transaction time can almost be thought of as the inverse result of the I/O ops per second test and again the WD Raptor X 150GB drive takes the glory here.  The two 7200 RPM drives are pretty close in their results here though the new WD7500AAKS does have a slight lead.