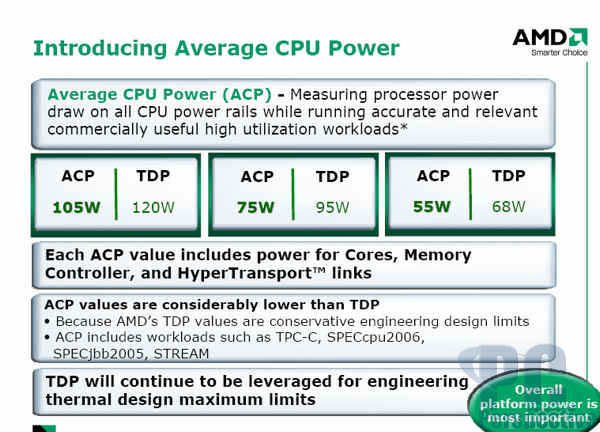 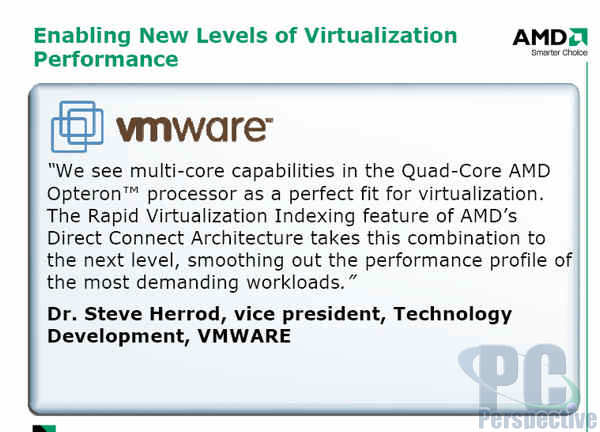 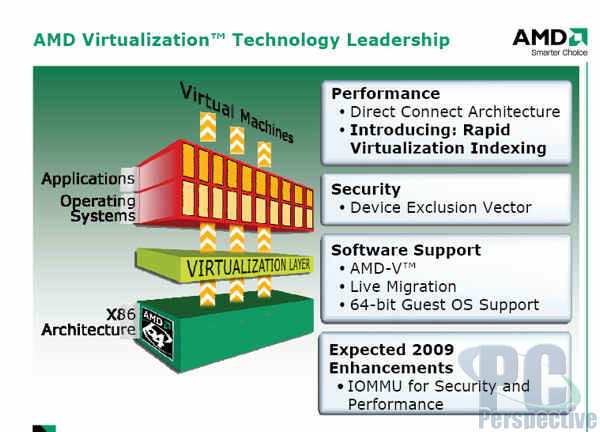 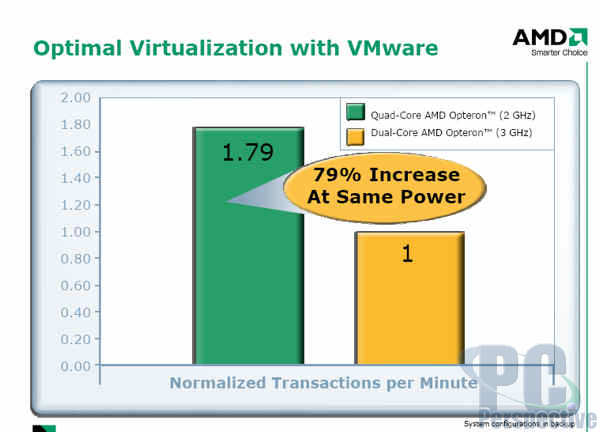 Virtualization performance is going to be very important in the corporate world in the coming years as the software for it becomes more prominent.  VMWare, probably the leading provider of virtualization software, seems to be impressed with the implementation of VM features that Barcelona has been designed with. 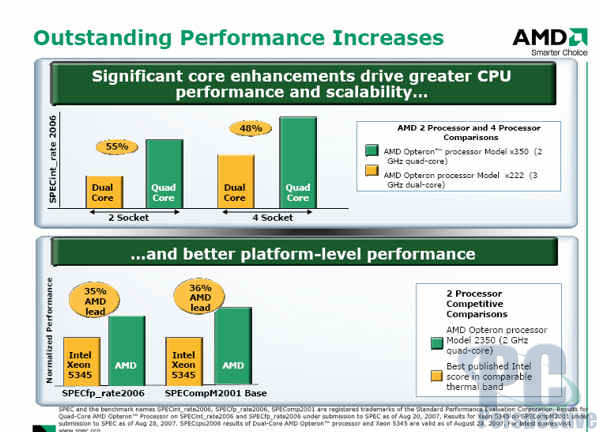 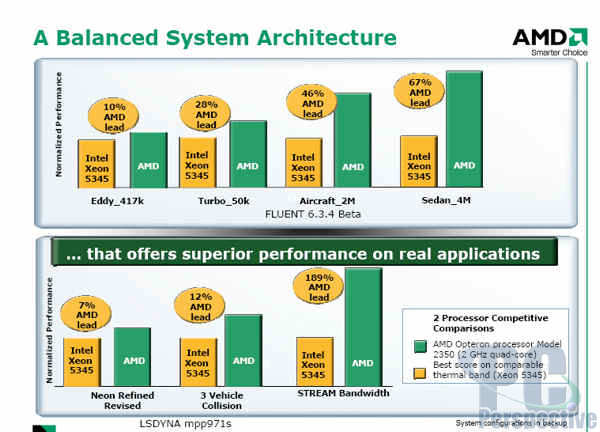 The performance of the upcoming Barcelona processors are compared to the previous generation of Opteron processors and Intel’s Xeon 5345 — which I should note is not even close to Intel’s fastest Xeon quad core processor. 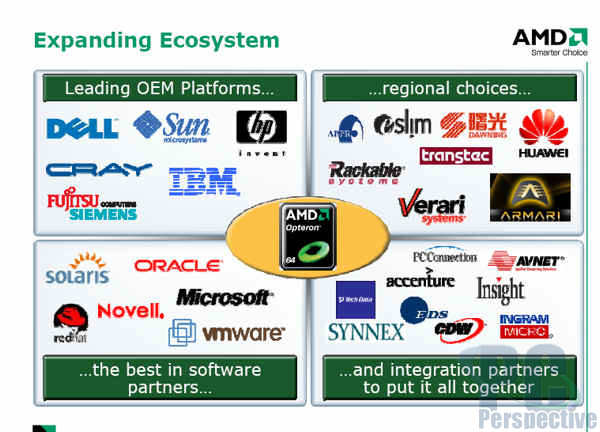 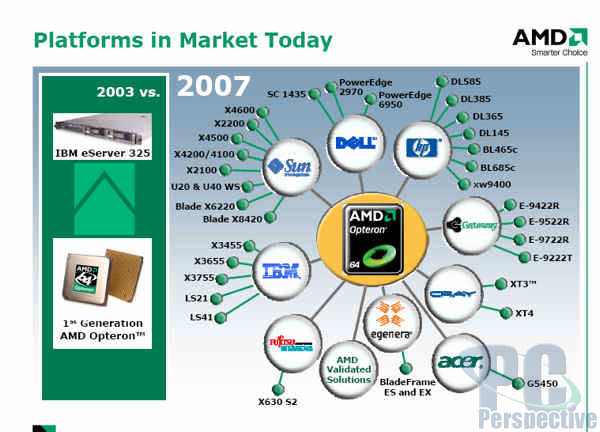 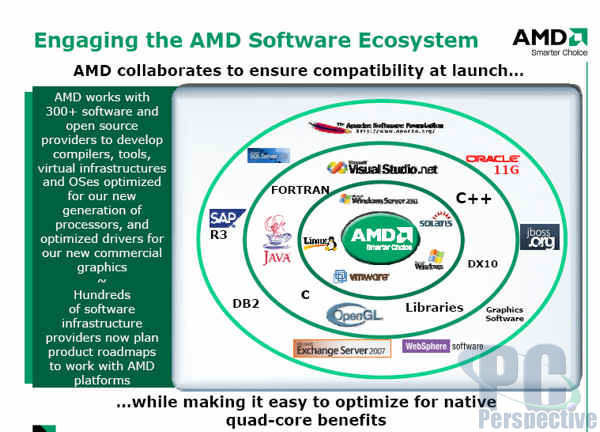 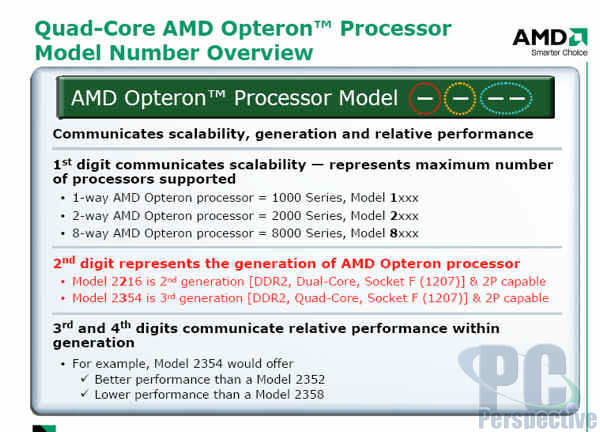 The model numbering scheme stays much the same, with the change of only the 2nd digit from the left indicating the difference between a two-core and four-core processor. 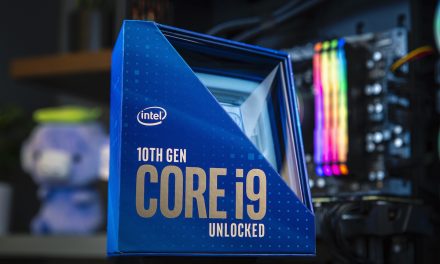