The Asus Blitz Extreme motherboard (almost identical to the recently reviewed Asus Blitz Formula motherboard) offers us a lot of overclocking options and allowed us to test the memory kits that Corsair and Super Talent sent on a board that is DIFFERENT than the one both companies recommend on their websites; that only seemed that an independent reviewer would need to validate any testing.

First up is the Corsair 1800C7D modules. 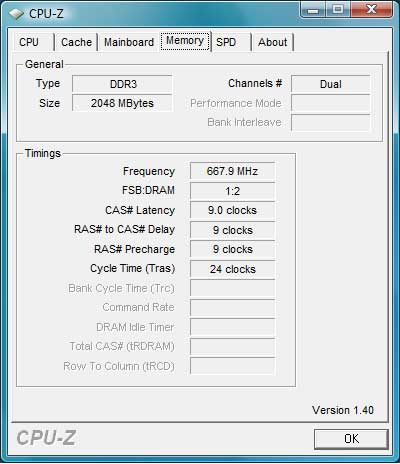 The SPD settings on the Corsair modules set the memory at 1333 MHz with a modest latency configuration of 9-9-9-24.  Most P35 motherboards will be able to support these memory speeds (it’s a simple ratio adjustment) and the Intel X38 motherboards should as well. 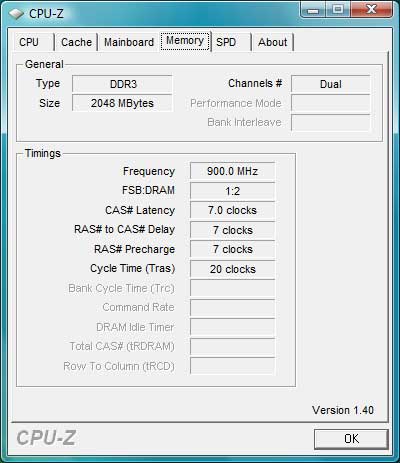 In order to set the memory at 1800 MHz, we had to overclock the system front-side bus and the total CPU frequency because of it.  The closest we could get to our stock frequency of 2.66 GHz was with a 6x multiplier and a 450 MHz FSB for a total of 2.71 GHz CPU speed.  For that reason alone, memory benchmarks will end up being faster than if we could just overclock the memory bus, but we’ll take that into account in our results summary. 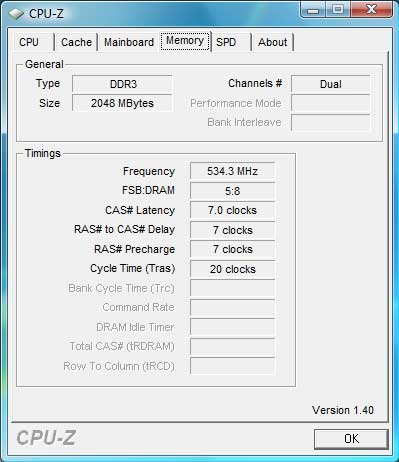 The Super Talent memory SPD settings are a step down from what Corsair had set: DDR3-1066 MHz with a latency configuration of 7-7-7-18.  This means that the average user that just buys the memory, plugs it in and runs at the system defaults (which I do a lot on personal systems) would get a slight disadvantage in memory speed with the Super Talent kit. 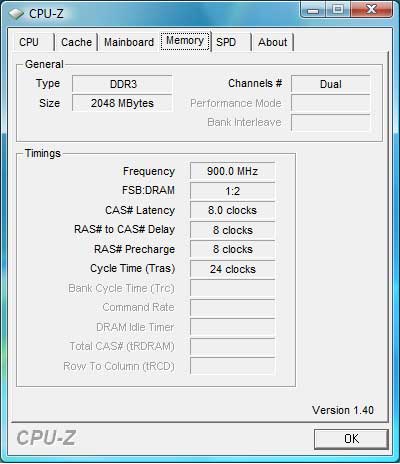 You might notice that we are testing the Super Talent memory at 1800 MHz, not the 1866 MHz that the kits are quoted to run at.  I was unable to get the 466 MHz FSB to run stable on the Blitz Formula with the 1.9v the modules are speced at.  Even at 2.0v, and increasing the power to the north bridge the memory wasn’t as stable was we saw the Corsair kit be.  Moving it down the 1800 MHz (1804 MHz actually) produced better results but I still had to keep the 2.0v setting in the BIOS.

In our first look at the two memory kits, the Super Talent set was a bit of a let down simply because they didn’t meet the level of performance that was promoted; even if that gap was pretty small at 3% or so and required a slight 0.1v increase.

Now that we our real world testing in, let’s see what the speeds actually bring to the system in raw memory performance.

[H]ard|OCP falls in love with RAM all over again