Intel let us play around with their upcoming 8-core Skulltrail platform that will use SLI technology to make it the fastest gaming system on the planet. See some initial benchmarks and pictures inside!

At IDF yesterday, Intel let us into a little gem of a room with a few demo systems setup and a surprising amount of plastic skeletons.  Inside we found our first taste of Intel’s new Skulltrail platform and were able to see the beasts at work in some standard benchmarks.  As always, since these tests were actually setup and run by Intel, I caution all to take the information with a grain of salt, though I don’t think Intel is trying to pull the eyes over anyone. 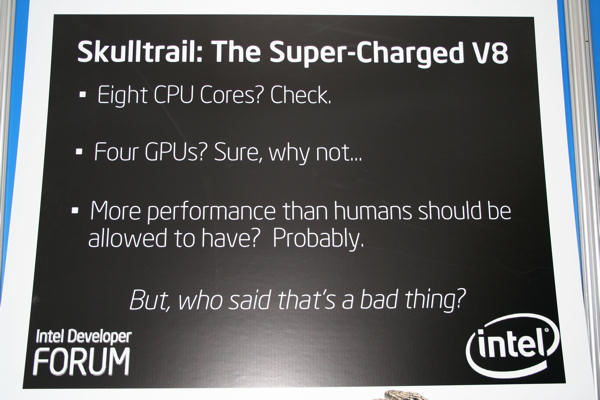 It’s nice to see these guys have a sense of humor! 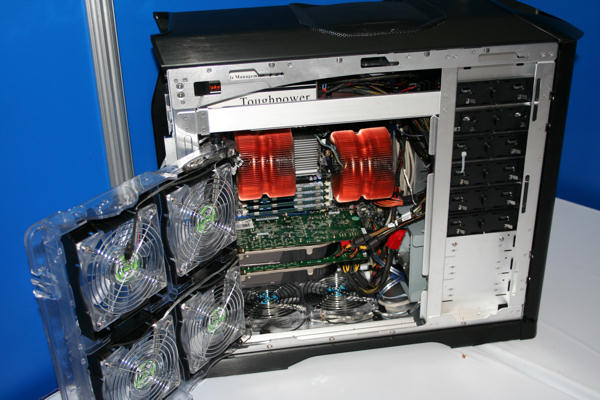 Here is the inside of a typical Skulltrail platform system: two Yorkfield processors (though they are in Xeon packaging with a 771-pin out configuration), 4GB of FB-DIMM memory, a motherboard based on Intel’s Seaburg chipset and two NVIDIA G80 graphics cards.  As I talked about yesterday, these motherboards will support NVIDIA SLI technology courtesy of a one-time deal and an NVIDIA MCP on the motherboard to boot. 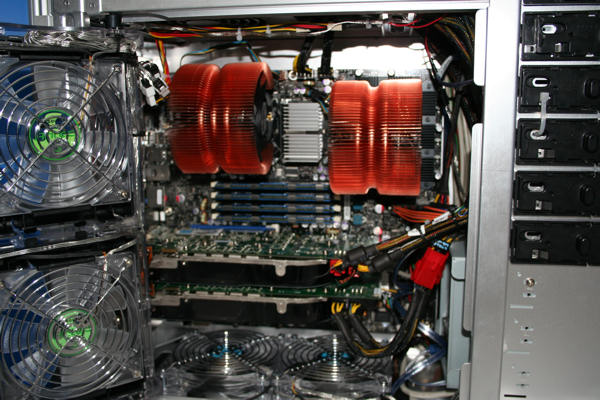 Here is a close up of the Skulltrail system — obviously this is some serious hardware! 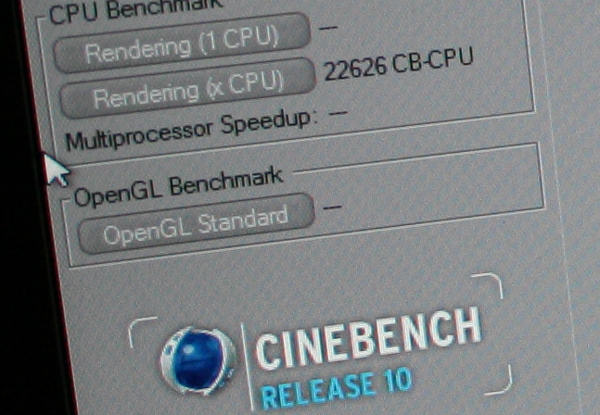 The test system we were shown ran Cinebench 10 and came back with a result of over 22,000 points — by far that fastest we have seen here at PC Perspective.

The other benchmarks below were run by Intel and provided to us on a spreadsheet — I didn’t run the tests or verify any of the systems.  That being said, Intel wasn’t out to fool us last year with Core 2 Duo and I expect the same here.

The two systems compared are a dual-CPU Skulltrail system and a single 45nm quad-core Yorkfield processor based system.  The dual-CPU system was running G80 SLI while the single-CPU system was only using a single GPU.  Also, the Skulltrail board featured 4GB of FB-DIMM memory while the other system was based on the X38 chipset from Intel and featured 2GB of DDR3 memory.

The results are obviously impressive — we don’t have any non-Penryn core based parts to compare it to but it’s hard to argue against a 17k+ 3DMark06 score! 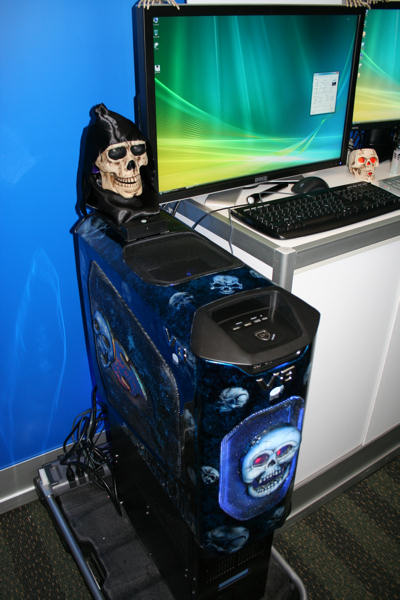 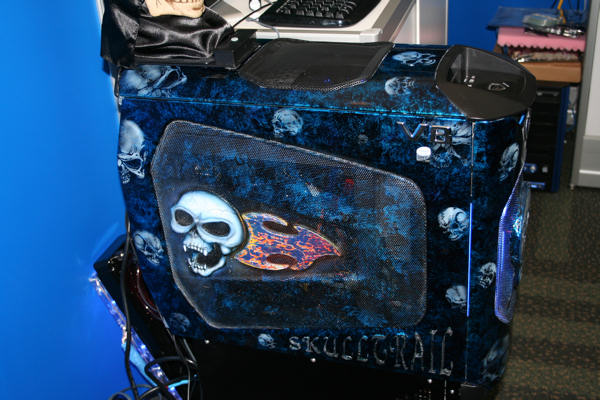 These shots are a from a test system that Intel is developing to show off the power of the Skulltrail platform. 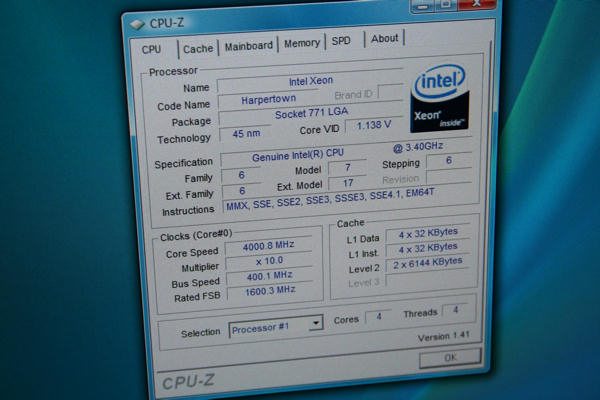 They were running it with water cooling on the CPU, north bridge, memory and graphics cards and had the processor clocked at 4.0 GHz as you can see above.  Intel told us to expect a lot of updates from them on the Skulltrail overclocking projects as we get closer to the launch period sometime in early 2008.

Looking at the performance of Intel’s Skulltrail platform with its pair of quad-core processors was certainly exciting, but we’ll be even more impressed when we get it in house and it lives up to the claims they presented.  No matter how you slice it though, Intel is well ahead of AMD in the process technology field and the 45nm ramps on Penryn and Yorkfield are a testament to it.

The rest of 2007 and the first quarter of 2008 are going to be VERY busy for us and PC Perspective and VERY exciting for the world of enthusiasts! 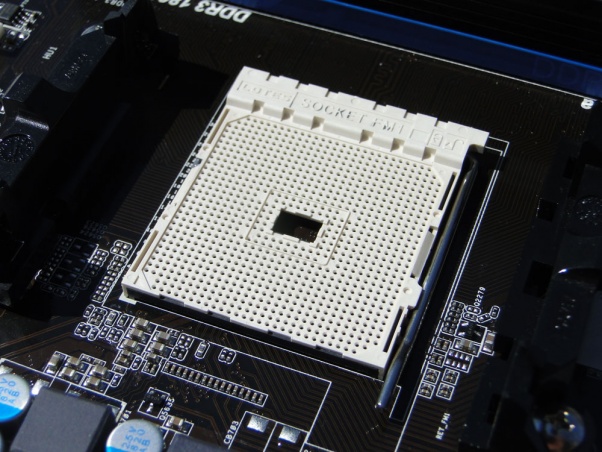