We get a hold of some interesting information on the upcoming RV670 graphics card from AMD just as the release of NVIDIA’s 8800 GT card is about to hit. Coincidence? I think not.

If you were company A, and you knew that company B was going to release a new part today, and that part was supposed to be pretty impressive, what might YOU do?  If you had your own part coming down the pipe very soon as well, and were confident in it, would you maybe try to sabotage company B’s launch?

Of course you would!  And it would appear that AMD is doing just that by seeding some information about their upcoming RV670 GPU that is going to compete against NVIDIA’s upcoming product.  Nothing wrong with that — just ask Intel after it spent months and months “previewing” Core 2 architecture parts against AMD’s CPUs before Intel’s actual launch.

Regardless, information is information and we’d be horrible staffers here at PC Perspective if we didn’t share it with our readers.

There are two sources for this article; one is a presentation that has AMD’s name all over while the other is an AMD white paper on the new Direct X 10.1 architecture (we have saved it for you to look at yourself here).

This might confuse some of you out there that have been hearing that the RV670 was simply a refresh and die shrink of the R600 core we saw in the HD 2000 series.  My guess is that because of the lack-luster response to the HD 2900 and 2600 cards that getting away from the semi-negative name branding seemed like a good idea to corporate at AMD — and we can’t say we blame them.

One of the most impressive parts of this GPU from AMD is the fact that this is Rev A hardware that they are going to be launching with.  That means that the very first version of the chip was near-flawless and didn’t require a lot of tinkering or work to get right.  That leads me to believe that the GPU performance and power consumption is going to be very impressive.

Another note on the slides we saw confirmed the coming of Quad-GPU CrossFire configurations for AMD’s RV670 part.  Since the card will likely be a single slot cooler, the move to quad graphics cards is more feasible that it might initially appear.  Coupling the RV670 with the also upcoming RD790 chipset will provide a compelling platform for gamers if the performance of the GPU lives up to the claims.

AMD is also indicating that they have optimized the RD790 chipset or multi-GPU configurations including 2-way, 3-way and 4-way setups.

Perhaps the most surprising information from AMD about RV670 is the fact that it is going to be the first DX10.1 compliant hardware — something the upcoming NVIDIA hardware can’t claim.  Many people have been debating the importance of the DX10.1 changes over DX10, and it makes sense that AMD is going to be pushing the differences while it has the edge of the other green team in that area.

AMD’s slides makes claims about “more realistic environments” and “improved programmability” with the move to DX10.1, but we all know that these vague terms are meant to overstate the changes.  What is really getting a face lift in next step for DX10?  The changes in DX10.1 are detailed in the PDF I mentioned above, but I’ll go through some of it real quick here as well.  Changes in shading and texturing capabilities, anti-aliasing and tighter specification requirements are all detailed.

The shader model is being upgraded to Shader Model 4.1 to add features improving global illumination and shadowing, deferred rendering performance and LOD instructions. 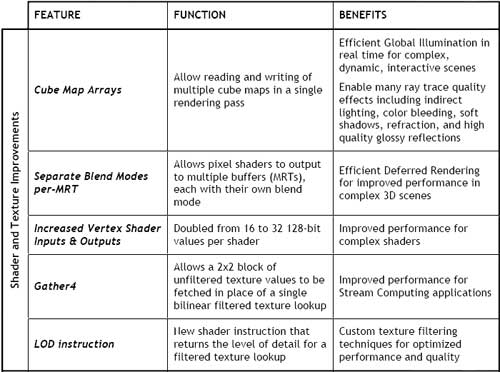 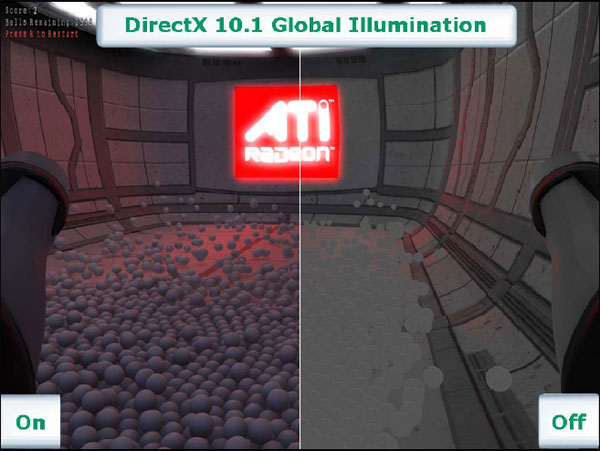 Perhaps the more interesting changes come in the form of anti-aliasing features where deferred rendering engines (like the Unreal Engine 3) could now enable AA support.  Not only that, but custom AA filters are now possible in DX10.1 directly, and can be written in shader form by the developer — after all who would know better how to improve the IQ of their title than the developer? 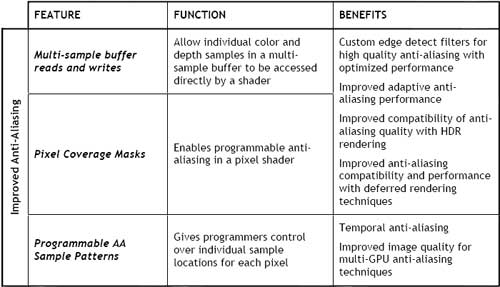 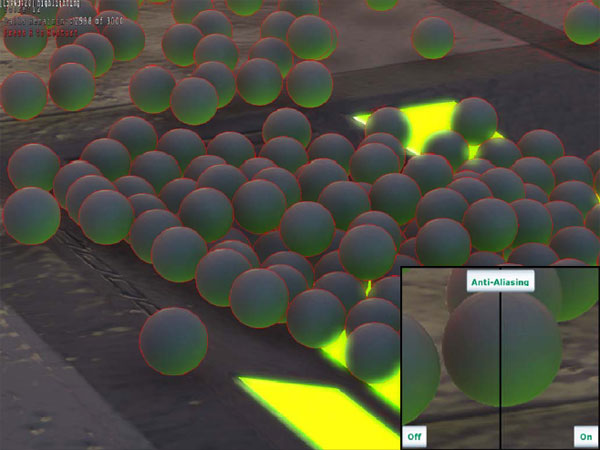 Finally, tighter specifications on things like FP32 filtering and having a minimum of 4x MSAA support should ensure AA performs identically on all Direct X 10.1 GPUs. 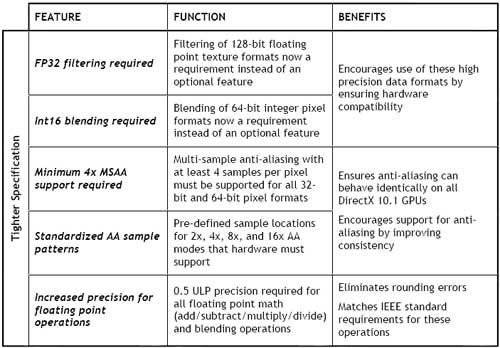 There is more to all this than we know quite yet — after all as of this writing neither AMD nor NVIDIA has actually released their upcoming graphics cards to the world.  We’ll know much more about the NVIDIA 8800 GT very soon and we’ll have all the details about the HD 3800 cards in just a couple weeks.  I told you the rest of 2007 was going to be very exciting for hardware enthusiasts — would I lie to you?  🙂