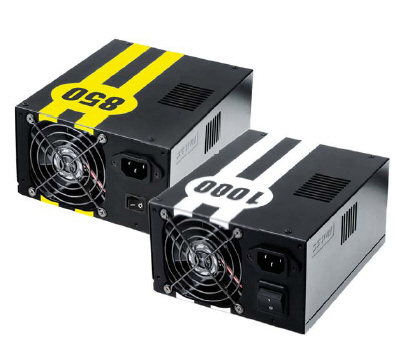 Ideally we would like to see no AC ripple (repetitive) or noise (random) on the DC outputs – the cleaner the better!  But in reality there will always be some present.  I measured the amplitude of the AC signal (in millivolts, peak-to-peak) to see how well the power supply complied with the ATX standard.  The following table lists the ripple/noise results during all of the load tests for the four main output voltages of interest.

Up until know, most of the test results have been very good.  Unfortunately the Quattro 1,000W power supply exhibits a mixed bag when it comes to AC ripple suppression.  The +5V and four +12V rails are OK, starting out low and staying well below the maximum allowable specs even at the full 1kW output.  However, the +3.3V and +5VSB outputs are another story.  The +3.3V rail started out fairly quiet but quickly became active as the load increased.  At 999.9W DC load, the +3.3V rail had reached the maximum allowable limit of 50mV p-p.

Even more disappointing was the AC ripple present on the +5VSB output.  It started out active and quickly went out of spec, increasing to 100mV p-p under the full 1kW load.  The +5VSB section remains powered up and active even when the PC and the rest of the PSU is turned off.  The motherboard uses +5VSB power to turn on the PC when the power-on button is pressed but +5VSB may also be used to power USB headers.  Having a very noisy +5VSB output is not what I want powering the memory chips in a USB flash drive.

Power factor (PF) is one of those mysterious properties of AC that even most electrical engineers have a hard time explaining.  I’m only presenting a brief overview of the subject – for a more detailed discussion about PF, please see my expanded comments in this review.

I measured the AC Power Factor with an Extech power analyzer at both 115 VAC and 240 VAC input voltages.  The Quattro 1,000W power supply uses Active PFC circuits so as expected; the majority of readings were close to 1.0.

How about a little SSD envy

The more you know 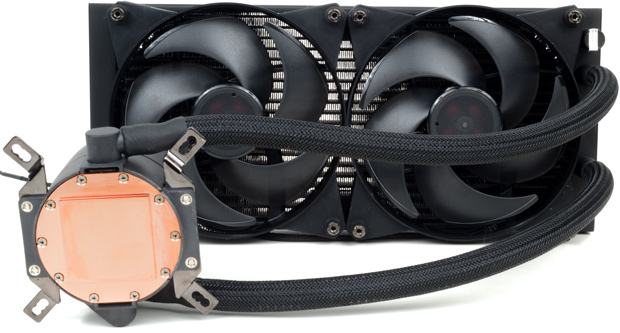 The master cooler itself, the Cooler Master MasterLiquid Pro series