Motherboard manufacturers like Asus have come to LOVE to heatpipe cooling solutions that offer great heat dissipation as well as noise-free cooling.  The Asus P5E3 Deluxe motherboard is yet another board that improves implementation of this design and is actually pretty good all-around. 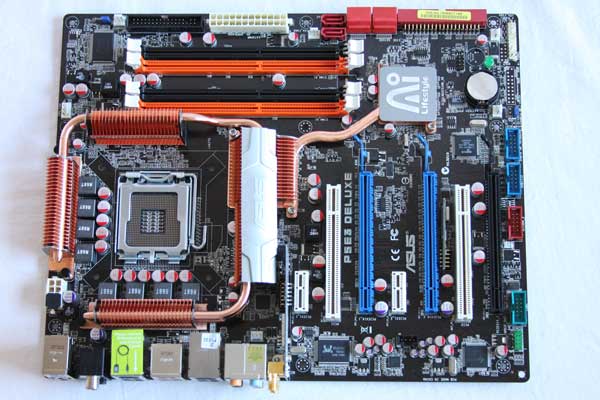 
The overall view of the motherboard shows nothing that looks particularly intriguing except for the beefy heatpipe coolers.  But there is more than meets the eye here, and though the P5E3 Deluxe motherboard doesn’t transform, it has some gems at the surface. 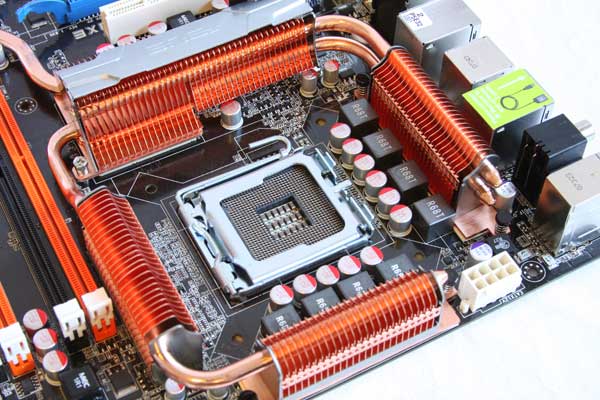 The heatpipe cooler itself covers everything from the south bridge, north bridge and the MOSFETs and power regulation components around the processor.  As is nearly standard with Asus motherboards, the three sets of cooling fins that surround the CPU socket can accept optional Asus fans for additional cooling or if you use non-active processor coolers. 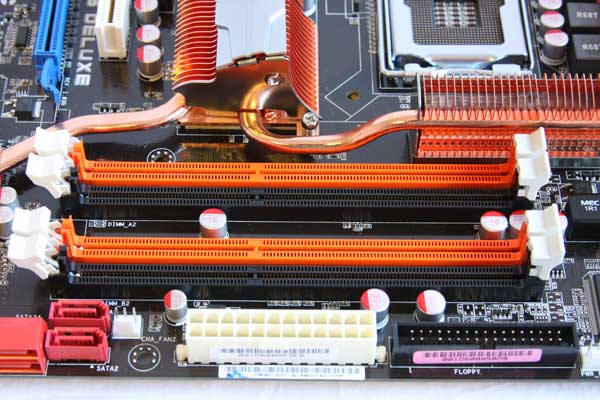 The four DIMM slots on the Asus P5E3 Deluxe motherboard are for DDR3 memory — that’s important to note and for readers to remember.  This X38 motherboard uses DDR3 memory where as the first Gigabyte X38-DQ6 motherboard we reviewed used DDR2 memory.

You can also see the ATX power connector and floppy channel well placed and positioned for good case installation. 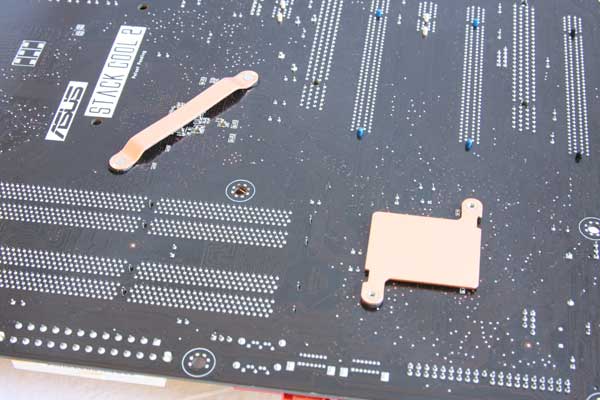 On the rear of the motherboard there are chipset heatsink retention plates, necessary because the heatpipes that Asus used on the P5E3 Deluxe are quite heavy. 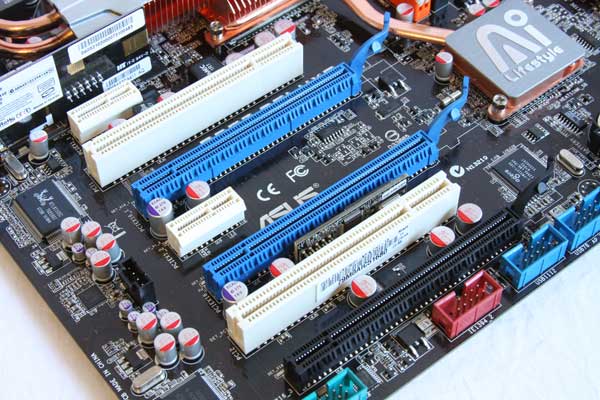 The expansion configuration on the board consists of three PCI Express 2.0 x16 slots, an upgrade provided by the X38 chipset that is offered on no other core logic solution for now.  PCIe 2.0 provides twice the bandwidth of the original PCIe 1.0 though the use of that bandwidth is still in question with no PCIe 2.0 graphics card available.  The two blue colored slots are physically attached to the north bridge and are a full x16 lanes of PCIe 2.0 while the black connector is using PCIe 1.0 at x4 lanes attached to the Intel ICH9 south bridge.

There are also two PCIe x1 slots on the board and two legacy PCI slots.