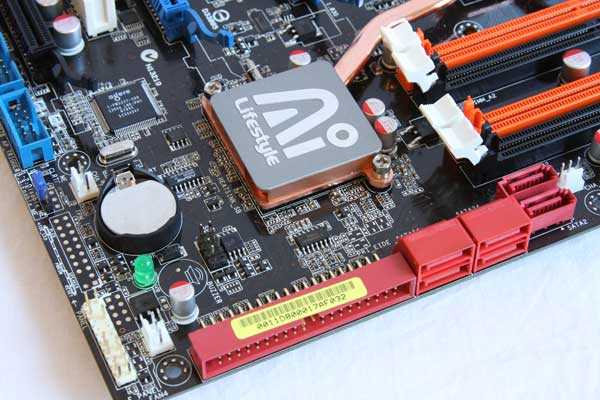 Looking at the bottom of the motherboard we see the various connection options that the Asus P5E3 Deluxe has to display.  The ICH9 south bridge (covered by the smallest heatpipe component) supports six SATA ports while the JMicron JMB363 chipset provides two more SATA connections used for eSATA connections and the one IDE channel with support for two PATA devices.

Asus still is using the genius case front panel connectors called Q-Connector that allows easy connections of your case lights/switches to the motherboard. 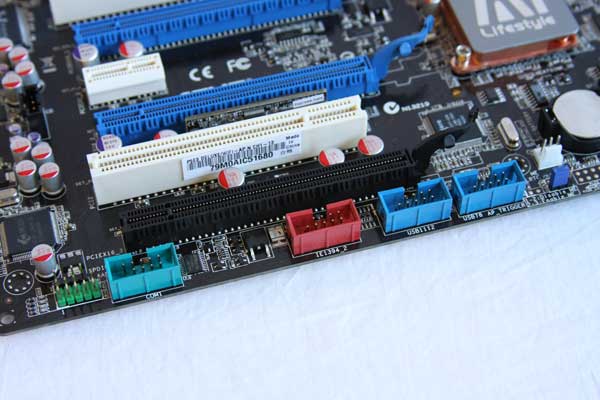 Along the bottom below the last PCIe slot there are numerous connections for additional storage device dongles.  The Asus P5E3 Deluxe has openings for (going left to right) external audio connections, a legacy COM port, Firewire and two USB connections. 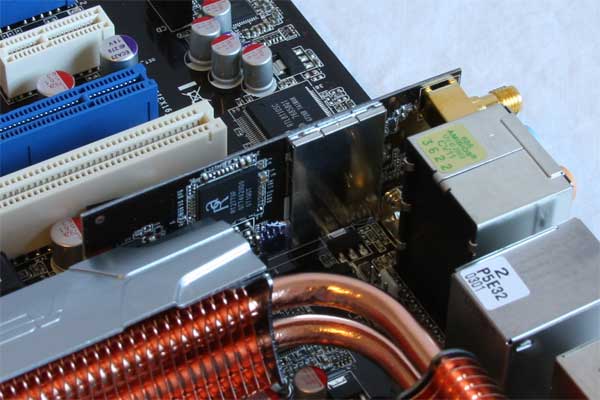 Here’s something you might have expected: a dual-connection WiFi board that is attached directly to the main PCB.  This will give you two separate WiFi antennas with the ability to connect to two different networks simultaneously. 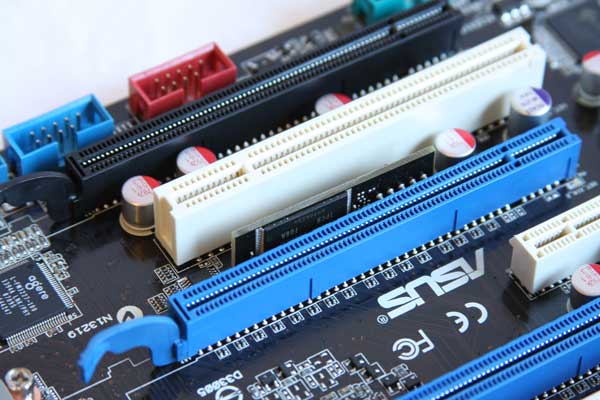 If you look carefully between the blue PCIe x16 and the legacy PCI slot you’ll see another small PCB with some flash memory on it.  This is called the Asus ExpressGate and allows Asus to put a small, but quickly loaded operating system for nearly-instant system usage from a cold boot.  This is one of most interesting and unique features of the motherboard that has unfortunately been overlooked by the mainstream enthusiast media.  We’ll look at the OS that Asus has included on it later in the article. 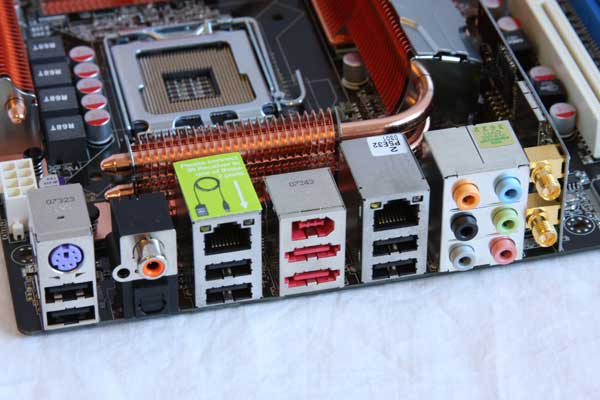 Looking at the external connections, the Asus P5E3 Deluxe has quite an allotment of features.  There is only a single legacy PS2 port on the board to make room for two of the six available USB 2.0 ports.  They have included support for both optical and coaxial digital audio outputs as well as the necessary connections for 8-channel analog audio output.  There is a single Firewire connection placed above two eSATA ports and there are two Gigabit Ethernet drops as well. 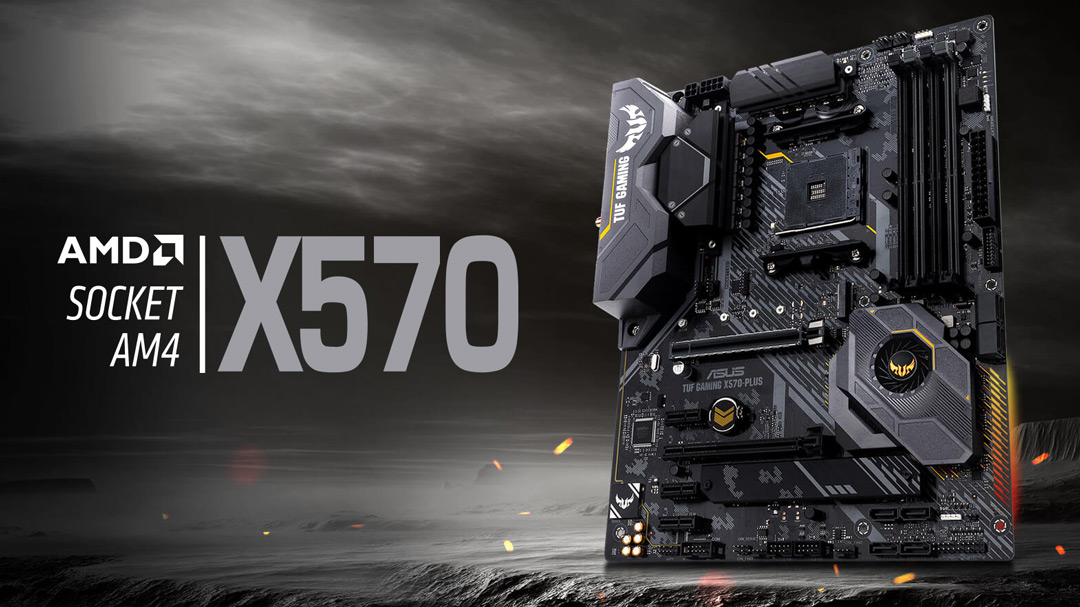 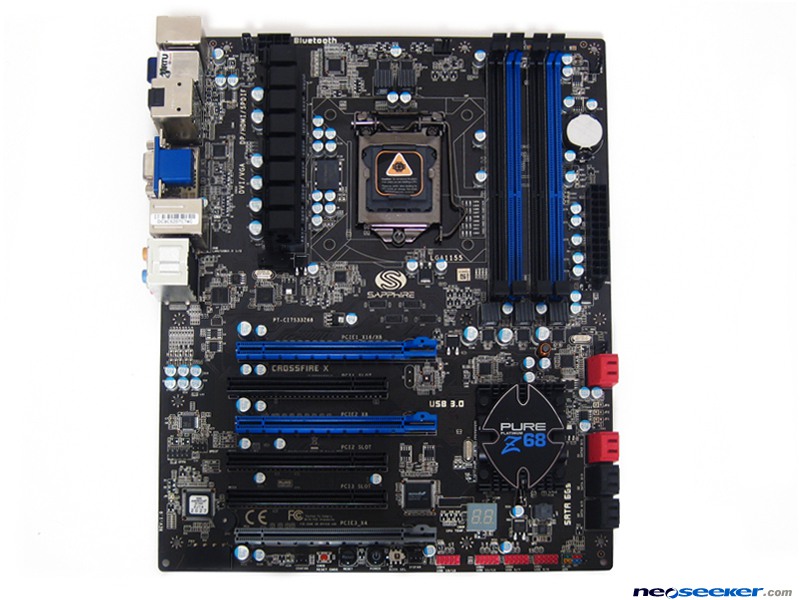