DX10 gaming is finally here and we take all the current titles out for a spin with high-end cards from NVIDIA and AMD to see which ones come out on top.

DirectX 10 gaming has been promised to us for a LONG time: it was way back in November of last year that we saw our first bit of DX10-ready hardware in the NVIDIA GeForce 8800 GTX graphics card.  Since then, we have had Microsoft’s Vista operating system released to consumers in January and AMD/ATI joining the DX10 graphics card market in May.

Games are another story, as they have been dripping out in demos, technology showcases and patches since the beginning of the summer.  Both sides of the hardware dispute have been throwing punches at the other in regards to “cheating” or other allegations on the first run of DX10 benchmarks but we finally have the answer to all those disputes: retail games that YOU can buy.  Neither AMD nor NVIDIA has excuses now as the games are on shelves and their hardware and software better be up to the task they have both claimed victory in since early this year. 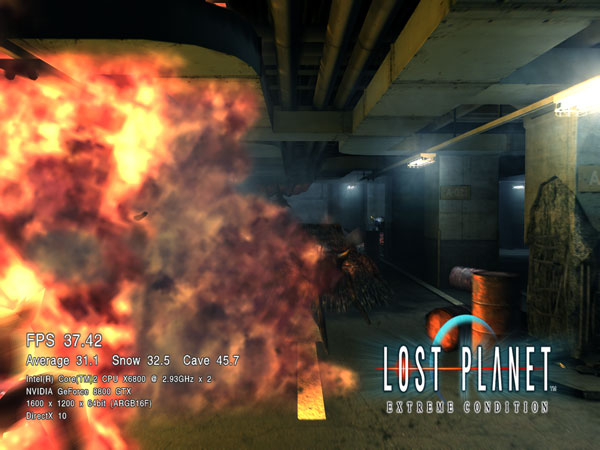 
Lost Planet is another title with DX10 support that we’ll be using in our testing; originally sold as an Xbox 360 title, Lost Planet has some very graphically strenuous sections to it.  The DirectX 10 version adds some newer snow effects, better smoke effect and dramatically better looking shadows.  Lost Planet is one of the slightly “tainted” benchmarks from our DX10 benchmark fiasco article; read up to see any details on that but I think now that the game is in the retail space, it’s definitely fair game.

The other title from that editorial is Call of Juarez, the title distributed by AMD before their HD 2900 XT launch.  Of all the DX10 titles that we are using in this article, I have been most impressed with the visual quality of this one.  Both the DX9 and DX10 versions of the game are impressive, but DX10 adds greatly improved shaders for textures, HDR lighting, water effects and better shadowing.  These effects really add up to a better visual quality under the DX10 version of the game and could be the first really impressive next-gen title. 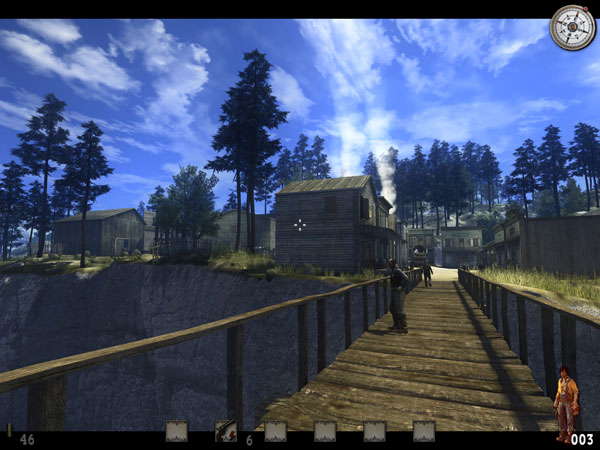 
Bioshock has been one of the best received FPS games in a long time for being more than just a great shoot-em-up game.  Released on both the PC and the Xbox 360, I can personally attest to Bioshock being a great game as well as a good showcase for graphics technology.  Bioshock was first released on the Xbox 360 though the PC version comes in both a DX9 and DX10 version.  In this title the graphical differences in the DX10 version are somewhat unexciting; you do get some better lighting and sharper shadowing, though I don’t know if I’d say that it is BETTER than the DX9 shadows that are softer.  You also lose the ability to run antialiasing when DX10 mode – a big downside if you ask me.

The final game in our DX10 testing this time around is a real-time strategy game called World in Conflict.  The amount of detail that you can zoom in to see is actually incredible while still being able to maintain a bird’s eye view and quick transitions.  World in Conflict uses DX10 to provide a great soft particle system for smoke effects, a global lighting system that uses volumetric clouds shadowing the earth and volumetric lighting known as “god rays”.  Both visually impressive and conceptually impressive from a gameplay perspective, World in Conflict is the next title on my “must complete” list.

Other DX10 titles are due out soon including the ever anticipated Crysis, Gears of War, Alan Wake and of course Unreal Tournament 3; we’ll be testing them as they become available!