Lost Planet is a 1st or 3rd person shooter that was out originally on the Xbox 360 but then made the transition to a DX9/DX10 title for the PC this summer.  Set in a frozen world where you have to kill the opposing aliens in order to sustain enough heat to stay alive, Lost Planet has some visually impressive settings that make it a good benchmark title. 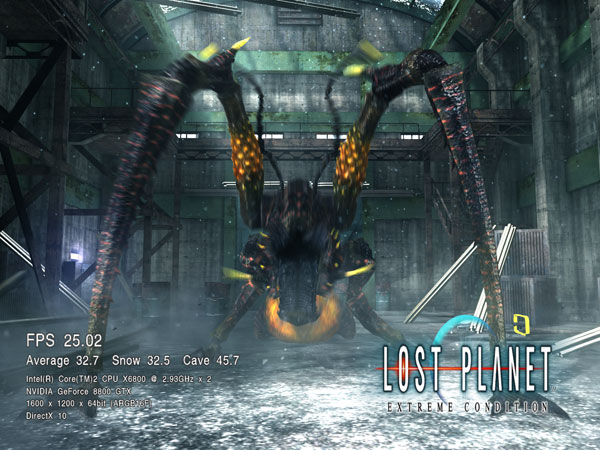 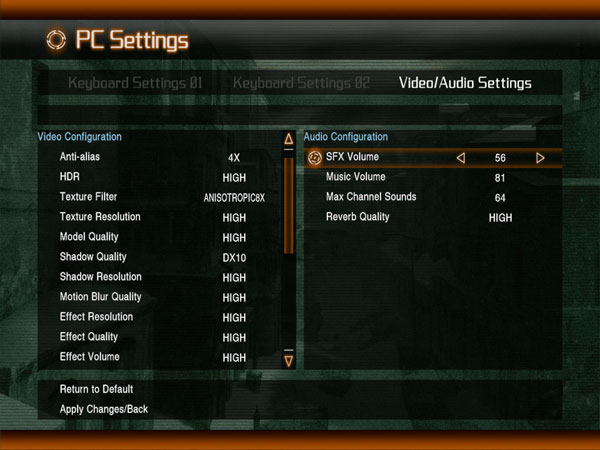 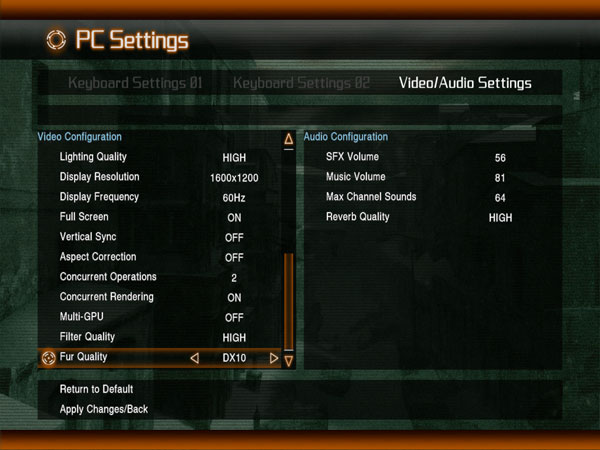 There are few DX10 settings that you can enable to adjust for which shader path you would like to use that are only available on Vista when a DX10 card is detected. 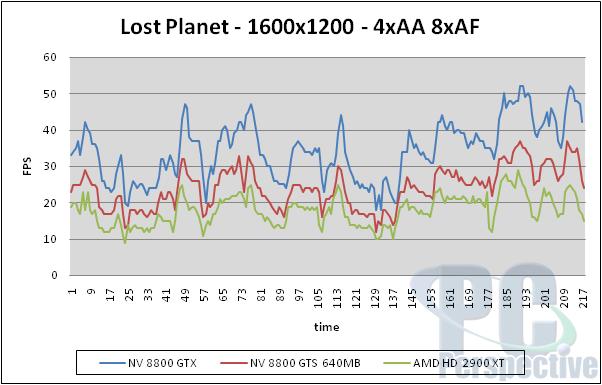 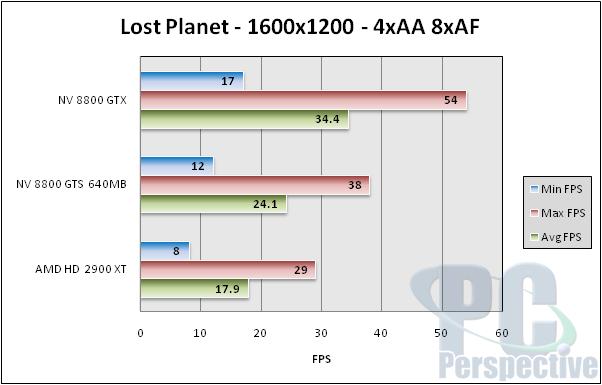 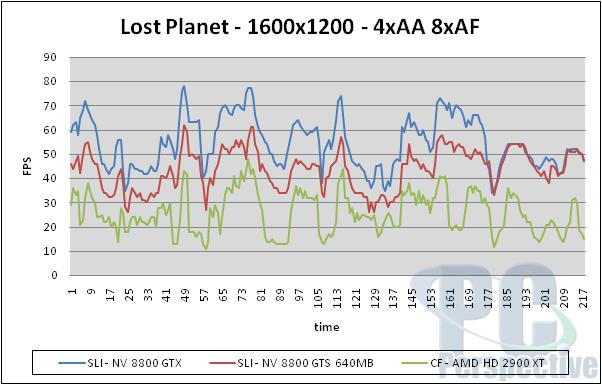 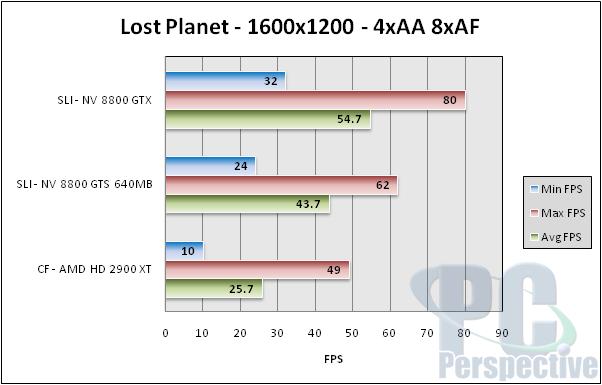 The SLI performance on Lost Planet is pretty good, getting nearly 60% average frame rate gain by adding a second 8800 GTX card or a more impressive 81% gain with the 8800 GTS 640MB cards.  The CrossFire setup with a pair of AMD HD 2900 XT cards does scale at about 43%, though I am disappointed to see the minimum frame rate only jump up a couple of ticks here — both of NVIDIA’s SLI setups nearly doubled them. 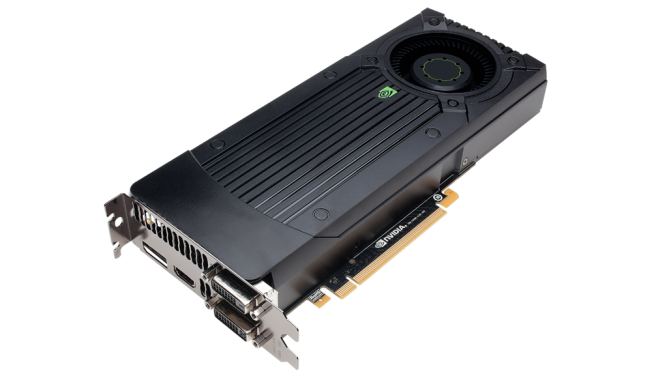