Intel’s new Yorkfield core processor, based on the Penryn design, is unveiled today and could be the fastest processor we have ever tested at PC Perspective. Come in and see how gaming, media encoding and CPU power consumption will all change.

The introduction of the new Penryn core enhancements to Intel’s desktop product line up is known as Yorkfield.  That core designation has existed for some time and most PC enthusiasts have been looking forward the updates in performance, features and power consumption that Intel’s move from 65nm to 45nm process technology could bring.

The new Yorkfield processor is finally here; at least here for us.  The launch of the products won’t take place until a couple of weeks from now so you’ll have to fawn over our performance numbers for a bit longer than you might like.  On the bright side, that could help with time gathering enough cash to make the purchase of this new Extreme CPU.

The Penryn-based Yorkfield core brings with a couple of key updates that will make the processor even more impressive than its brethren.  At the heart of all the change is a migration from Intel’s 65nm process that all Core 2 Duo processors have used up until now to the smaller, more power efficient 45nm technology.  Less die size doesn’t always mean less power and heat, but in this case the 45nm process that Intel has developed seems to have no problems delivery on that part.

Shrinking the transistors by another 30% or so has allowed Intel to make some feature changes as well.  First, the Yorkfield quad-core CPU that we are reviewing here today, the QX9650, has 12MB (!!) of L2 cache compared to the 8MB that is on the QX6850 and all other previous Core 2 Quad CPUs.  A 50% increase in cache size won’t deliver 50% performance boosts of course, but you will that it definitely adds a little kick in their step.

The other major change introduced here is the integration of a new SSE4 instruction set meant to enhance multimedia performance on the CPU.  In most cases, these instructions need to be addressed directly in software for the performance advantages to be seen, but Intel has already been working with popular codec company DivX and SSE4 support has been in it since version 6.6.7. 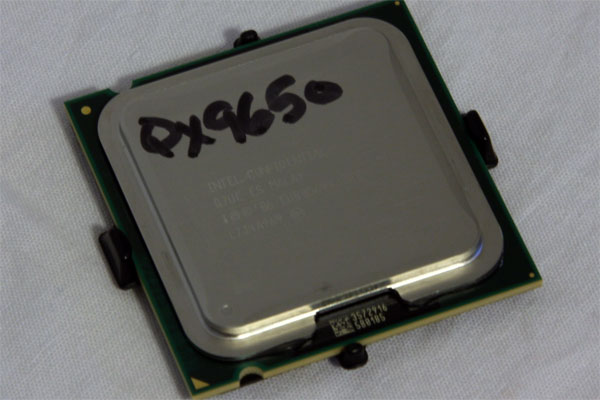 Other than that, the changes in the core are at a much finer granularity than we are going to cover here.  What we are most interested in is the sum total of all these changes on performance – how much faster is this CPU than the previous flagship enthusiast part and how does it perform when factoring in power consumption.  We’ll have all these details and more! 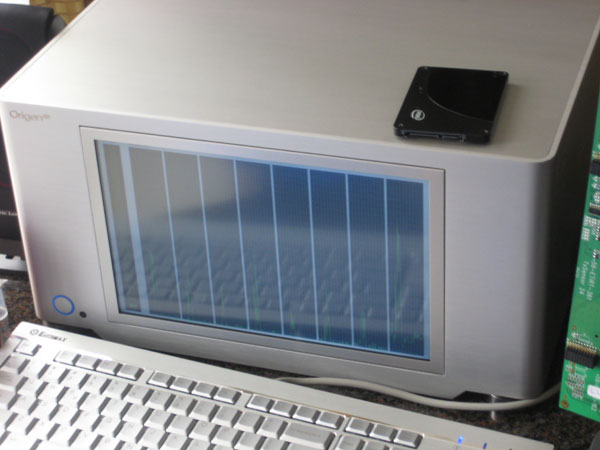