Now that I’ve spent almost a full day with the game, I am pretty sure that most of our readers will be able to play this game on their systems without a major upgrade.  If you are willing to hit a resolution of 1600×1200 or less and not max out the shader bars in the options, most 7-series and X1k series of cards should be able to play it comfortably as well.

Unlike the upcoming Crysis game that has minimum system specifications that are scaring the dollars out of a lot of gamers’ wallets, it would appear that Epic spent more time on scalability and wanted to get UT3 into the hands possible.

By far the best graphics card in my initial testing is NVIDIA’s 8800 GTX card; when it comes to getting the most of out of Unreal Tournament 3 8800 GTX owners will have bragging rights for sure.  I was able to play all of the demo maps at resolutions as high as 2560×1600 with all the quality levels turned up to their peak in the game settings with smooth frame rates giving me a great gaming experience.  The frame rate lock of 60 FPS keeps us from seeing how much faster it really is than the HD 2900 XT or 8800 GTS cards, but keeping the frame rate near 60 is obviously the goal at Epic.

The AMD Radeon HD 2900 XT turned out to be the next best card for our UT3 gaming tests. It wasn’t really in a competition with the 8800 GTX because of prices, but at all 1600×1200 tests and even most 2048×1536 tests the HD Radeon 2900 XT had very similar performance results because of the 60 FPS lock.  In some instances the HD 2900 XT did have a lower minimum frame rate and had more spikes downward than the GTX, and that did give the edge to the GTX in most cases; but not by much.  At the 2560×1600 testing though the HD 2900 XT had a much harder time keeping up with NVIDIA’s flagship. 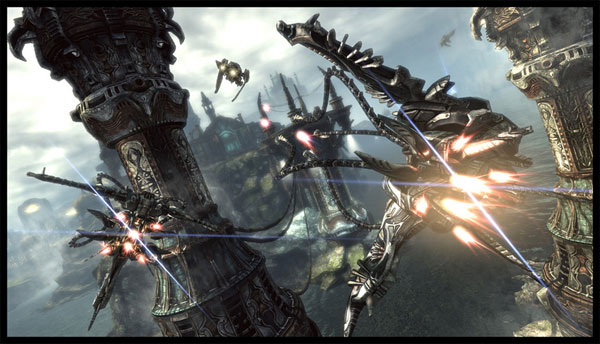 
The NVIDIA 8800 GTS 640MB card was another great performer in our UT3 testing, coming in just behind AMD’s HD 2900 XT in the majority of our tests.  The results here were close though; the GTS card was never a HUGE step behind the 2900 XT in performance but at the higher resolutions and on the more “open” maps the difference was larger than I am sure NVIDIA wants.

The other two mid-range contenders, the NVIDIA 8600 GTS and the AMD HD 2600 XT, were very playable at 1600×1200 with all the eye-candy turned on.  Frame rates would have been smoother had we lowered the image quality settings a notch or two, but I wanted to push these cards as hard as I could.  The differences between the two competing cards though were minimal and you’d be hard pressed to tell the difference with either.  If you are running at 16×12 or lower resolutions and already have one of these, you can be confident your UT3 experiences will be pretty good.

I was surprised to find that the Unreal Tournament 3 demo scaled pretty well across the board with NVIDIA and AMD graphics cards without having drivers that were specifically compiled with UT3 code in them.  Yes I did have to “trick” the NVIDIA drivers into running the right SLI modes with the 163.75 driver but I would expect that right at launch or just after, NVIDIA will have an updated beta driver with the profile fix included.

Because of the 60 FPS lock on the game, the gains we saw with our high end cards going from a single card to two GPUs were somewhat muted though the benefits were still “tangible” during in-game play.  The mid-range cards see the big advantage here as you can clearly increase your resolution and image quality by adding a second GPU to your system if you are SLI or CrossFire ready.

First, let me say that image quality between the NVIDIA and AMD cards was identical.  I took some of the screenshots on the previous cards with an NVIDIA setup and some with the AMD cards, and I challenge anyone to tell me which is which.  🙂

The game itself is INCREDIBLE looking, if not as amazing as some other titles were expecting, like Crysis.  It still boggles my mind that the engine doesn’t have support for antialiasing in it, a feature that has been standard for years now.  The game’s design and textures are built in a way that the edge aliasing isn’t as bad as you might expect but there are instances, especially on Shangri La and Suspense, that I saw “jaggies” and cursed slightly under my breath.  With the power of the 8800 cards and the HD 2900 XT obviously being held back by the 60 FPS lock in the game, that extra power could go to AA to present a much better gaming experience overall. 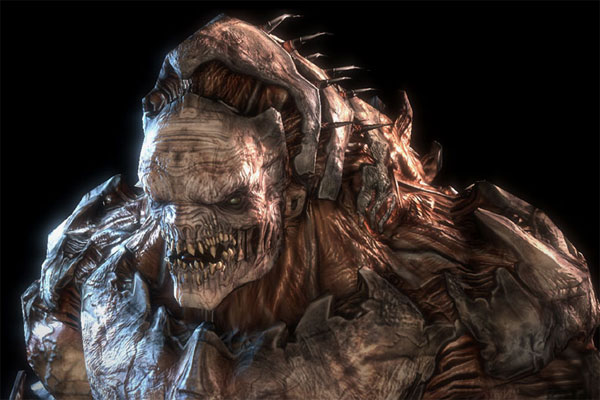 
And let me just say this: the initial screen shots we saw of the Unreal Engine 3 were a bit over dramatic when compared to the real in-game aesthetics.  Unreal Tournament 3 is still a great looking game, no need to fib about it!!

I am as excited as anyone about the coming days playing a little UT3 action; it’s a fast paced shooter that has a style all its own.  And it looks like more users are going to find their systems capable of playing it than we originally thought.  Epic has done a great job making the game engine scalable across a wide range of systems.

That being said, if you want to blow away your senses and get the top image quality settings with that super-smooth frame rate we all desire, then NVIDIA’s 8800 GTX card is the way to go.  Our hours of gaming with it were sheer joy and I have no problems calling it the best graphics card for Unreal Tournament 3, period.  Runners up include AMD’s HD 2900 XT and NVIDIA’s 8800 GTS cards, both the 640MB and 320MB versions.  This is one of the few times that AMD can claim the HD 2900 XT can consistently outperform the 8800 GTS card, and the fact that it is in a huge title like UT3 is good news.  The mid-range cards we tested, the NV 8600 GTS and AMD 2600 XT, provided acceptable game play experiences even though they were noticeably slower than the other four cards.

As far as performance goes on NVIDIA and AMD cards — the final decision will probably take weeks or months to pan out as neither NVIDIA nor AMD had the demo at the time I first received it.  So no one has had time to add in the tweaks and fixes in their drivers for the UT3 demo and I wouldn’t be surprised to see beta drivers from both camps in the coming week.

See you on the servers!

Other stories of interest:


If you have any questions or comments on this article or our testing, please drop into a thread I started in our forums to discuss!

Taking the high road and the low road